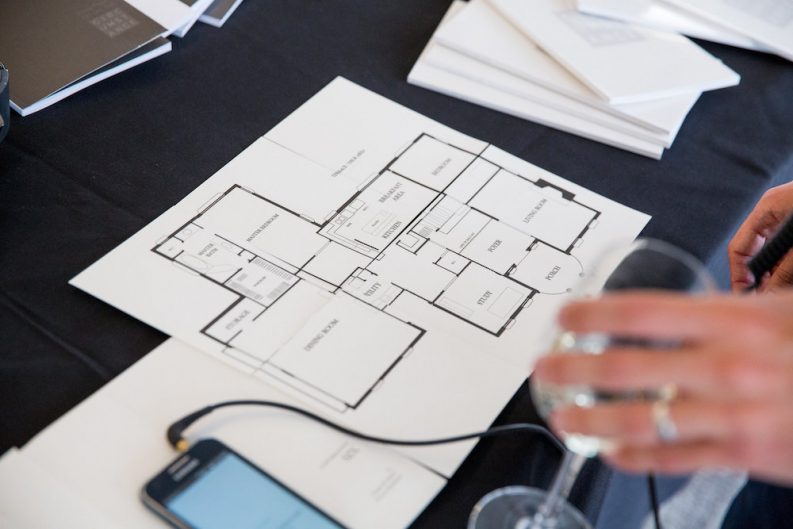 The Ambient Literature project launched at the Hachette UK headquarters in London. “I think that a reader’s experience of narrative is probably universal,” says Dr. Tom Abba, “but I absolutely believe that the medium that’s being used to tell that story has a fundamental influence on how it is told.”

Abba has a Ph.D in interactive narrative, and his research focuses on the convergence of traditional and emerging forms of storytelling. Among other things, he’s an Associate Professor of Art & Design at the University of West England and the one of three directors of Circumstance, where he works with writers and digital developers.

We interviewed Abba as part of our Storytelling Series leading up to this year’s Books in Browsers conference in November, where Abba will speak about his recent work with a project called Ambient Literature, which recently launched in London.

Publishing Perspectives: Do you think the basic principles of a good narrative are universal, or are they changing with the development of the internet, digital content and digital tools?

Tom Abba: I think that a reader’s experience of narrative is probably universal, but I absolutely believe that the medium that’s being used to tell that story has a fundamental influence on how it is told.

As George Steiner puts it in Grammars of Creation, “what one writes can detonate in a viewer’s head with the same resonance that it had when one first put it down on paper”. That detonation, a moment when our eyes open and our minds are on fire, is, I’d argue, what every writer is trying to achieve, no matter whether they’re writing for print or a digital platform. It’s what we want to have our readers experience.

Writing is sharing. It’s transmitting and conjuring. Where I think many digital storytelling projects have failed is in not understanding that writing for this space isn’t the same as a conventional novel, or a film, or theater. The successes, conversely, really do get that the experience of being a digital reader is different.

PP: Do you think consumers are ready for stories that are unbound from a prescribed format (book, movie, TV shows)?

TA: I think that consumers—or readers of any form—are interested in the ‘new’. This might emerge as a fascination with novelty, but as we’ve seen with other formats, what begins as a curiosity can become mainstream very quickly.

Furthermore, it’s useful to consider the ways in which a TV show has changed in format over the last decade or so. What was previously bound to a channel, time and date has become more aligned with the novel (or a set of connected novels) in the way it is constructed. Very evident with The Wire, TV production now foregrounds the collected, ‘binge’ experience as much as it does a conventional, sequential format for consumption.

What we have to do is take careful steps alongside being bold—find the space for experimentation while not forgetting to tell a good story.

PP: At Books in Browsers in November, you and Kate Pullinger are going to present the Ambient Literature project. Can you explain what that is?

[Read more about Ambient Literature here and here, a project that explores how physical location and digital storytelling can merge to create new narrative experiences.]

It’s a collaboration between three universities in the UK. It will also commission a set of publicly available projects starting with a new work by Circumstance’s Duncan Speakman in January 2017, then James Attlee later the same year, and finishing with a ghost story from Kate Pullinger to close out the program of work. PP: One aim of the Ambient Literature project, according to your Books in Browsers abstract, is “to develop a grammar and form for writing Ambient Literary works”. Why is this important?

TA: Because of the need to write for a medium, rather than just in it…It’s been a passion of mine for many years to address Charles Olson’s proposal that “Form is never more than an extension of Content.” So, if Olson (who was describing Black Mountain poetry) was correct, then the reverse is true, too—Content is, in some way, searching for the right Form through which to be expressed.

I’m not suggesting that any story will work in an Ambient Literary way, but one thing we’ve been clear about is that we don’t want to reduce the idea to something tight and defined. Rather, our intention is to open it up, so show by doing, making and thinking.

We’re sure that Ambient Literature asks for writing to be specific, to be thought of in regard to space, situation, and a technological delivery of some sort. It is likely that an Ambient Literature work will have a set of structural affordances that physical books don’t have. It might mix, remix and mash text. It might invite reading in an unconstrained order. It might ask you to get up out of your chair and walk around. It will make use of platforms in ways that a conventional book cannot. These might be subtle, hidden things, or they might foreground the whole narrative experience. PP: Why do you think it’s important to push the boundaries of storytelling?

TA: Because that’s what writers do all the time. Writing the same thing as you did the last time strikes me as the dullest thing in the world.

I saw William Gibson speak a few years ago, and he remarked that he regarded genre as something invented by marketing staffers to persuade book buyers that “hey, you liked this one, here’s one just like it.” It’s an invention of consumer culture. A way of boxing in and deciding what’s this and what’s that. That’s how I feel about formats for things, too—that they’re impositions and that the enjoyment of working and making things is to define what’s new and as yet unknown.

And while it’s always valuable to understand the tropes of the world you’re working in, there are definite advantages to not knowing what you’re doing and operating on the edge of things. It’s how we figure out what happens next, and being there, not knowing how to do things and working them out as you go, is a hell of a way to make a living. Tom Abba and other speakers will present their projects at Books in Browsers (November 3-4 in San Francisco). We hope you’ll join us for these discussions.

This year, Books in Browsers moves beyond the boundaries of books in browsers to examine how images and videos, alongside text, are being adopted to form new narratives, instructional materials, and scholarship, and how this shift is reframing what we expect and how we learn.