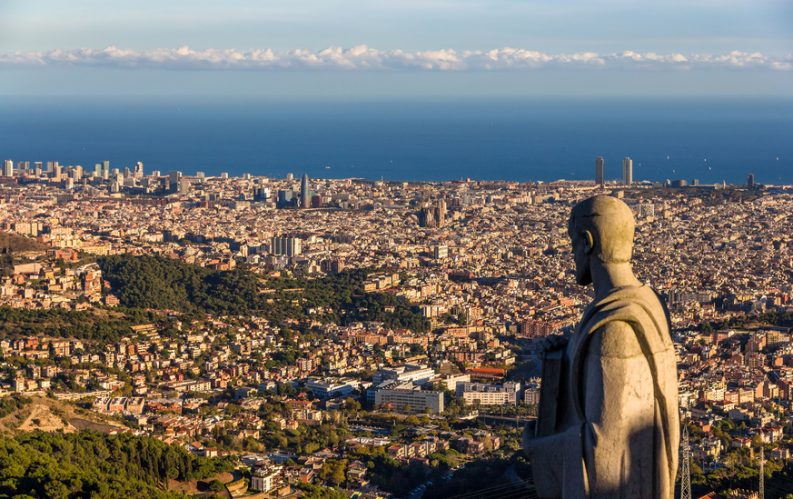 The Spanish book business took a hard hit in the 2008 financial crisis. Observers say they look to October’s book fair at Barcelona to boost a growing recovery. Spain is one of seven publishing regions highlighted by this year’s The Markets: Global Publishing Summit at Frankfurt Book Fair. For more on the Spanish scenario, download your free copy of our white paper on all seven markets. — Porter Anderson

The figures speak for themselves:  Book sales in Spain are reported by the publishers’ federation there to have slumped 36 percent since 2008, or by €87 million. And despite early signs of a recovery, the country’s publishing industry has yet to recover.

The shrinkage is across the board. According to the Federación de Gremios de Editores de España (FGEE), the industry saw a decline across the board between 2008 and 2014. While the recovery kicked in two years ago, the sector, FGEE officials say, finds itself less healthy than before the crisis.

Ebooks saw a similar trend, with production down 3.1 percent in 2014 compared with a year earlier—representing 24.6 percent of the total books produced in Spain, the federation reports.

Average print book prices increased during the period, exacerbating their inaccessibility to a population the purchasing power of which already was stymied by skyrocketing unemployment, which remains at around 25 percent.

“All that’s left now is to start growing again. And the signs are, from the first quarter of this year, that that is starting to happen.”Antonio María Ávila

Book exports remained more stable during the period, however, totaling €541,765 in 2014, down from €545,982 euros in 2008. To a degree, this has enabled the industry to fall back on a steady foreign demand for books in Spanish, the largest markets for which are the UK and France in Europe—in the Americas, Mexico, Argentina and the US.

Exports further recovered in 2015, FGEE reports, up almost 2 percent on the previous year, to €552.3 million. Rights sales increased by 6.3 percent to €70.6 million, and Spain remains the world’s third-largest book exporter after the UK and the US, according to the federation.

The genres enjoying the biggest exports are reported to be the social sciences, with 16.5 percent of the total; religion (15 percent); literature (13.9 percent); and children’s and YA, accounting for 13.6 percent.

Those books for young readers increased their market share in the domestic market to 12.5 percent in 2014 compared with 10.3 percent in 2008—perhaps evidence that when austerity kicks in amid belt-tightening, buying books for children remains a priority among household expenditures. During the same period, scientific and technical books’ market share dropped from five to 3.7 percent, while that of dictionaries and encyclopedias dropped from 4.6 to 1.9 percent of the total.

The president of FGEE and the Barcelona Book Fair (Liber 16), Daniel Fernández, is quoted in prepared material saying that an increase in exports has helped to offset the drop in sales among publishers in recent years. He says that he expects publishers to continue to focus on the export market because domestic sales remain weak.

Fernández identifies Liber 16, scheduled for October 12 to 14, as “an effective platform for Spanish publishing’s international projection, and a way of accessing new markets, especially for Spain’s small and medium-sized publishers, for whom the fair is a unique opportunity to make new trade contacts.”

Liber 16 has identified 14 new markets as having growth potential for Spanish publishers: Algeria, Australia, China, Egypt, Hong Kong, India, Israel, Japan, Lebanon, Morocco, Singapore, South Korea, Taiwan and Turkey. And the fair has invited publishers from 25 European nations and 19 Latin American countries, as well as from the US, in the interest of stimulating more exports to its traditional trading markets.

Liber 16 is also anticipated to host 300 exhibitors and welcome a delegation of US librarians—organized by Spain’s economic and trade office in Miami—in an effort to raise interest in Spanish-language books among American public libraries.

“All of the country’s regions cut their budgets for libraries,” María Ávila says, “and there have been no book acquisitions for libraries in Spain for four or five years now. That drop in purchasing by libraries has had a notable part in the drop in book sales.”

Cuts to libraries were the first measures taken as local and municipal authorities saw the need to curb their spending, says María Ávila. The country’s autonomous regions withdrew their allowances provided to families for the purchase of school textbooks, as well.

“Publishing took a big hit,” he says, “as consumption was so badly affected in Spain during the crisis.”

María Ávila says piracy, particularly of ebooks, has been another obstacle to sales, a theme he touched on in an article for Publishing Perspectives last October. Then, he portrayed the country’s publishing sector as robust and diverse.

He added that the book industry requires the highest consideration both on a political and social level. “Unfortunately, in this country, we are dealing with apathy and lack of interest on both levels.”

“Publishing took a big hit, as consumption was so badly affected in Spain during the crisis.”Antonio María Ávila

With production and sales having plummeted, María Ávila says he’s optimistic that things can get better. He suggests that the industry has bottomed out.

“All that’s left now is to start growing again,” he says, “and the signs are, from the first quarter of this year, that that is starting to happen.”

Still, actions are needed, he says.

“The FGEE has presented a plan to promote reading, to bring people to public libraries and to highlight the importance of reading not just within educational institutions, but as a habit. And all of the political parties have made this campaign their own, from the Popular Party to Podemos,” he says, referring to the right and left of the political spectrum.

With Spain headed for a third general election in a year after no party achieved a majority in June and after coalition negotiations failed, the country is still without a government and a long way from implementing pro-reading policies and library-financing programs.

The sale of ebooks is also being constrained in Spain by a 21-percent VAT levied on the format, in contrast to the 4-percent tax on printed books, because ebooks belong to a different tax bracket as “services.” By contrast, in Latin America, ebooks and printed books are only subject to VAT in Chile.

Nevertheless, while prices may have risen and readers are still tightening their belts, Spain’s advantage as a book market over Latin American markets is the accessibility of its books. María Ávila estimates there are around 20,000 points of sale across the country, including the ubiquitous newsstands selling books in Spain’s cities and towns.

He also cite numerous writing competitions held in Spain as a healthy sign of interest in literature.

“Any municipality or city hall holds a literary competition,” he says, “in addition to publishing houses and private companies. And that provides a stimulus to aspiring authors, particularly given generous prizes on offer and the possibility of publication, he says, citing the competition run by the country’s railroad foundation, awarding €6,000  each for the best short story and poem with a theme of trains.

Some competitions have disappeared as a result of the crisis, he says, but there are still numerous and well-rewarded options out there for aspiring writers.