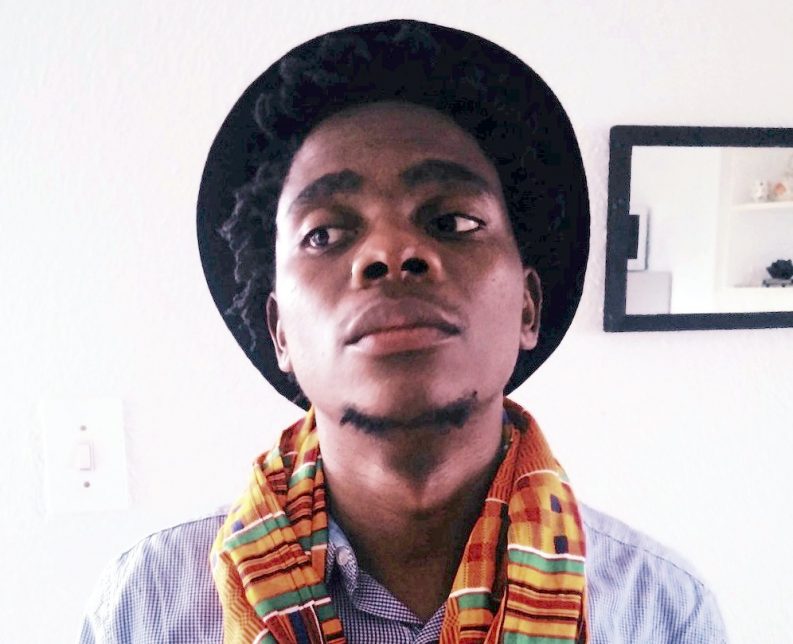 Honored for a short story that ‘leaves the reader full of sympathy and wonder at the plight of its protagonists,’ the Cape Town-based writer is interested in seeing that we ‘not try to lie to ourselves.’ South African writer Lidudumalingani is the recipient of this year’s Caine Prize for African Writing for his short story, “Memories We Lost,” published in Incredible Journey: Stories That Move You, edited by Joanne Hichens (Burnet Media, 2015).

As Alyssa Klein reports for OK Africa, the prize was announced at a dinner held at the Bodleian in Oxford. As the winner of this year’s Caine Prize, Lidudumalingani has the opportunity to take up a month’s residence at Georgetown University as a Writer-in-Residence at the Lannan Center for Poetics and Social Justice. He’ll also receive a prize of £10,000 ($13,152) along with an invitation to speak at the Library of Congress and invitations to participate in Cape Town’s Open Book Festival, Nairobi’s Storymoja, and Nigeria’s Ake Festival.

Lidudumalingani was born in the village of Zikhovane in the Eastern Cape province. Currently living in Cape Town, he’s a writer, filmmaker, and photographer.

His winning story, “Memories We Lost,” as Kline describes it, looks at issues of mental health “through the relationship of two sisters in a South African village, one of whom is schizophrenic and the other her protector. The sister’s situation deteriorates as her care is entrusted to Nkunzi, a local man who employs traditional techniques to rid people of their demons.”

Klein writes that in an interview with The Daily Vox, Lidudumalingani says, “The first might have been mental illness, or at least the way in which villagers speak and deal with it. Then there were conversations with friends, texts and visuals that suddenly were on my radar, memories of extended family members who struggled with mental illness – many of them on and off and at varying degrees.”

In that same interview, speaking about being shortlisted for the prize, he comments:

“The greatness of the Caine Prize is that it thrusts one’s writing into the world far more forcefully than any other platform. Suddenly, a lot more people are interested in reading your work and want to know what you are working on, and that is great. To paraphrase [rapper] JR, it makes the circle of reading bigger.”

The Caine Prize is awarded annually to an African writer of a short story published in English.

The Prize Chair, Delia Jarrett Macauley said this about “Memories We Lost”:

“The winning story explores a difficult subject – how traditional beliefs in a rural community are used to tackle schizophrenia. This is a troubling piece, depicting the great love between two young siblings in a beautifully drawn Eastern Cape. Multi-layered, and gracefully narrated, this short story leaves the reader full of sympathy and wonder at the plight of its protagonists.”

After receiving the award, Lidudumalingani told the BBC he had been struggling with his writing but now felt “excited” and “fed with new energy to create.”

He also said that the prize would give him the chance to “meet other writers and creative writers,” which, turn, “inspires me to stop being a lazy bum and do better.” Asked how he had approached his story, Lidudumalingani said he wanted to show empathy for his protagonists but also “not try to lie to ourselves.”

You can read Lidudumalingani’s winning story in full here and listen to it read by Tseliso Monaheng on the OK Africa page.