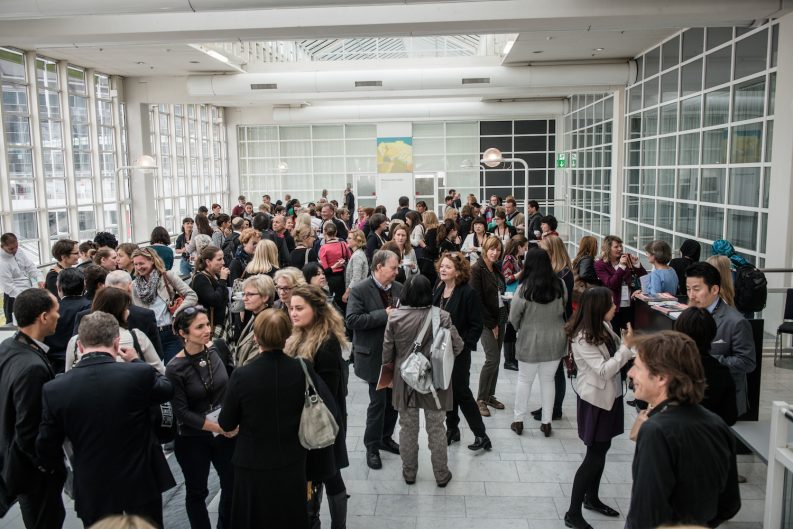 In its 30th year, the Frankfurt Rights Meeting on October 18 will place special attention on the sometimes unexpected success stories coming out of international publishing’s rights and licensing arena. Speakers and programming for Frankfurt Book Fair’s 30th Rights Meeting 2016 have been announced for the afternoon of October 18 in Hall 4.2, with a themed focus on “surprising successes in challenging times.”

Immediate registration is available, with an Early Bird price valid until August 31.

While rights transactions always lie at the heart of the fair, the current international market’s intricacies have helped energize the rights context so effectively that Frankfurt’s rights center, the Literary Agents & Scouts Center (LitAg) had an early sellout of available tables. The fair has added agent meetings on 18 October, the eve of the fair’s trade-show opening, to facilitate business with publishers, who for the first time will have a one-day Publishers Rights Corner in Hall 6.3 adjacent to the LitAg.

As was evident in Publishing Perspectives’ rights conference last month in New York City, “More orchestrated, coordinated, and supported approaches to the management of rights is fast becoming a major key for publishers at a time when sales are challenged in saturated markets: a failure to exploit rights to the fullest, most efficient degree possible is something publishers can’t afford.”

As Frankfurt’s announced agenda indicates, key comments are planned from Kris Kleimann, formerly Director of Global Rights at Wiley, USA, and now a rights consultant. Her copyright and licensing experience lies in a wide range of markets, and encompasses many content types. She’ll be speaking about the long-term potential of the backlist, uncovering possible streams of revenue.

After Bärbel Becker opens the conference at 2 p.m., conference host Isabelle Bleecker, International Rights Director with Perseus Books Group, Hachette Book Group, will introduce the program. Bleecker has more than 20 years in the publishing industry—more than 17 of them in content and licensing.

Here is a special commentary from Healy for Publishing Perspectives on copyright battles of particular note at the moment—and on publishers’ need to understand and follow the issues involved.

The Rights Meeting at Frankfurt was formerly known as the International Rights Directors Meeting—today, attendees include not only director-level personnel but also licensing and rights managers, publishers, literary agents, scouts, and export managers and business development players in publishing.

More details of the Frankfurt Rights Meeting are here.