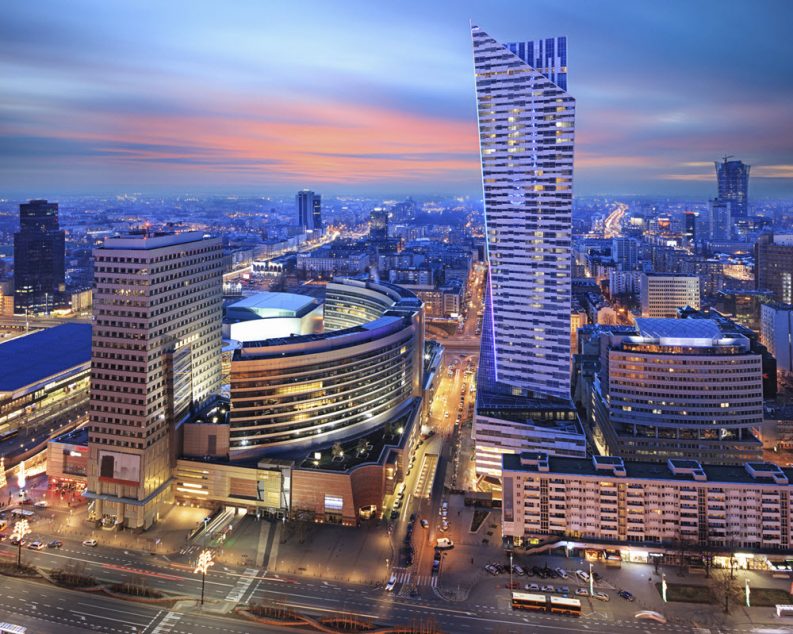 A study in contrasts, Poland’s market is quick to respond to technology even while losing readership. Consultant Marcin Skrabka sees opportunity amid the challenges. In our continuing series with specialists (analysts, visionaries, and players) who will speak to issues in the seven pivotal publishing markets of Frankfurt Book Fair’s conference, we hear now from publishing and new technologies consultant Marcin Skrabka of Good Books, and we hope you’ll join us for The Markets: Global Publishing Summit, #TheMarkets2016, on October 18.

‘Everything Comes With a Price’

In our free white paper on The Markets: Global Publishing Summit, Poland stands out as a region that has handled many challenges to its book industry, while remaining “a significant rights market for international publishers with translated titles making up almost 20 percent of books published in Poland.” English is the most translated language and German is second.

At the conference on October 18 in Frankfurt, the role of the visionary speaker for the Polish market will be taken by the owner of Good Books, consultant and independent analyst Marcin Skrabka.

We asked Skrabka for the key issues he sees in the Polish market today.

1. “Digitization of the publishing industry is a pressing need in coming years. Research shows that in key sectors such as K-12 educational content, only some 3 to 5 percent of publishing income is derived from digital content—95 to 97 percent still is in print products.

2. “There are major cash-flow problems because of the government’s textbook program and bookstore chains’ price wars (Empik, Matras), causing the whole market to suffer. Staying in business is a struggle for many. There’s an urgent need for independent bookstores to reinvent their business models, as their numbers continues to decrease. Plans for fixed pricing for books have been delayed, following the last election’s change in government.

3. “We see poor cooperation between publishers and libraries, even though they face the same dilemma of a shrinking readership. Public and school libraries are an opportunity for the publishing market to develop. Decreasing book readership in Poland—apart from many globally felt factors such as the Internet’s rise—has come about in part because of ineffective government readership programs. Today’s Polish public and school library systems need to be merged. School libraries serving a few million K-12 students are overseen by the Ministry of Education while public libraries are under the Ministry of Culture. This creates practical problems, especially in the distribution of funding.

4. “The popularity of mobile devices is rising, with 58% penetration in ages 15 and up, and there’s great potential in Polish software development companies. Young Digital Planet (Sanoma), Learnetic, VM.pl, are several such companies already selling publishing software abroad. Global publishing players have begun acquiring Polish software firms, as in the case of Pearson’s MyLab & Mastering, based on the acquisition of ioki.pl and Amazon’s buy of Ivona Software‘s text-to-speech technology. We anticipate further acquisitions and entries into the Polish market and Central and Eastern European (CEE) region.

5. “Books and literature are barely present in popular Polish media. National television is a main trendsetter.

6. “There’s an absence of strategic support for new and promising initiatives that could reinvent traditional approaches to sales or marketing in the publishing industry. Attempts to launch such initiatives generally suffer funding shortfalls and encounter weak readership.”

‘A Unique Market in Europe’

Publishing Perspectives: Can you give us a quick sense for the historical background on the concerns you’ve mentioned? Marcin Skrabka: In 1989, after defeating communism, Poland started her economic chase to catch up with Europe and the West. Today, 25 years later, we are the biggest new European Union country, a leader in implementing EU funds.

The global crisis hasn’t even scratched us. Our infrastructure is better, we earn significantly more than we did 10 to 15 years ago. The Internet is available almost everywhere in Poland, it’s pretty affordable, and we just love mobile devices. Our skilled software programmers have made Poland an attractive market for major players like Amazon, Microsoft, Google, and many more. Our economy is developing incredibly fast.

PP: Can you give us some anecdotal insights?

MS: For example, in Poland:

These might look like just random facts but they aren’t. On the contrary, they show Poland as a unique market in Europe.

Polish creativity and devotion to new technologies means that we have jumped over some natural publishing industry development changes. For example, professional publishers shifted almost directly from paperback to online professional information systems. Looseleaf formats were present only for a moment on the market. Polish customers are quick adopters of new technological improvements and developments.

PP: And yet, reading is lagging?

“Polish creativity and devotion to new technologies means that we have jumped over some natural publishing industry development changes.”Marcin Skrabka

MS: Despite all this, book readership is at its lowest level in the last 25 years, even as Polish creativity and devotion to new technologies brings new trends into the books industry. The most significant examples include the international success of the film-based Olive Green English-language course from SuperMemo World, and the Witcher video game from CD Projekt RED, based on Andrzej Sapkowski’s fantasy novel. [More on these projects is here in this story from Beyond the Book.]

Companies such as Young Digital Planet and Learnetic are developing big LMS platforms [Learning Management Systems] to handle educational content in Europe, China, the Asian-Pacific region and South America. VM.PL is an unquestionable leader in supporting Polish publishers in digital and mobile transformation processes, and it successfully competes with foreign technology providers and software houses.

Thanks to the investment and cooperation of service providers, we see new trends emerging in monetizing content. Strategic partnerships with startups like Finland’s Team Action Zone have come up with fresh ideas for gamifying books and content on mobile devices, as we presented last year at Frankfurt. The Polish audiobook market is also strong, and Audioteka.pl has become a key player in Europe audiobooks sales.

PP: In addition to technological developments, where else do you see steps forward in the market?

“Thanks to the investment and cooperation of service providers, we see new trends emerging in monetizing content.”Marcin Skrabka

MS: Since the early 1980s, Polish graphic designers and illustrators have produced a high grade of tasteful book illustration. Polish children’s literature has just exploded. Aleksandra and Daniel Mizielińscy’s large-format children’s atlas titled Maps (Dwie Siostry Publishing) has sold more than 2 million copies worldwide in more than 20 languages. This success has encouraged other Polish children’s publishing houses to license their unique works to other languages like Wytwórnia or Edition Format.

But everything comes with a price. The Polish book market is worth approximately US$1 billion and is not easily accessed. Readership levels may decline even further.

PP: Warsaw’s textbook policy has been a major challenge?

“If you want to make some acquisitions, or would like to have an impact with a new publishing initiative, the time is now.”Marcin Skrabka

MS: When the government chose in 2014 to offer free K-12 textbooks, it effectively became a publisher. That decision cut at least 40 percent of the textbook market in Poland and created an avalanche in market cash-flow problems. Lots of small independent  booksellers just disappeared from the market as textbooks sales had accounted for 50 percent of their annual income.

PP: You mentioned the big chain stores as having a role in the story, too?

MS: The major chain booksellers Empik and Matras,  each with approximately 200 locations, are also suffering from the price war that started between them a few years ago. Both companies are struggling.

PP: And your overall impression, then?

MS: Is the glass half empty? No. Just the opposite. Such a market can be very profitable. If you want to make some acquisitions, or would like to have an impact with a new publishing initiative, the time is now.