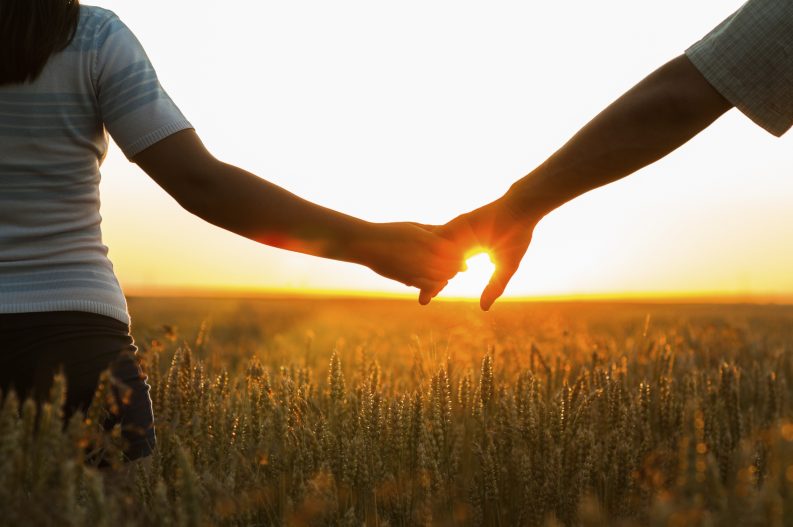 With analysis of a “slow erosion” of sales and much more, Nielsen’s Romance Book Summit is a mix of research analysis and thematic exploration at the Romance Writers of America’s gathering. Co-locating one conference with another, as it’s called, is not unusual in many industry settings.

This year’s International Publishers Association congress, for example, was co-located with London Book Fair. The International Digital Publishing Forum (IDPF) co-located is conference at BookExpo America (BEA) in Chicago in May, as it has done for years in New York City.

The Book Industry Study Group (BISG) is another organization that typically has co-located events at BEA. For years, there were Publishers Launch events co-located with the Digital Book World (DBW) conference, and that series’ Launch Kids was again at DBW in New York.

In terms of writers’ conferences, however, co-location is much rarer.

“Writers are the fuel that powers the publishing industry, and romance writers are some of the savviest in the business”Kristen McLean

Thursday (June 14), Nielsen will be among the first outfits to experiment with co-location in a writers’ conference setting, mounting its Romance Book Summit at the Romance Writers of America’s (RWA) annual conference in San Diego. Among the best attended genre-specific conferences of the year, RWA itself fields a packed agenda of workshops, publisher and indie book signings, networking events, editor and agent appointments, speakers, awards presentations, and more.

Now, into the mix comes Nielsen with what might be the only thing that could slow down a committed RWA-goer: data.

Much of the most intensive presentations of numbers will come from Nielsen’s Kristen McLean, Director of New Business Development, whose own session is titled “The Market Landscape from 10,000 Feet.”

Nielsen’s preamble to its romance market “snapshot” opens with McLean’s summation of the basic premise of romance as a bellwether sector: “For the romance reader, ebooks, social media, and an explosion of great content have made it easier than ever to enjoy reading what you want, when you want, and at a range of prices that make even the most voracious romance habit affordable…

“Romance has embraced new technologies, new production platforms, new channels of distribution, and new economics, and is blazing the way for the rest of us.”

Among the most interesting elements of the Romance Book Summit, co-chaired by Nielsen’s McLean and BISG’s Kat Meyer, is the fact that it’s devised to serve both publishers and authors. RWA, itself, is an event that brings authors and publishers together in the same program, so it makes sense to engage the field as widely as possible in a concentrated professional analysis of what has given romance such draw and staying power for so long—and how to sustain that.

‘A Slow Erosion in Sales’

“Embracing diversity means that individuals check themselves to see how open they are to differences.”Sunny Lee

No trap door has opened beneath the high heels of good romance. Yet. The digital dynamic still fuels a robust romance sector, but Nielsen research indicates that it peaked in the States in 2013, with total output reaching roughly 318 million units per year from the traditional publishing sector, in both print and digital markets.

Since then, however, Nielsen will report Thursday, the trade has seen “a slow erosion in both ebook and print unit sales.”

There’s a corresponding decline in overall fiction sales in the US since 2013, revealed by Nielsen’s PubTrack Digital and BookScan data. And as more from the research is presented in the official sessions of the event, summit attendees will hear that there does seem to be substantial offset of that erosion in traditional sales coming from the busy self-publishing authors of romance. Still, there’s that warning that fiction overall is a softening market component—in Nielsen’s analysis, “as people increasingly divide their attention between multiple forms of media.”

If your son or daughter—or spouse—just walked into the wall while playing Pokémon Go, you know exactly what this is about. Romance also has the characteristic of selling at generally a lower average price point than other fiction, not least because its greatest fans read so many titles. Formats, preferred reading devices for romance ebooks, and the share held by romance in overall fiction, these are more of the factors on Nielsen’s program for report and study.

Beyond that, however, romance has the same structural considerations being felt in many parts of US publishing today, particularly in the area of diversity. Discussions organized by RWA have at times produced considerable heat. And yet if new audiences are to be found for the burgeoning romance output impacting the market that Nielsen terms saturated, embracing more multicultural awareness may be a critical approach, both economically and ethically.

As part of its research, Nielsen cites as much as 81 percent of the romance readership in the States being caucasian, 7 percent African-American, 6 percent Latino/Hispanic American, and 3 percent Asian-American. Among US romance authors, 98 percent appears to be caucasian.

‘Self-Awareness Is Essential for Everyone’

One of the speakers in a sequence of afternoon segments on the diversity issue is cultural diversity expert Sunny Lee who tells Publishing Perspectives: “However, embracing diversity also means that individuals check themselves to see how open they are to these differences.

“How open-minded are they to new experiences and perspectives? What is getting in the way of being able to appreciate difference? To question and assess is a universal responsibility, not only for one group or set.

“We all have different abilities—and responsibilities—to make change. But to raise self-awareness is essential for everyone.”

Lee is a Vice President of Operations with Lapin International, a leadership consultancy. Previously, she was Director of Tools for Tolerance for Law Enforcement with the Simon Wiesenthal Center’s Museum of Tolerance. Her specialization there was in developing training programs for criminal justice professionals in ethical decision-making and human relations.

She also is the first civilian graduate of the California Commission on Peace Officer Standards and Training with the Sherman Block Supervisory Leadership Institute.

“My audience was largely criminal justice professionals” at the Simon Wiesenthal Center, she says. “Law enforcement, corrections, district attorneys. I developed and delivered programs on diversity, hate crimes and terrorism, racial profiling, and leadership. For more than 15 years I worked with people who came to my programs with very specific, and often negative, experiences with diversity issues.

“My job was never try to change them: they have the responsibility to change themselves. But I did try to give them different perspectives to consider and an emotive experience to prompt their ethical thinking.

“Today, I do the same thing in developing high potential leaders in organizations that include, but is not limited to, law enforcement. My company focuses on building the kind of leaders that inspire their employees and much of that again includes changing the lenses in which they see in order to change behavior.”