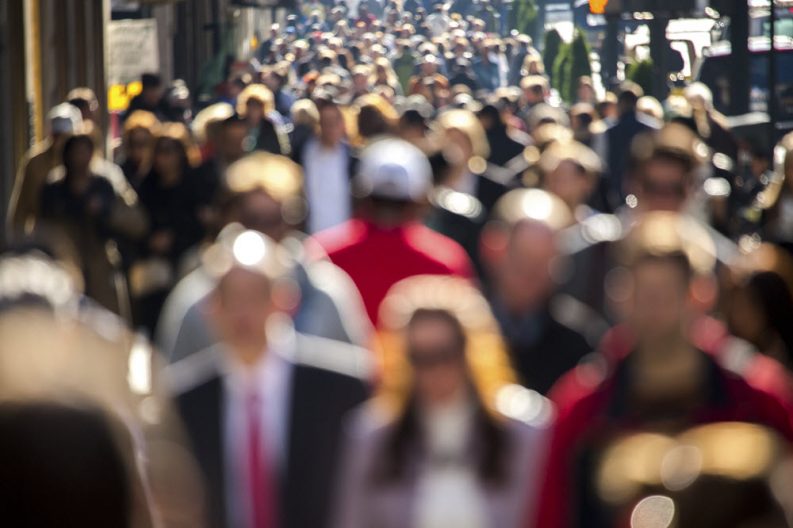 Marking 10 years of whole cities reading together, the USA’s National Endowment for the Arts’ Big Read program turns to contemporary authors to update and energize its program. ‘Diverse, and Relevant to Our Times’

More than 4.2 million people have participated in the National Endowment for the Arts’ (NEA) Big Read projects in the past decade.

The Big Read was launched in 2007, having been piloted in 2006 by then-NEA Chairman Dana Gioia as a “one city, one book” initiative developed in response to declining literacy rates at the time. Eventually, there would be cooperative efforts in other countries including Russia, Egypt, and Mexico.

But Amy Stolls, since 2014 the NEA’s Director of Literature, wanted to revise the Big Read for its 10th anniversary in a way that would answer her division’s goal of supporting contemporary literature. As whole communities took up one book or another, year after year, the emphasis in book selections was on classics of American or world literature.

“The competition for our attention is fiercer than ever, diminishing our patience for reading a poem or story that may unfold slowly (even deliciously so).”Amy Stolls

Mind you, there were no flies on those classics. The Big Read has sponsored community attention to Bradbury’s mighty Fahrenheit 451, Fitzgerald’s The Great Gatsby, Dashiell Hammett’s The Maltese Falcon, and the poetry of Emily Dickinson.

Nevertheless, the mission of the Endowment’s program is about today’s writers, their writings and a readership that right now needs to be distracted from Pokémon Go long enough to read a good book. So Stolls wanted something newer. And she went on a “big book hunt,” as she calls it, to surface a new brace of titles that can bring the Stateside readership into much more intimate touch with what authors are doing today.

Her eyes widened at last spring’s Association of Writers and Writing Programs (AWP) conference in Los Angeles when a journalist told her that the author Emily St. John Mandel—whose Station Eleven from Knopf was a National Book Award finalist—was at the conference and about to speak.

“Can you introduce me?” Stolls asked. “Station Eleven is one of the books I want.”

Mandel now is, in fact, among the program’s first class of contemporary writers who are being positioned for the nation’s communities, recent work for their consideration in the month-long Big Read programs that some 75 organizations and communities will read from September of this year through June of 2017. (Details of the grant application process for interested community organizations is here.) Authors newly added to the National Endowment for the Arts’ Big Read program represent an updating of the 10-year-old’s context and mission with a new emphasis on diverse, contemporary literature. Image: NEA Big Read

Standing now on the newly invigorated Big Read list along with Mandel are:

“We wanted to build on this success while offering a selection of books that is contemporary, diverse, and relevant to our times,” Stolls says in a special article at the Endowment’s site today.

And that complete list available for programming in the autumn of 2017 with the Big Read program comprises 28 titles, 13 of them new to the NEA’s effort. More than half these newly added books are by female authors.

In addition to Mandel’s remarkably lyrical treatment of what a dystopian reality might mean in Station Eleven, the Big Read’s newcomers feature Rankine’s Citizen for its ability “to reveal moments of racism that surface in everyday encounters; Link’s Pretty Monsters for its “short stories about teenagers grappling with angst and alienation, awkwardness and awakening desires”; and Carlson’s Five Skies for its tale of men working a doomed construction projet in “the austere, isolated landscape of Idaho.” “We knew we weren’t looking for the ‘best’ books,” Stolls writes. “How and why, as a society, we define what’s ‘best’ is a ‘whole ’nother story,’ as my grandmother used to say.

“And we didn’t want to stick with just bestsellers and award-winners, for that would be too limiting.

“We also knew we wouldn’t please everyone with every selection; the range of choices was as important as the individual books.

“Finally, we knew to view this whole endeavor as an experiment, that we’d invite feedback and revisit the list of books each year…

“We love that the program reaches millions of people and all types of audiences, from reluctant readers to avid booklovers. We have photos of people reading our titles in all sorts of places—at the gym, in bars, in parks, even in space (nope, not making that one up). And we’ve read the most heartwarming stories of folks from all sides of an issue coming together through the shared space of a book and listening to each other’s stories, particularly when the author can visit and enliven audiences.”

“We have photos of people reading our titles in all sorts of places—at the gym, in bars, in parks, even in space (nope, not making that one up).”Amy Stolls

In 10 years, the NEA—now observing 50 years of operation—has approved more than $17 million in grants for these concentrated, socially driven Big Read events. Some 72,000 volunteers have participated to enable what approximately 34,000 local community organizations have partnered on to make the Big Read one of the best known and most visible efforts of the Endowment in general and its literature program in specific.

Community organizations that receive NEA Big Read grants are permitted to use part of their grant monies to provide books for their community, but this isn’t a requirement of the program. The NEA doesn’t track book sales relative to the project, but the Endowment does work closely with publishers in the process of adding a new book. Publishers provide publicity and reader materials for the Big Read Web site.

Not unlike the UK’s World Book Night from The Reading Agency, the Big Read focuses reader attention on select titles in order to promote wider reading. In a month’s time, the Big Read stages events that frequently involve author readings, film screenings, book discussions in a wide array of venues. One of its distinctions is that it can embrace an entire community’s population, old and young, not just the school-going set.

“This is a big country,” Stolls says in her article.

“We Americans are a wildly disparate lot. We’re also living in a fast-paced world with immediate gratification and unfathomable choices. The competition for our attention is fiercer than ever, diminishing our patience for reading a poem or story that may unfold slowly (even deliciously so). We may know the benefits of reading for pleasure—it reduces stress, slows dementia, heightens empathy, improves students’ test scores, makes us more active and aware citizens—but still we may sheepishly admit that, if we read at all, it’s one or two books a year on vacation.”

Stolls quotes Matthew Stadler in the essay collection Literary Publishing in the Twenty-First Century  (Milkweed Editions, 2016) in saying that the act of reading is “not solitary, but deeply collective. We might be alone with a book, but the book fills our heads with other voices and puts thoughts into conversation.” The Big Read now is moving to make those voices sound more like the ones that readers hear in today’s world.

“That’s one of the wonderful things about a group of people reading one book—connecting,” writes Stolls. “But even better, you might find that you simply love reading many of these books that you wouldn’t have initially thought to pick up. Then we’ll all be able to start recommending books again with ease. Wouldn’t that be something.”