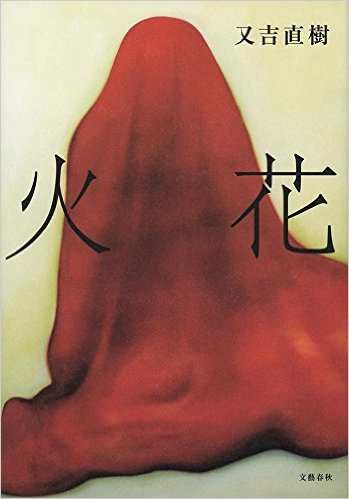 Figures show 2015 book sales in Japan pulling ahead ‘slightly’ by comparison to magazine sales. Sales in the fashion media were soft, yes. But there also was Naoki Matayoshi’s runaway bestseller. The title of comedian Naoki Matayoshi’s book translates to ‘Spark’ in English.

The Kyodo News reports, “A decades-old trend in Japan of ‘strong magazine sales, weak book sales’ might have finally come to an end.”

A major Japanese wholesaler bookseller, Nippon Shuppan Hanbi, Inc, has announced that its “unconsolidated” books sales for fiscal 2015 through March 2016 “grew slightly” from the previous fiscal year to 247.6 billion yen ($2.42 billion)—topping magazine sales, at 243.5 billion yen, “for the first time in 32 years.”

A senior official with the company is quoted as saying that strong book sales at bookstores have continued into the current fiscal year, saying. “It seems a slump in book sales has finally hit bottom.”

And while magazine sales have dropped 9.9 percent—attributed to “weaker sales of women’s fashion magazines”—as The Japan Times has reported, the success of comedian Naoki Matayoshi may have played into the scenario, as well.

Last summer, the 35-year-old Matayoshi, a member of the comic duo “Peace,” was named a winner of the Akutagawa Prize for his book Hibana (Spark), along with 29-year-old Keisuke Hada for Scrap and Build. The award for “serious novels” was created to honor author Ryunosuke Akutagawa, considered the father of the Japanese short story, best known in the West for “Rashoman.”

Sales of Matayoshi’s book at the time encouraged its publisher, Bungeishunju Ltd, to print additional copies, bringing the total number in print to more than a million, following an initial print run of 640,000. In the book, Matayoshi examines “friendship and struggle between two comedians.” Some of Tokyo’s best-known bookstores, including Sanseido and Kinokuniya, followed the award by setting up special sections to promote prize winners. Takeshi Uchida of Sanseido’s sales planning department told the newspaper that Matayoshi’s award was “one of the biggest pieces of news for the publishing industry in recent years.”

In addition to booksellers’ enthusiasm for the Matayoshi book, it’s reported that the title had an unusual advantage in that it had become a bestseller prior to the announcements of the influential prize’s nominations.

Noting that the prize often boosts sales for debut authors, the article adds, however, that winning novels have not sold well in other recent cases, while books which won prizes selected by booksellers have gone on to become million sellers—another singular observation on Matayoshi’s popularity.

As Kay Ohara reported in Publishing Perspectives, Matayoshi’s book had sold more than 2 million copies by September. Spark was headed for a special status as the Akutagawa Prize’s biggest-selling title.

And by December, The Japan News named Hibana 2015’s bestselling title in Japan with some 2.4 million copies on the market, per rankings from Nippon and Tohan Corporation.