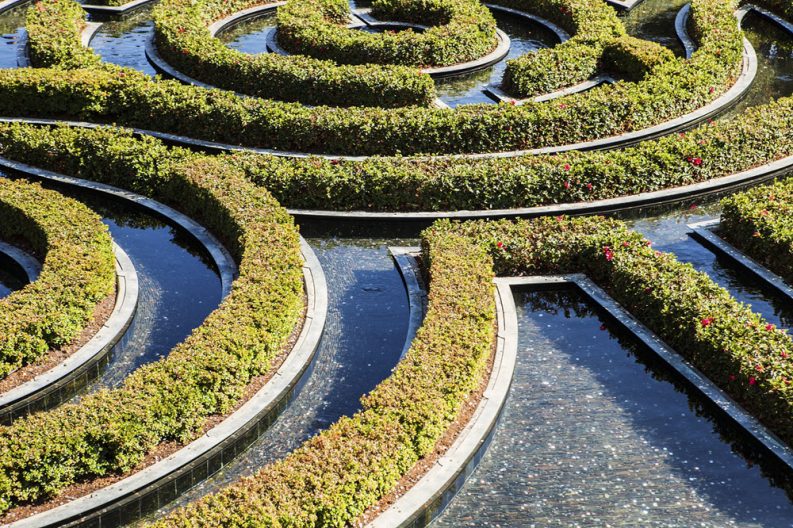 Ingram’s Kelly Gallagher talks about what book distribution encompasses in a more global and digital industry, and how on-demand technology saves everyone money. Providing distribution services to 220 territories and countries, Ingram Content Group is headquartered near Nashville, Tennessee, and has offices not only in many parts of the US, but also in France, the UK, and Australia. Active for more than 50 years, Ingram made its first moves as a textbook depository founded in 1964, and stands today as part of Ingram Industries.

For all its divisions and companies, the single word “Ingram” is now among the best known in the publishing industry today, iconic in its reach and admired by many for its agility: Ingram is pacing new developments that might distract or even derail other companies.

Ingram acquired Perseus’ distribution elements at the end of March. Already a family-owned consortium that comprises such familiar brands as Lightning Source, IngramSpark, VitalSource, CoreSource, and others, its Perseus buy brought 600 publisher clients and 400 associates into the mix. Chairman John Ingram said at the time that the company’s “center of gravity is shifting” to something “focused on providing comprehensive publisher services on a global scale.”

In essence, the mission has never been bigger. And one way to understand how Ingram has responded with such resilience and profitability is to think of meeting change with change.

In our ongoing look at supply chain challenges in the digital dynamic, we’ve spoken with Kelly Gallagher, Vice President of Content Acquisition for Ingram. We started by asking what Gallagher sees as the biggest features of the decades-long drive that Ingram has made from pre-digital to now. Fast-forward 20 years, and what you see is that last year, less than 43 percent of our business was that traditional wholesale business.

The industry has moved significantly. The good news for Ingram is that while many other companies would go out of business or be deeper in debt, we’ve actually experienced substantial growth through that time.

Publishing Perspectives: Where have you gotten the growth from?

KG: From realizing that the term “distribution” can mean a lot of different things. And what publishers most need—even those that aren’t willing to recognize it or aren’t smart enough to know what they need—is an ever-evolving logistical supply chain that is meeting the needs of a contemporary publisher.

PP: How does that evolving supply chain look?

“Are we going to truly become a globalized market or is it still going to be a largely-US-and-somewhat-UK-dominated industry?”Kelly Gallagher

KG: In the old days, it was, “Put a distribution center close to the retailer to improve efficiency.” Now, the way Ingram thinks about it is, “Put print facilities, on-demand facilities, closest to the consumer base.”

We opened up our Fresno plant early last year. What we were able to claim is that we’re still opening up new distribution points, and other than Amazon, I’m not sure anyone in the business can claim they’re opening up new distribution points. Importantly, once that facility opened, we were within Zone 2 of 80 percent of the US population, and within Zone 1 of 60 percent.

PP: What kind of expense reductions does that kind of proximity represent?

KG: It means cutting down on shipping costs…directly into the consumer’s hands. So whether it’s an online order that’s a B2C fulfillment or somebody still buying it traditionally through a bookstore, what we’re providing is the ability to get closer to that consumer.

PP: And with on-demand, you’re treating an order as if the book is on your shelf waiting to ship?

KG: If an order is in by 11 a.m., we print, pack, and ship the same day, even a hardcover. It means quicker service to the customer, shorter delivery times and cheaper delivery costs for the publisher. It also means less inventory and warehousing costs.

Physical at the Speed of Digital

“At times the undervaluing and overvaluing of the industry in some aspects are something that should keep everybody awake at night for the health of the business.”Kelly Gallagher

PP: And this model scales up internationally.

KG: Think beyond the US, of a consumer buying a book in either Germany or India. That order routes to one of our distribution and print partners in India, where we’re manufacturing that book on-demand, and putting it into the consumer’s hands with that same kind of turnaround.

But at the end of the day, from our perspective…the distribution service model frees and allows publishers to focus on what they do well and allows us to turn a fixed cost into a variable cost where you have an outsourced provider doing it on-demand, based on the volume of the moment. In the end, everybody can win in that model.

PP: And when it comes to international reach, Ingram is doing in physical format what we expect everyone to do in non-physical digital format, right?

KG: Part of our transition was to get out ahead of even the ebook distribution service. CoreSource [an Ingram company] is by far the largest but typically the most unknown part of the digital supply chain, the ebook supply chain, as well, in total volume of pushing ebooks around the world. Publishers initially invested a lot of money in their own content management systems and doing all that work on their own. And obviously we built something to scale and are able to offer something to publishers that’s significantly cheaper because there’s so much volume going through it. We’re able to offer publishers amazing level of service, get them first in line for payment or metadata changes, servicing them as part of a cooperative program: they see the value of the scale.

“The sometimes unhealthy approach that’s taken with authors, either in undervaluing or overvaluing, can pose a real challenge to the industry…We need a healthy industry up and down, from the smallest guy to the biggest guy.”Kelly Gallagher

PP: What keeps you awake at night? What are some of the challenges?

KG: We know that competitive forces are what they are; because of their structure or focus, they may have to be focused more on short-term than long-term wins. The sacrifices that sometimes requires of other businesses, [for example] to come in at a low price for some kind of service, that’s probably not long-term sustainable…At times the undervaluing and overvaluing of the industry in some aspects are something that should keep everybody awake at night for the health of the business.

We’re not in the royalty business, so I’m only speaking as an observer from the side. But the sometimes unhealthy approach that’s taken with authors, either in undervaluing or overvaluing, can pose a real challenge to the industry. That keeps me up at night because, in the end, we need a healthy industry up and down, from the smallest guy to the biggest guy. So the way we ascribe value in terms of short-term and long-term goals is something the industry always needs to be vigilant about.

There’s also globalization, and the speed with which we’re going to be able to globalize the industry is also something I think about a lot. Are we going to truly become a globalized market or is it still going to be a largely-US-and-somewhat-UK-dominated industry?

For example, the engineering scholarly work coming out of India is really quite good, but there’s virtually no one that’s able to get a distribution relationship going in the US. So there’s a missed opportunity for good content to go in both directions.

Global Growth and ‘Trying to Sell in a Local Context’

“Today, it’s a much more open, global supply chain. Better access may be good globally but maybe not as good for people who are trying to sell in a local context.”Kelly Gallagher

PP: Lastly, what’s the biggest hitch you see in the worldwide translation market, from a distributor’s viewpoint?

KG: Glass half-empty, half-full. English is becoming more and more pervasive. [Before,] the local Czech publisher was buying translation and making a buck on it. Nowadays, if it’s a business book, they don’t have access to that because the publisher is choosing to maintain world rights and maybe just selling English into some of those markets. I think that’s a pressure point, because, yes, books will sell but are we sharing the wealth across all of the publishing spectrum in these countries?

And the access to books: with an improved global supply chain, sometimes as much as 30 or 40 percent of a publisher’s Ingram wholesale can be to non-US addresses. That’s also very glass half-empty, half-full, because it’s a pressure point for the local retailers and distributors in those countries who used to have a corner on getting books into their market.

Today, it’s a much more open, global supply chain. Better access may be good globally but maybe not as good for people who are trying to sell in a local context.