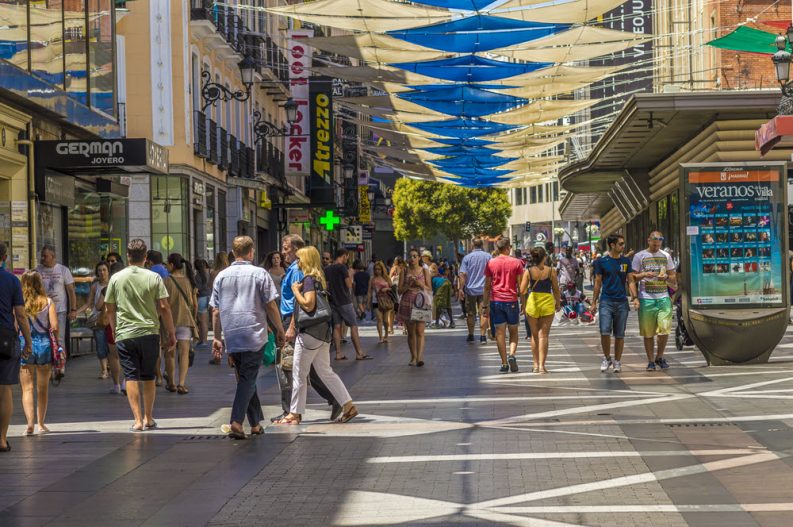 The impact of digital, the population’s loss of ‘cultural habits’ that support reading, and challenges to the supply chain: Madrid’s José Manuel Anta on the Spanish publishing market’s challenges. In our series with specialists (analysts, visionaries, and players) who will speak to issues in the seven pivotal publishing markets of Frankfurt Book Fair’s conference, we hear now from José Manuel Anta, the founding editor of the Spanish Federation of Book, Print Media and Digital Contents Distributors and the International Publishing Distribution Association. We hope you’ll join us for The Markets: Global Publishing Summit on October 18.

‘Challenges to the Supply Chain’

Having heard yesterday from Spain’s Luis Solano of Libros del Asteroid, we turn today to one of his colleagues.

José Manuel Anta, the founding editor of the Spanish Federation of Book, Print Media and Digital Contents Distributors (FANDE) and the International Publishing Distribution Association (IPDA), is, like Solano, speaking on October 18 at The Markets: Global Publishing Summit as a player in the Spanish marketplace.

We asked Manuel Anta to start by naming three areas of concern in the Spanish market. “I think the Spanish book market nowadays,” he tells Publishing Perspectives, “is facing different challenges. In some cases [they are] very similar to other international markets. But with the deep economic crisis we’ve suffered since 2008, book consumption has has reduced turnover by some 35 percent.

1. “First is very important changes in the habits of culture and leisure consumption.

“In recent years we have seen how the Internet has transformed business models and organizations in many companies and sectors. The publishing sector is not an exception to this structural transformation in the way products are created, promoted and consumed. Publishing produces cultural and entertainment products—they have to succeed in the hard competitive space of the ‘attention economy.’

“We have access, as never before, to an immense amount of information and knowledge generated by users themselves. That is leading to a reorganization of the roles and business models of the publishing sector. This also means collaboration with other cultural industries such as audio, video, gaming, and education.

“This represents a really incredible challenge for publishers and distributors, but also a new field of opportunities and projects.”

2. “Then there’s the digital transformation of the book industry as a whole, both for content producers and for commercial channels.

“Regarding the digital framework, over the past several years we’ve developed in FANDE our own list of topics of interest for the Spanish e-distributors group. This framework covers points including:

“The Spanish book industry in general and the media in particular are focusing almost exclusively on aspects of digitization that have to do with the sale of digital content, ebooks. But I think there are also options for using opportunities made possible by technology to support the promotion and sale of more physical books, which currently represent around 95 percent of the Spanish book market, ebooks being currently at only around 5 percent.

“An example of this is print-on-demand, one-per-one copy (POD 1×1). We’re seeing sales numbers decreasing for the majority of books, along with a decline in the number of bestsellers. So it seems clear that the book sector needs alternative market strategies and specific approaches to address niche economy models, as the book, like other consumer items, evolves from a product offered to a product demanded. The consumer is at the center of the decision.

“Last but not least, we need complete and updated tech tools, across the board, for the Spanish book sector. These relate to initiatives developed in recent years: DILVE for metadata; SINLI relative to the electronic data interchange of normalized commercial documents; and LIBRIRED which addresses book sales. We all know how critical this is to sell books online—print or digital. Development in these directions and tools needs to be a priority for the Spanish book industry.”

3. “Challenges to the traditional book supply chain, especially to the future of brick and mortar bookshops.

“The role of physical bookshops is a matter of international concern. Bookshops are spaces for community, reflection and discussion for the populations they serve. They are central to the “buy local” movement and essential cultural engines for communities , arguing for affordable technology to help booksellers in promotion of books and the logistics of bookselling.

“In Spain, our associations are working on projects that combine POD and supply-chain capacities to support the independent bookshop sector in way similar to those of NearSt in the UK, or Aer.io in the US. It’s also important that the project started at the end of 2015 with the collaboration of the Spanish Ministry of Culture and the Spanish Book Chamber in order to recognize “quality bookshops.” The intent is to sensitize the general public about the essential role of bookshops in their communities, improving the economic situation of reference bookshops, and ongoing improvement in service to consumers.

Publishing Perspectives: Tell us something about your work with FANDE and IPDA.

José Manuel Anta: FANDE comprises around 200 Spanish companies that develop their activity in the field of publishing distribution.

And at the end of last year, we made new moves with the development of IDPA, which has its headquarters in Madrid and brings together international distributors of books and periodicals in both print and digital.

PP: What is IPDA’s mission?

JMA: IPDA aims to further the interests of publishing distributors:

PP: What’s an example of an IPDA activity?

JMA: We organized the third International Digital Distributors Meeting in Madrid, June 8 and 9, as a space for e-distributors and other publishing professionals to gather and generate new ideas and projects. The event is now a fertile place for book industry dialogue among content providers.

PP: What kind of influences are being discussed in these settings?

JMA: This year we had strong contributions from the video game industry with their creative inputs, out-of-the-box thinking and original insights. We also analyzed topics in terms of what transmedia content distribution might present potential collaboration between the book and video game sectors, as well as digital content distribution in Latin America, and trends and habits in digital reading.

Along the same lines, we’re working now with the Frankfurt Book Fair and the International Booksellers Federation on a first meeting of international booksellers and distributors to take place October 20 during the Fair, a chance to share successful collaborative projects in various countries.