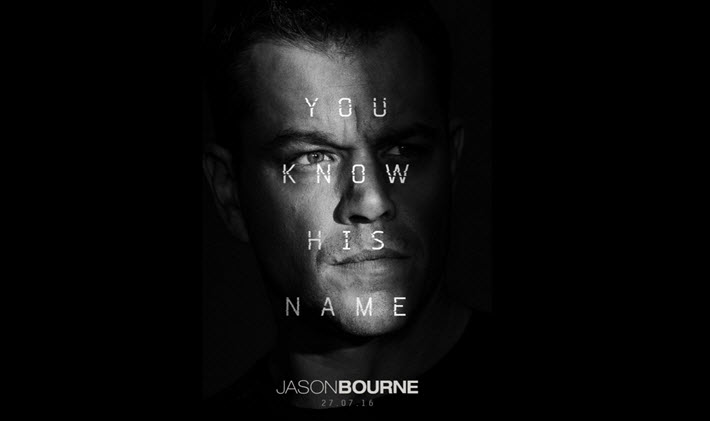 ‘Bond was, and is, pure escapism. Bourne reflects the world around him, as we know it,’ says author Eric van Lustbader, who is writing the 11th novel in the Bourne series started by author Robert Ludlum. SPOILER ALERT: there are some film spoilers in this interview with Erin van Lustbader, the latest author to continue writing the Jason Bourne book series. And see our associated story on Robert Ludlum and the Bourne books.

Bourne is the “anti-Bond,” says Eric Van Lustbader, who has just published his 10th Jason Bourne novel, The Bourne Enigma (Hachette/Grand Central, June).  He spoke with Publishing Perspectives on how much his “everyman” hero means to him–and how he approaches the literary craft of continuing somebody else’s character.

Publishing Perspectives: Having just published the 13th Bourne series book—and your own 10th in the saga—how do you feel about him? Eric van Lustbader: I love Bourne. I always have. Of all Ludlum’s characters, he was the one who hit me where I live.

I suppose it’s because he shares so many traits with one of my own characters, Nicholas Linnear [from The Ninja].  In fact these were the characters Bob [Ludlum] and I spoke about when we first met in the summer of 1980. Both The Bourne Identity and The Ninja were on the New York Times bestseller lists. Bob had read The Ninja, loved it, and wanted to meet me–a singular honor, since he was very private and not at all social.

Luckily, we shared the same agent, Henry Morrison. We bonded immediately and spoke for hours on end about character development, how to best construct a thriller, and how much of ourselves we put into our protagonists.  It’s difficult to believe I’ve written 10 Bourne novels. The idea, and the character, still seem as fresh to me as they did at the beginning.

PP: How do you think Bourne differs from Bond?

EVL: Bourne is the anti-Bond.  Bond is a dashing ladies man, tricked out with every imaginable gadget Q could stuff into his pockets. He was a member of Her Majesty’s Secret Service, often dressed in tuxes, seduced seductresses, and went up against cartoon-like adversaries.

Bourne, on the other hand, is an Everyman, which, incidentally, is why Matt Damon is perfect casting.

‘Bourne and I have bonded in our own way, just as Ludlum and I once did.’Eric van Lustbader

Bourne is a chameleon, capable of many disguises. He’s a product of an ethically-challenged shadow organization from which he rebelled, quite violently. Bourne is a much darker, more realistic character than Bond ever was.

Bond was, and is, pure escapism. Bourne reflects the world around him, as we know it. Both Bob and I are conspiracy theorists—to date almost all of our theories have been proven correct—so in that sense Bourne’s antagonists are almost always a cabal of influential people conspiring to gain more and more power, as opposed to a madman intent on blowing up the world.

The differences between them came to a head when, several years ago, Barbara Broccoli [producer of the Bond films] discussed remaking the new Bond, played by Daniel Craig, into a darker and grittier character, more like Bourne.

A 14th Bourne Book Is on the Way

PP: What’s the most important thing to consider when you’re writing as a ‘continuer,’ when you’re taking someone else’s character? EVL: When you’re taking over another writer’s character you first have to know that character inside and out.  Second, you have to be certain that no matter what else you do you don’t ever violate the character’s essence. You can build on the character, surely–in fact, you must–to deepen the readers’ understanding of the character.  But Bourne needs always to be Bourne, and that’s what I’ve been meticulous about doing.

The problem I was confronted with when accepting the assignment was that Ludlum never considered Bourne to be a series character. In the original trilogy, Bourne aged, married Marie, the woman he met in The Bourne Identity, and had children.  In considering Bourne’s future as a serial character I discussed these issues with both my agent, Henry Morrison, and the executor of the Ludlum Estate, Jeffrey Weiner.

I told them the following: Bourne needed to become ageless. He needed to be recognizable to both Bob’s legions of fans and to the new readers who would pick up the Bourne novels after having enjoyed the films. He could not remain married with children, as the family would be constantly under threat, and being married would hamper Bourne’s interactions with female characters, with which my books are filled.

I offered the ideas of having Marie off between the first two Bourne books I wrote–in a skiing accident–and having the kids shipped off to Marie’s grandparents’ farm in northern Canada for safekeeping, thus freeing him up. These decisions have worked out quite well.

One thing I do want to make clear–I have had my own highly successful career for 40 years. I’m not a career ‘continuer.’ Bourne is the only character I would ever consider continuing, though I have been offered assignments to continue a number of others. He and I have bonded in our own way, just as Ludlum and I once did.

PP: Will we see more Bourne from you?

EVL: Yes. I will be starting my 11th Bourne novel, tentatively entitled The Bourne Strategem, in August, for publication in June, 2017. The characters introduced in the last 50 pages of The Bourne Enigma will star in the new novel. The plot promises to be a mind-bending ride.