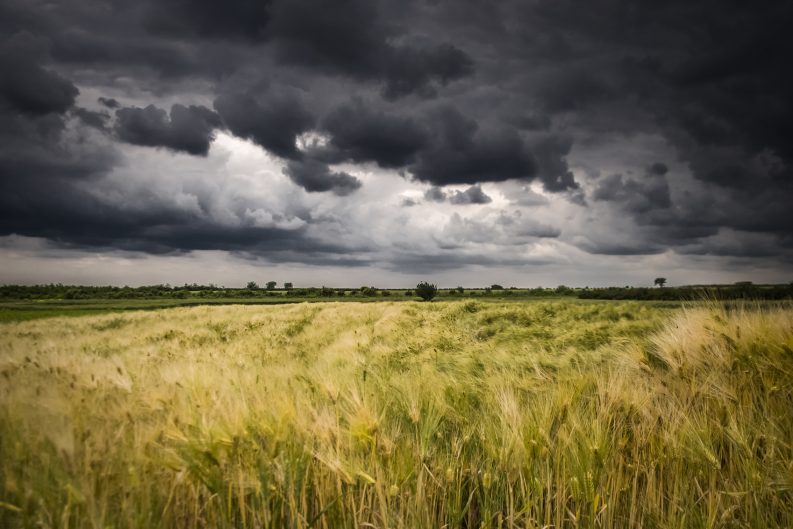 In a world in which ‘nobody has time anymore,’ Ixxus’ team has created a rights-smart tool for handling content to help busy publishers manage complex assets. That ‘Black Cloud Is Always the Rights Piece’

Many companies in the industry describe their work as “publishing solutions,” of course, and when the people of Ixxus say it, they’re talking about content—storage, search, modeling, editorial handling and distribution. About a year ago, it was Ixxus’ Steve Odart whose entry in The Bookseller’s The FutureBook series of publishing manifestos described “smart content” as material that “knows what it is, where and how it has been used, and where and how else it could be used.”

An intriguing concept, it reflected the kind of “granular content” management that now is at the center of a new offering, just released, the Ixxus Publishing Platform which has been created to give publishers deep control both of storage and deployment of content beyond what a normal CMS (content management system) might provide. The key is “prioritizing content agility,” as the company puts it, to facilitate workflow.

And that, in turn, is enabled, in part, by the acquisition of Ixxus by Copyright Clearance Center (CCC) announced in May.

‘A Lot of Commonality’

“What would happen if you put the rights perspectives and the content perspective together?”Steve Odart

“It’s been a creative journey,” Odart tells Publishing Perspectives, when asked for the context of the CCC and Ixxus merger.

“At the highest level, in my business,” he says, “it’s always been about building that long-term relationship, putting yourself in their shoes, and asking, ‘What’s good for the publisher?’ That’s taken us into the boardrooms of some of the largest publishing organizations as they’ve been referencing with ‘How do we stay viable?’ and ‘How do we stay viable?’—it’s always been very content-centric.

“Time and time again, we’ve been building publishing platforms to manage their complete content lifecycle. And there’s always been this black cloud and on the other side of it, it’s always been the rights piece.”

What should have been an early-stage focus on getting the rights to pertinent content sorted, Odart says, “is always pushed out to Phase Three or Phase Four because it’s too hard.” The predictable panic is ahead: “A relationship commences, a project gets underway, and you then find yourself retrospectively wrestling with multiple systems and trying to solve this issue of having the right information at your fingertips if you’ve gone to the trouble of granular-izing your content.

“From that kind of rights and IP perspective,” Odart says, referring to intellectual property, his conversations with CCC chief Tracey Armstrong led to their realizing “what would happen if you put the rights perspectives and the content perspective together?”

In essence, the proposition here is that a publisher whose content is moving through a project needs rights clarity on every part of that property earlier than later. By placing Ixxus’ content focus and CCC’s rights focus side-by-side, there may be opportunities, Odart says, “for making content available to other product lines, not necessarily the one just submitted to. As we started mapping this out, we discovered there’s a lot of commonality in our respective businesses.

“From the Ixxus perspective,” he says, “we’ve been growing at over 35-percent year-over-year. Because we’re private, everything has been funded out of our own turnover. You have to zero in on good old-fashioned business values such as profitability.” And some of the projects his company might have wanted to work on had to wait for the priority of active accounts’ needs, of course, in order to maintain that profitability.

Odart makes a point of stressing “the softer side,” as well, in parallels with CCC. “We’re both focused on our people,” he says. “The whole reason I set Ixxus up was a bit of a backlash to some of the bigger corporates I’ve been involved in.” His intent has been “to build a company that’s truly team-based,” he says. “Everybody is valuable. Everybody is of equal worth in the company. Everybody’s got a job to do…Tracey had exactly the same philosophy with her team.”

And the parallels of the two company’s strong suits means, as a video demo explicates that in the Ixxus Publishing Platform environment, the software “stores metadata for all content and flags the rights status of every asset, as well as showing us all of its derivations so we know we’re using the most appropriate version.”

Here’s that promotional video about the newly released platform:

Under the new arrangement, Odart says, the Ixxus team remains intact as a wholly owned subsidiary of CCC, “as we look at how we bring the world of rights and content together,” to enhance existing products—”and how do we bring additional benefit” to those and new products.

“When you think about it, CCC has been doing this for years in terms of rights holders. They’ve been facilitating those exchanges in effective ways and have a lot of wisdom on how to do it and a whole raft of tools and solutions. Whereas, if you’re starting from scratch from the content side of the world, it’s like an Everest to try to get over” when facing the complexities of securing and handling rights.

“When you approach the world from ‘How do we solve the problem?’ rather than ‘I’ve got some cool software, how can I sell this to you?’ that’s a very different perspective. Success is invariably defined by dealing with people, processes, as well as technology. It’s never just a technology solution. Because that has been our world—which is starting with business stakeholders saying, ‘This is what success looks like’—it’s a business objective. Whatever that business objective is, time and time again, Ixxus has been tasked by ‘How do we solve that?’ Out of that experience has come a lot of learning around what’s useful and appropriate.

“All that experience we’ve been gathering along the way” is what has gone into the development of the Ixxus Platform—a response to familiar patterns of content-handling snags that’s designed to be useful to businesses that aren’t equipped to have Ixxus create a bespoke software from the ground up.

“When you approach the world from ‘How do we solve the problem?’ rather than ‘I’ve got some cool software, how can I sell this to you?’ that’s a very different perspective.”Steve Odart

“You know the 80-20 rule: If this gets you 80 percent of the way there because it’s been sorted out before, a problem that’s been solved a number of times already, an aggregate solution—if that’s good enough, then on that you can build. So we’ve brought that to the table in creating this off-the-shelf platform that’s just soaked in scars and sweat and blood from the battlefield. This is real world, useful, pragmatic solutioning.”

Odart commends his staff, developers “I can’t keep up with them, I don’t even try. You just give them their head. You set them free on building their own product, it’s amazing what comes out.”

So it is that Ixxus is having the new experience of being able to offer a ready response that won’t require the labor intensity and two years or so of creating a bespoke answer to what’s needed.

“Nobody has time anymore,” Odart says. “We’re all out of time.”