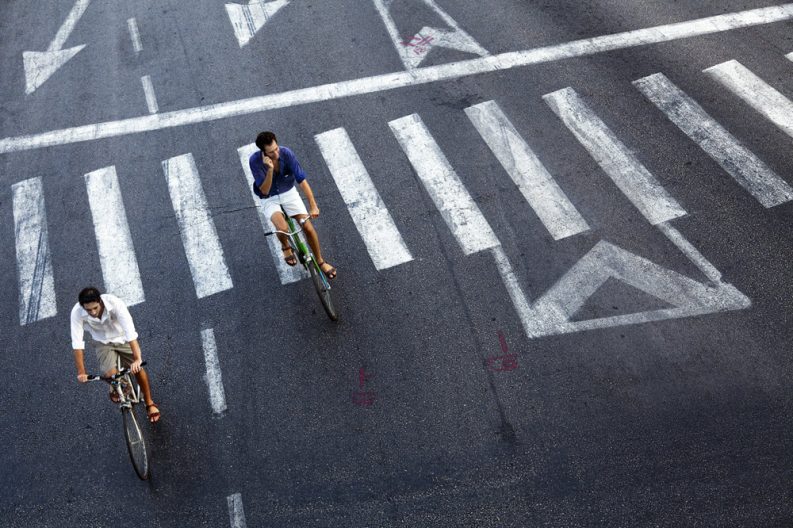 ‘The world of publishing has evolved one small step and then stopped,’ says a digital entrepreneur, one of three whose Israeli startup is collaborating with the venerable Oxford University Press. ‘Take the risk to share your vision with a partner.’ Such wisdom on working with startups is something we might expect from a leader in world university presses like Oxford, and OUP’s Joseph Noble doesn’t disappoint. But there are canny insights to be had in the leadership of startups, too. Israel’s Yoay Lorch at Total Boox today has a refreshingly jarring way with words: ‘There have to be more open, fair and democratic ways to connect than by having to buy a book.’—Porter Anderson

‘Straight to the Consumer Is Best’

In their 2011 book Start-Up Nation: The Story of Israel’s Economic Miracle, Dan Senor and Saul Singer explored how Israel, at the start of 2009, had more companies than any other country listed on the NASDAQ. Seven years later, the start-up scene there reportedly still is going strong.

In February, Oxford University Press (OUP) teamed up with three Israeli ed-tech startups to develop online educational products, despite a growing academic boycott of Israel to protest its policies towards the Palestinians. The startups selected are:

Six months later, Publishing Perspectives has spoken with lead players at TinyTap, Total Boox, and OUP to find out how their projects are going.

TinyTap information tells us that the company has a turnover of about $3 million and employs 11 people in Israel and two in the UK. There are some 80,000 published activities in the TinyTap market with more than 4 million downloads of its apps to date.

Publishing Perspectives: What is TinyTap? Yogev Shelly, CEO of TinyTap: We’re a platform that empowers teachers to make personalized content for students. It allows them to create content almost as fast as writing on a whiteboard.

Once we created the platform, our next step has been how to share it. We’ve created a marketplace so that other teachers, students and parents can discover resources from real teachers, which is really powerful.

By “real teachers,” I mean that the game, video or visuals they create can show what makes them a great teacher. They bring their teacher-ness into it. What’s more, the platform is so simple to use that students as young as 6 years old can use it to teach each other their multiplication tables.

YS: The platform allows publishers to reach parents fast. The next step is to offer online courses such as those from the OUP on how to learn and improve English. People are willing to pay for courses from Oxford. For OUP, it allows them to offer a digital experience to their readers.

PP: What are the challenges of being an ed-tech innovator in Israel?

YS: We know that Israel rivals Silicon Valley in terms of the number of startups [as reflected in Julian Mitchell’s recent article at Forbes]. But there is a limited ed-tech Israeli scene, so we had to seek investment as a consumer product.

For us, it’s hard to market directly to state schools because of politicians and paperwork. Private schools are easier. Straight to the consumer, whether a parent or student, is best.

PP: What’s your vision of the future?

YS: We want to become YouTube for educational material. It’s crazy that teachers still have to put a CD into a player and go to Track No. 40.

‘Buying the Book Becomes a Deterrent to Readers’

Total Boox may look like any ebook store, but it isn’t. It allows you to search for and read books, and create your own reading shelf. The twist is that you pay only for what you read. Total Boox employs 13 people and has a turnover of $4m.

Publishing Perspectives: What is Total Boox? Yoav Lorch, founder and CEO of Total Boox: The world of publishing has evolved one small step and then stopped.

The digital revolution didn’t happen like it did in the music or video. There are still books that need readers and readers who need books. There have to be more open, fair and democratic ways to connect than by having to buy a book.

All the book world is still tied to this purchasing model and it’s annoying, humiliating and time-consuming. Buying the book becomes a deterrent to readers. There is lots of content that you’re interested in, but you can’t jump over the purchasing barrier.

We, instead, want to move the industry from the purchasing model to the reader-centric model. All the books are available–no questions asked–but if you read only 3 percent, you pay only 3 percent of the price and you own 3 percent of book. This is called “progressive ownership”: what you read is what you own. You never pay for what you don’t read. I call this radical fairness or radical simplicity.

PP: What’s in it for a publisher like OUP?

YL: Publishers only really make money from the frontlist. Their backlist and midlist are huge buried assets which they don’t have the desire and money to promote. They also want to find readers for their frontlist as well and spend a lot of money convincing readers that the latest bestseller is worth it.

Unlike Amazon, we give publishers detailed real-time info about how, when and where consumers are consuming their books, through a live dashboard. [The data] is not per user, but in aggregate.

PP: What are the challenges of being an ebook innovator in Israel?

YL: This is my fourth startup and the hardest to raise investment for. That’s because in Israel, there’s little knowledge about ebooks and little understanding as to how the market works. The lack of knowledge in the investment community makes them feel insecure about investing. There’s also the sense that Amazon is too strong and powerful and that it’s a waste of money to send more foot soldiers into battle.

We started off working with libraries in the USA and so we knew we were barking up the right tree.

PP: What’s your vision for the future?

YL: That in five years’ time the idea of buying an ebook with be seen as absurd. There are millions of books looking for readers. Readers and books should be able to find each other and mingle.

Oxford University Press is the largest and oldest university press in the world and publishes in all academic fields, from multiple offices around the world. It produces more than 6,000 titles a year and sells about 1.5 million units.

Publishing Perspectives: Why did you team up with these startups? TinyTap had a platform that can be used by teachers to create their own content. They have taken our content and created a couple of content modules. They have a unique experience of content, and they do a good job at converting it.

Kidoz is like a little private app store. Everything is an app. We came into contact at the Mobile World Congress in Barcelona. So we have a number of applications developed with them. It provides a save environment for them, a kids’ safe zone.

Total Boox is the third. They’re distributing our books through a new type of channel. What was interesting about them was that it was a new type of model that also lets you look at the usage of ebooks. It is a model that publishers have played with and we wanted exposure to that model to understand how it works with our books.

PP: Why partner with companies in Israel? It’s a long way from Oxford.

JN: What we’re trying to do is to find the best and most interesting companies to work with in different parts of the world, and Israel is interesting [because] outside of Silicon Valley, it has the highest concentration of startups. It’s a market we hadn’t been to before and it’s one that we felt we should go and visit. We came into connection with two groups who are curating ed-tech startups, Mindcet and UK Israeli Tech Hub, and they acted as a bridge.

Finding good partners is like finding someone to work for you. They have to be someone you trust, someone responsible, who is creative and can do things. It’s a very human thing. There has to be a mutual respect–with us in their technology, and with them in our content.

PP: What are the challenges of working with startups in Israel?

JN: Distance. It’s quite challenging to visit. Getting in and out is not as simple as hopping out to Holland. Time zones are challenging.

PP: Was the academic boycott an issue for you?

JN: In a case like this, what we’re trying to do is improve educational outcomes. This is a clear educational mission. There would have to a real political bent to make it appear that it’s not a good idea. We’re talking to startups who provide Arabic content as well.

PP: Six months later, how is it going?

JN: Ongoing. Still early days. But we really like the TinyTap. We like their expertise in handling content, and, while there are no discussions at the moment, one way forward would be talk about how they could become content providers for us.

PP: What’s your advice about working with startups in Israel?

JN: Visit the market. Find a way to collaborate on a near-term project that you can invest time and energy in without betting the farm.
Find people who you can work with. Be frank about the success of a project.

Take the risk to share your vision with a partner.