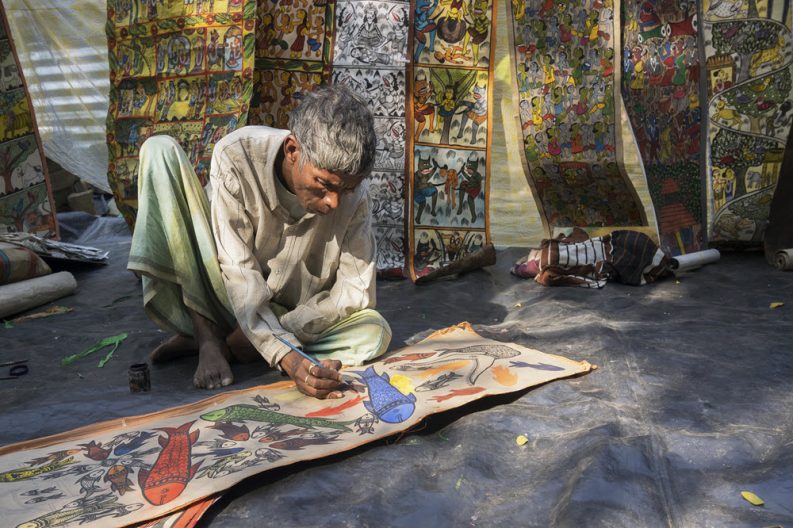 In a bid for fairness in assignments, artists and writers are ranked to determine who is sent to festivals and given honoraria. Applicants rated by a ‘high-powered committee.’ Close to 700,000 Writers and Artists Profiled

Writing for The Indian Express, Ashutosh Bhardwaj reports that India’s Culture Ministry has decided that artists and writers from across India will be rated, to “prevent a clique from dominating the official cultural space.” The ratings will determine who gets sent to which cultural events.

In the pilot program, 185 writers and artists have been graded into three categories—O (Outstanding), P (Promising) and W (Waiting). These classifications are to govern which creative people represent India in international festivals. The grading was done by a “high-powered committee comprising the ministry’s bureaucrats and selected artists,” Bhardwaj writes.

Of the 185 graded, forty-six received Outstanding ratings. Twelve were given Promising ratings. The remaining 27 were put into the Waiting category and are not eligible for participation. Bhardwaj reports that according to the memorandum, “after a performance, an artist can participate in another event only after a ‘cooling off period’ of two years.”

The program has been described by officials as a success that can pave the way for a full-scale rollout. The Center for Cultural Resources and Training (CCRT), an autonomous department under the ministry and the key agency for the program, already has profiled close to 700,000 additional writers and artists. Mahesh Sharma, Minister of State for Culture, tells The Indian Express that the idea is to create a complete listing of all “personalities in the field of culture,” and then rank them by popularity, age and experience, adding that they’ll then be “sent to various events, as per their grading.”

Officials at the Culture Ministry argue that ranking writers and artists can guarantee “fairness in participation of artists at various events” and help in “fixing their honorarium.”

Given the controversial nature of the program, the idea has been discussed at meetings between government officials and the heads of autonomous cultural institutions over the past few months, according to the report. And while some representatives have shown concern that the rankings may draw criticism from writers as well as other artists, others approved of the plan.

Writers and artists have had mixed reactions, reportedly, some saying that they didn’t know or understand the criteria of the ministry, while others say they welcome the development.

Asked about the grading system, Sharma tells The Indian Express: “There was this usual allegation that only a selected few artists or a group of artists participated at various events. We want to send them to various places as per their grading. It will also fix their honorarium permanently. We will prepare an index. We can then invite them anytime and send them anywhere.”

Officials, however, acknowledge that the project has its challenges, especially scale: while it was relatively easy, they say, to rank 185 artists, how will the ministry be able to scrutinize and rank large numbers of applicants in a transparent manner?