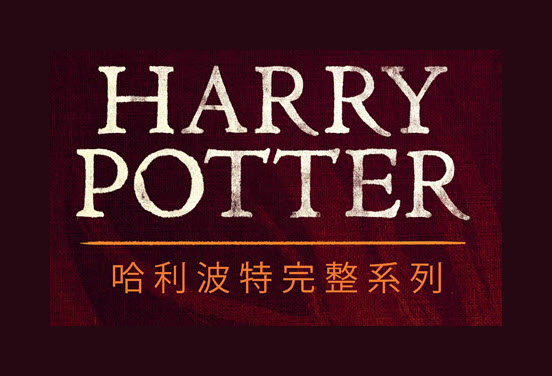 Ebook editions of the seven Harry Potter novels, plus the new ‘Cursed Child’ playscript, debut in China Monday (August 1) at five leading retailers, one of them with 600 million mobile users. Spokespeople for Trajectory tell Publishing Perspectives that the company is assisting Pottermore in the release on Monday (August 1) of J.K. Rowling‘s Harry Potter series in China in ebook format.

According to information provided by Trajectory, a US-based distribution and Natural Language Processing firm, this is the first time that the Potter canon has been sold in digital format in China. The seven novels are being published in both Chinese- and English-language editions.

In addition, the original ebook edition of the playscript of Harry Potter and the Cursed Child, Parts One and Two, is being released. The show had its premiere on Saturday (July 30) at London’s Palace Theatre amid special appeals from Rowling that her fans “keep the secrets” to avoid spoilers for those yet to read or see it.

Five major retailers have been selected by Pottermore, according to Trajectory, to carry the ebooks initially. They are DangDang, Douban, iReader, Tencent, and Xiaomi.

In a prepared statement from Trajectory, Rowling is quoted saying, “I am thrilled that fans in China will now have access to the Harry Potter books in digital form. I know that many readers enjoy ebooks and so this will be great news for both existing fans and new readers there.”

DangDang, which claims some 20 million ebook users, is to promote the Potter ebooks through its online shop, its reading app and other outlets. Yun Zhang, DangDang Vice President for Digital Business, is quoted as saying, “We are so excited that DangDang Reading will be one of the premier platforms to distribute the Harry Potter series ebooks in China, and we are honored to present this ‘brand-new’ story after nine years to DangDang Reading users in the first time.”

Dai Qin, Douban’s General Manager is quoted: “As a book- and movie-sharing social network site, Douban has gathered thousands of millions of Harry Potter fans. The release of the 8th Harry Potter story and the whole series in digital form on the Douban Read platform, will be a reunion of all the old HP fans and the discovery of new ones.”

Xiaomi’s Duokan division chief Chou Ruiheng: “The Duokan Reader is an ultimate ebook reader with perfect EPUB style support and compatibility. We are confident that we can bring millions of Harry Potter fans an excellent reading experience.”

Information provided by Pottermore indicates that the seven Harry Potter novels, originally published between 1997 and 2007, have sold more than 450 million copies worldwide, are distributed in more than 200 territories, have been translated into 79 languages, and have produced eight films. Rowling, of course, has also written the screenplay for the forthcoming film (November) Fantastic Beasts and Where To Find Them.

For those anticipating that new film in the autumn, Rowling talks about it at some length in this trailer from Warner Brothers.