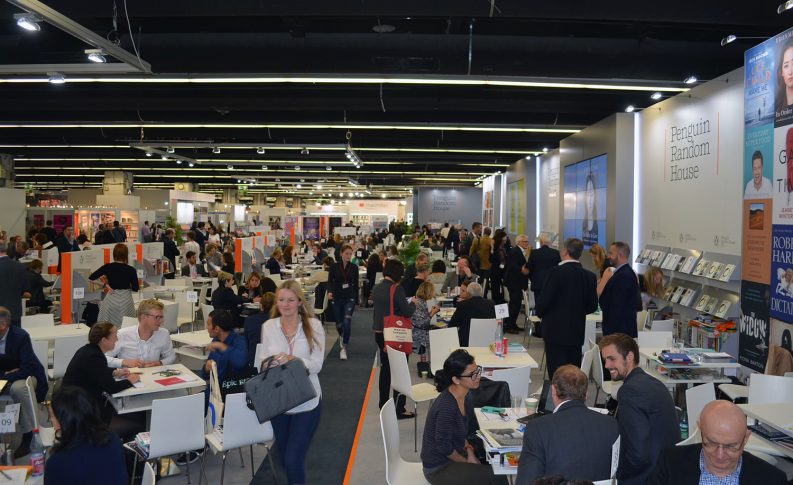 Some of Penguin Random House’s major rights successes recently include John Green’s ‘The Fault in Our Stars’ and the 32-territory fast start of J.P. Delaney’s ‘The Girl Before.’ We asked for some insights into recent international rights action at Penguin Random House, the world’s largest publisher, and are pleased to be able to share some highlights for you. The UK cover of J.P. Delaney’s The Girl Before, to be published in January 2017

According to company spokespeople, the Ballantine imprint had exceptional success at Frankfurt Book Fair with author J.P. Delaney’s forthcoming The Girl Before, which is scheduled to be published on January 24, 2017.

The book is described as a psychological thriller about a woman who rents an ultra-modernist house designed by an enigmatic architect, only to find that the previous tenant has died mysteriously. Comps for the novel are The Girl on the Train, The Silent Wife, and Gone Girl.

The property was moving quickly last October at Buchmesse: It was submitted with just 50-plus pages to potential publishers at 2 a.m. Frankfurt time Thursday, and the Random House rights team found a line of interested scouts and publishers at their stand by 9 a.m. that same morning and by Friday evening had concluded four preemptive deals, with one following early Saturday morning.

The territories and publishers on board were:

Ballantine Bantam Dell’s Kate Miciak made the acquisition for US publication in a pre-empt, from agent Caradoc King at United Agents.

Along with a deal completed with Doubleday Canada, the book now has been sold in 32 territories. Movie rights have been sold to Ron Howard and Universal Pictures, beating out four other bidders.

And in an interesting note on the value of quick timing, Ballantine’s acquisition was completed late Wednesday night, hence the Thursday morning debut at Frankfurt.

In the Children’s division, a 2015 highlight was the publication of Jennifer Niven’s All the Bright Places, now licensed in 39 markets. Niven went on tour in the UK and Italy and was a featured guest at the Bologna Book Fair, where the Random team hosted a gathering of her international publishers.

Niven’s book now has become a bestseller and an award-winner in several countries. Her publishers now are looking toward her upcoming novel, Holding Up the Universe, whcih has sold into 15 markets pre-publication. That book is scheduled for an October 4 release. The company cites a resurgence in graphic novels for all ages in the category, giving special attention to two projects:

Random House is selling international rights to Lisa Yee’s DC Super Hero Girls, launched in the US this spring and licensed in nine markets so far.

Spokespeople also talk of an uptick in picturebook licensing, the most recent example being Jean Reagan’s How To… series, now sold in 10 markets.

And here are some backlist successes she lists from the children’s division: Several other insights into recent activity of interest on the rights front:

In 2015, Johanna Basford’s Lost Ocean sold in 32 languages/territories for record-breaking advance levels, as the coloring book trend took the world by storm.

Nine years after the publication of Wreck This Journal, Keri Smith remains one of the company’s biggest international bestsellers: The book is published in 36 languages/territories and has sold 3.6 million copies around the world.

In Penguin’s Young Readers’ group, the biggest global rights success—no surprise here—is reported to be John Green’s The Fault in Our Stars, with 55 languages and territories licensed at this point.

And in an overall glance at foreign licenses including the UK and Australia/New Zealand for children’s titles, Penguin Young Readers Group has surveyed its licenses from 2013, 2014 and 2015, reporting that they’re up 32 percent in numbers of licenses from 2013.

The biggest growth category, Publishing Perspectives is told, has been chapter books, driven by the Who Was series, up 70 percent, followed by picture books, which were up 21 percent, during that three-year time span.

And From the UK Penguin Random House UK is a major part of the big company’s global reach, of course, and we have several glimpses of recent success stories in the rights arena.

In children’s books: Sally Green’s Half Bad sold in 45 languages in under 12 months after acquisition and before global publication. The book set two new Guinness World Records, as a matter of fact, one for Most Translated Book by a Debut Author, Pre-publication and one for Most Translated Children’s Book by a Debut Author, Pre-publication. The book has gone on to sell into 51 languages.

In adult books: MJ Arlidge’s Eeny Meeny, a debut crime thriller published in 2014, has sold into 29 languages, building this repeat author into an international brand.  And there’s Ruth Ware, whose In A Dark, Dark Wood, published on December 31, 2015, has sold into 34 territories.

The Hogarth Shakespeare series—which sees Shakespeare’s works retold by leading bestselling novelists of today—launched last October with Jeanette Winterson’s The Gap Of Time, and was published last month (June 21) in 21 languages and 29 countries.

Nonfiction: A History of the World in 100 Objects by Neil MacGregor, first published 2010, has gone into 14 languages. And the company says it now has 34 active publishers for Jamie Oliver’s cooking titles in translation.