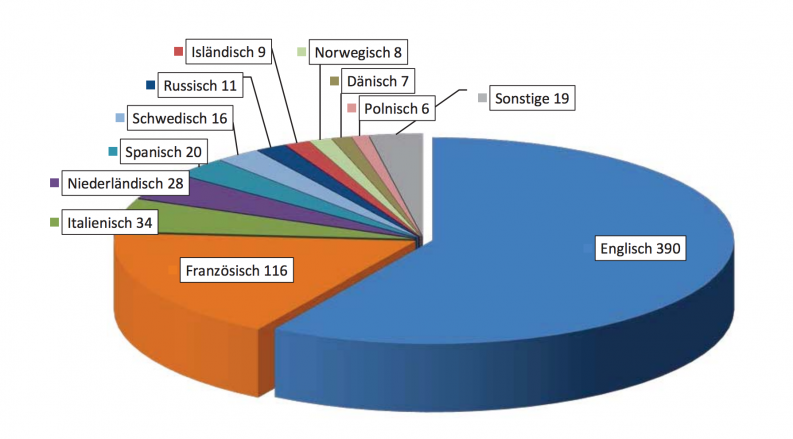 In its first such report in 15 years, Germany’s translators’ association asserts ‘the weak position of literary translators in negotiations with large publishing houses.’ Writing at Slator, the site’s co-founder and Managing Director, Florian Faes, reports that the German Association of Literary Translators (VdÜ) has released the findings of its first compensation survey in 15 years.

He writes, “The survey provides an interesting look into the world of literary translation,” based on a sample of 644 contracts for book translations into German.

Among the survey’s results:

Literary translators do have an added bonus, however, in addition to the rate paid per page: commissions on sales. Of the 664 contracts included in the survey, 504 of them included a commission “on net sales in bookstores and other derivative sales.” “The level and structure of commissions is a hot-button issue among German translators.

“In 2011, the German Federal Supreme Court clarified an earlier 2009 ruling and set minimum commissions at 0.8 percent of net sales. The commission only applies, however, once a book passes the threshold of 5,000 copies sold, which, according to the VdÜ, is the case for less than 50 percent of all translated work.

At the same time though, the survey reveals that “compliance with the Supreme Court ruling among publishers is surprisingly low”—only 46 percent of contracts are in line with the Court’s standards. In 53 of the contracts, Faes writes, commissions were at 0.3 percent and only became applicable after 8,000 copies.

“In a commentary to the survey, the VdÜ regrets that, despite intense political and legal lobbying spanning several decades, ‘appropriate compensation for the demanding work’ of literary translation remains elusive. According to the authors, the survey once more highlights the weak position of literary translators in negotiations with large publishing houses.”