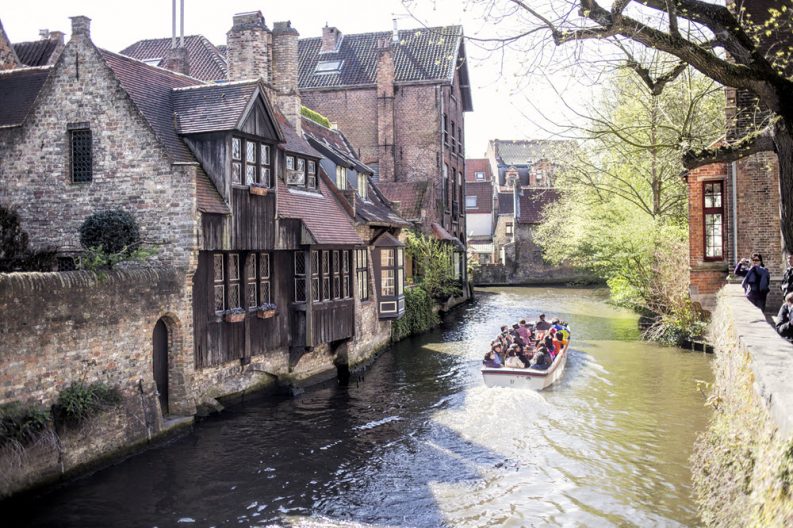 A timely reminder of shared culture and business in Europe, early elements of Frankfurt Book Fair’s Guest of Honor program for October focus on Flanders, The Netherlands, and ‘what we share.’ In Bruges, in the province of West Flanders in Belgium. Image – iStockphoto: byakkaya Flanders and The Netherlands have announced early plans in their participation in October as Frankfurt Book Fair’s Guest of Honor.

Using the slogan “This Is What We Share,” the ambitious overall cultural program is expected to comprise:

At a press conference last week, the program’s organizers announced that the opening event on the evening of October 18 will feature the youngest Guest of Honor speaker to appear to date at Frankfurt, the Flemish poet Charlotte Van den Broeck, 25, from Turnhout. Previously, that day, The Markets: Global Publishing Summit, which also features Flanders and The Netherlands as one of seven pivotal world publishing markets.

That opening program is also to feature Dutch writer, actor, and columnist Arnon Grunberg. Grunberg and Van den Broeck are to provide an opening reading in the form of a cross-generational dialogue, the first two of some 70 authors—half Flemish, half of them Dutch—who will appear in events at Frankfurt. Genres represented in the overall program are said to comprise fiction, poetry, children’s and YA literature, nonfiction and graphic novels and comics.

Noting the new backdrop of the difficulties now facing the European Union in the aftermath of the UK’s referendum vote to leave the UK, Frankfurt Book Fair Director Juergen Boos at the press conference said:

“When Flanders and The Netherlands first applied to be Guest of Honor of the Frankfurt Book Fair, it wasn’t clear how great a symbolic effect the joint appearance of the two countries would have.

“And we had equally little idea that the motto ‘This is what we share’ would present such a wise commentary on current events.

“Our Guest of Honor this year has attempted a daring venture, with each side asking questions of the other, while at the same time teasing out their common literary and cultural threads.

“We can look forward to a highly topical, and at the same time deeply moving presentation.”

As we’re reminded by Bart Moeyaert, Artistic Director for the collaborative project, Flanders and The Netherlands have selected him, an author, to head the effort. And that fundamental focus on aesthetic and artistic components of the cooperative effort are to include the installation by CREW from Brussels of a pavilion within the Guest of Honor pavilion that’s an evocation of Mies van der Rohe’s famous pavilion at the Barcelona International Exposition in 1929.

The Agora at the Frankfurt Book Fair will be brought into play, as well, with an installation for Fair visitors, and inside the pavilion’s offerings will include a cinema with on-demand presentations at the ready.

Speaking of his approach, Moeyeaert says his intent is to communicate through small detail rather than grand gesture: It “always comes down to detail,” he says. “So I have spent the last two years taking care of the detail.”

More coverage will follow in the weeks ahead on the coming Flanders-Netherlands Guest of Honor offerings at Frankfurt.