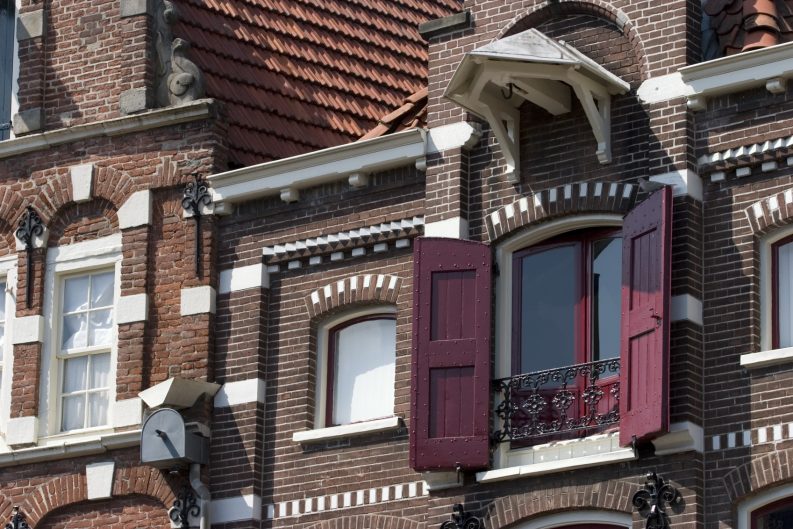 In efforts like the Dutch Publishers Association’s ‘Renew the Book’ and ‘Scouting Successful Fiction’ at the University of Amsterdam, The Netherlands’ publishing industry explores what’s ahead. In the city of Zutphen. Image – iStockphoto: Albert Mendelewski

In the 16th century, Amsterdam was at the center of a publishing revolution. In the 21st century, the Dutch publishing industry, while said by some to be slow to innovate, is thought by others to have much to look forward to.

The Netherlands and Flanders are, jointly, this year’s Guest of Honor at Frankfurt Book Fair. To that end, some 35 Dutch authors will be in attendance, as will publishing leaders from a wide spectrum of the industry.

Some of this decline, however, they write, may be based on a rise in ebook sales.

The Markets white paper data puts ebooks at 4.7 percent of the market today. And according to the Dutch Publishers Association (GAU), last year, 40 million books were sold in The Netherlands, worth €500 million (US552 million). Ninety-three percent of those sales were in print and seven percent in digital formats. The year before it was a similar picture apart from ebooks, which stood at five percent.

‘To Connect Our Members to the Outside World’

Wiet de Bruijn, chairman of the GAU, that 100-member publishers association, is upbeat when asked if he sees print book sales’ decline as what some observers say is stagnation in publishing in the Netherlands.

“No, not at all,” de Bruijn says. “We know that in our country there is a lot going on.”

He points, for example, to GAU’s launch in 2015 of Renew the Book. Based on the Rockstart Accelerator approach to support for startups—featuring mentoring, networking, workshops and industry exposure—Renew the Book engaged five startups competing for five weeks in Amsterdam.

The prize, won by Dutch startup Bookarang, was €15,000. Bookarang aims to improve book discovery by using content parameters such as setting, emotion and writing style to provide recommendations to readers and build reader profiles for retailers. “We started Renew the Book last year,” de Bruijn says, “to accelerate innovation in the Dutch publishing industry by inviting startups from all over the world to come up with ideas for publishers.

“We had applications from Romania, Italy, Berlin, and even the Dominican Republic. The intent is to connect our members to the outside world. Publishing is an international business and the Dutch are a people who are international in their outlook.”

From the first year of the competition de Bruijn says they learned a lot. “We learned, for instance, that publishers should strive to experiment in different areas. We learned the importance of communicating–even marketing–your proposition to publishers and booksellers so that they understand what is in it for them.

“We also learned that if something is not working, it is great that you tried it, but you should then stop it.”

‘About 30 Percent Published in Dutch’

“The turnover and number of books sold has gone down drastically in The Netherlands,” says Hermann Buss, entrepreneur, publisher and author of Bestsellers and Badsellers: Towards New Strategies for Publishing Books. And if there’s a point on which he and de Bruijn agree, it may be on the need for international engagement.

Book sales are “now beginning to recover,” Buss says, “but profitability is low compared to 2008. Some people fear that the numbers will never recover. A regular bestseller is down from about 100,000 to about 50,000 books. Prices are stable, but in my opinion the average price is still too high compared to our neighbors.” “It’s a small country and it has a small reach. Only about 20 million people speak Dutch, which is very low compared to French and English. It’s hard for a country like The Netherlands to develop its own literature as it is difficult for writers to get a large audience. But it has always been this way. Fixed pricing helps to protect Dutch-language publishing.”

Without fixed pricing, Buss says, many think that prices would be cut in half.

“Publishing and bookselling have lagged behind other industries in terms of innovation.

“One exception to this is World Editions, launched by Dutch publisher Erik Visser in order find a new and larger audience by translating Dutch work into English. In the Dutch market only about 30 percent of books are published in Dutch, the rest are in English.

“Another example is publisher Das Mag, which is innovating in marketing through organizing events that have tremendous reach. Then for ebooks there are at least five all-you-can-read subscription offerings. The Dutch public libraries have a good lending app for ebooks called de Bibliotheek, which is growing in popularity.

As for self-publishing, “Most people just use it for their photo [books]. It’s smaller in the Netherlands than in other markets. Publisher Singel Uitgeverijen has a self-publishing platform called Brave New Books. But these are are still fairly small operations and risk cannibalizing the regular operations of the publishers.”

‘Something Collaborative for the Publishing World’

Dr. Karina van Dalen-Oskam, head of the department of Literary Studies at Huygens ING and professor of Computational Literary Studies at the University of Amsterdam, is raising funds for an innovative new project called “Scouting for Successful Fiction.” This developed from her research project, “The Riddle of Literary Quality,” in which she tried to find out what features a novel should have for readers to appreciate it as literary.

Van Dalen-Oskam and her team want to build a tool that can help publishers select manuscripts to read from the slush pile, manuscripts that otherwise would not have been read at all. The idea is to use data science, starting with stylometry—a study of an author’s work based on the recurrence of turns of phrases and other elements—in order to “take the fingerprint” of digital books. Such a fingerprint contains such criteria as how many different words are used; how long the sentences are, how much dialogue is included, and so on. The goal is to compare the fingerprints of manuscripts with those of published books and other data to help publishers find the next great book. “People get rather scared when we describe our ideas. They think we think the computer can make the decisions, and they think that we do not believe in the expertise of the ‘human curator.’

“We do believe in that, and it’s always the human who will eventually make the decisions even if they have a little computer help.

“We’ll be happy if when we publish our research this tool gets out into the world. We hope, however, that it will be something collaborative for the publishing world rather than for profit.”

‘A Fruitful Ground for Publishing’

In the end, Hermann Buss says he believes that innovation may help the publishing industry in The Netherlands gain focus. “Too many publishers in The Netherlands,” he says, “try to publish everything. They’re small to medium enterprises still concerned with paper—and typefaces, and marketing with a capital M is not always accepted, as literature is seen as culture.”

“I am an optimist,” he tells Publishing Perspectives.

“Sixteenth-century Amsterdam had more than 60 publishing houses. The Netherlands has always been a fruitful ground for publishing. Our members wanted to do Renew the Book, which was great.

“The world is rapidly changing and we want to learn not just about author rights and VAT but about entrepreneurship as well. We want to be inspired by entrepreneurs.

“This is a great time for publishers.”