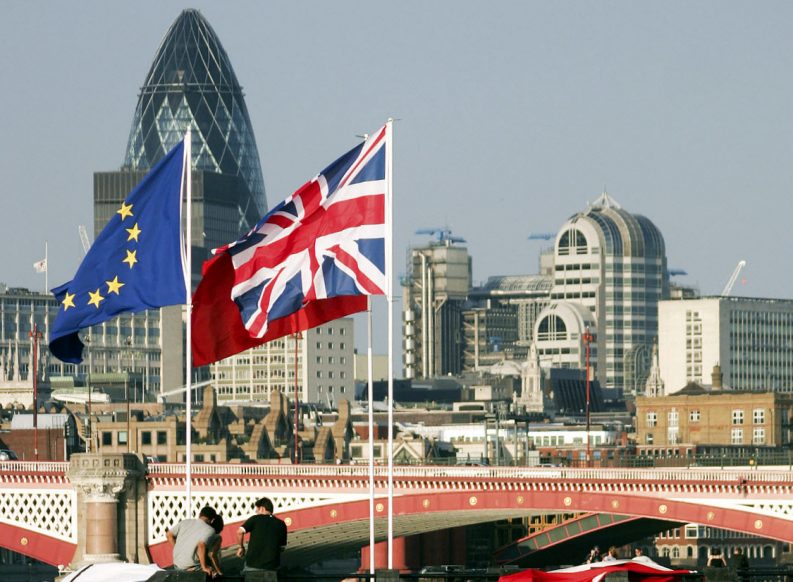 ‘We will have to strengthen our voice,’ says a panelist from the UK’s Publishers Association in a London discussion this week on the implications of Brexit for the trade industry there. Shortly after Roger Tagholm filed this report from London, the Associated Press wire  flashed the news that UK Home Secretary Theresa May has the nod to succeed the Conservative Party’s David Cameron as Britain’s Prime Minister. And Cameron is of course stepping aside as a result of the UK’s Brexit referendum. May, AP reports, said that she is “humbled and honored”…and that “Brexit means Brixit.” You’ll hear that line echoed in our article here.—Porter Anderson

You know people are concerned when the Prime Minister is booed at Wimbledon.

Those who made their views known to David Cameron at Sunday’s Gentlemen’s Singles Final don’t all work in the creative industries. But rest assured, there are plenty in the publishing business who aren’t happy with Cameron’s decision to lead the UK into a referendum on its membership of the European Union. They’re angered by the result, which needed an electoral “hawk eye” to decide so narrow was the margin by which the “Brexiteers” scored their point.

Many people now are confused about what happens next, hence Monday’s (July 11) snappily titled “Brexit Breakfast” event, organized by The Bookseller and ably chaired by the magazine’s Deputy Editor Benedicte Page. It was produced in cooperation with Harbottle & Lewis, a legal firm which hosted the session in their central London office.

Winter said that we are where we are, “And we have to make it work for us.”

She said, “In times of trouble, the government does want to hear from business,” but she admitted that it will be “more difficult to be heard in Europe. Norway [which is not an EU member-state] says it is more difficult.  So we will have to strengthen our voice on European organizations.”

She also suggested that things might be quicker on such areas as enforcement with regard to takedowns of pirate sites on Google, saying, “At the moment the government says it has to wait for Brussels.” But she said there were concerns over copyright law, and concerns over what will happen to EU funding for certain bodies, too.

The fact that the PA had taken a neutral stance on whether to remain in the EU angered writer and filmmaker Victor Schonfield, and his words demonstrate the strength of feeling on the topic.

Speaking to Publishing Perspectives after the meeting, Schonfeld said: “The morning that more than 1,000 UK lawyers set aside neutrality and urged Parliament to delay and reconsider adopting the Brexit referendum result—one of five separate legal challenges that have been launched against Britain leaving the EU—it was disappointing to hear the Publishers Association parrot the mantra ‘We are all Brexiteers now, we must accept it.’

“An inward focused Britain with emboldened xenophobic impulses, spurning the concerns of Europe in favor of anti-cosmopolitan values, is not the country that produced Joseph Conrad or Graham Greene. The predominance of youth and degree-holders among Remainers makes the quiescence of publishers at this juncture self-destructive. Remainers are big book buyers—not the people who daub Polish homes ‘Go home!’

“As an author who has just completed a literary thriller and love story set in a steadily more xenophobic Britain, as a filmmaker whose internationalist themes have been championed by British TV, as a descendant of persecuted Eastern European Jews who were welcomed to the UK, it pains me that while authors and book buyers are continuing the argument, the publishers’ spokespeople give the appearance of siding with those who look forward to a narrowly nationalistic UK, one possibly shorn of Scotland.

“Books are above all about widening horizons. Will the day come when British authors are advised to avoid prominent mentions of Europe in their novels? I have already heard such whispers. We should be speaking our protests loudly.”

Gallenzi, whose Alma Books publishes a lot of translated fiction, said that he’s worried about translation funding, and the loss of EU support for fellowships and festivals. But he spoke of wider, psychological concerns too.

“It is very important,” he said, “that we are not seen as inward-looking, that we remain very much a part of Europe. I am very pleased that at Frankfurt [Book Fair] this year we have been given space at the Agora for a group of independent publishers.  We will have to be more active to celebrate cultural diversity.  We must have the free movement of thought, if not of people.”

On British Exclusivity in Europe Kremer, the literary agent, said that authors are “very sensitive to the need for a narrative change of gear now. We’re all instinctively European—creativity should have no borders. But now we have to think about Britain too.

“If British publishers would like to retain European exclusivity,” she said, “then please tell authors what you are doing in Europe, please tell them what European bookshops are doing, please let’s talk about favorable royalties. Then agents will support your desires for exclusivity.”

Some historical perspective here: The issue of European exclusivity was raised in 2006 when Carolyn Reidy, President and CEO of Simon & Schuster, charged British publishers with a “land grab” at BookExpo America (BEA). A compromise was reached under which it was recognized that British publishers needed exclusivity within the EU to protect their home market and US publishers, in a quid pro quo, asked for North American rights in return, often taking the Canadian market.

For more on the controversy this caused at the time, we can look at Joel Rickett’s report in The Guardian. He wrote, in part: “The Brits are pressuring literary agents to grant them exclusive European rights to books. But the Americans are fiercely resisting what they see as a cynical attempt to stitch up a growing market. How can they accept that in Italy, say, only British versions of Philip Roth’s novels would be available? At the Washington [BEA] debate, Simon & Schuster president Carolyn Reidy accused the Brits of a ‘land-grab based on the thinnest of legal and business pretences.’ But Hachette chief Tim Hely Hutchinson responded, ‘The British market is in danger of being destroyed’ if US editions pour into the EU.”

Commenting today on this sensitive area, the agent Clare Alexander at Aitken Alexander says: “If we do indeed completely ‘Brexit,’ then American publishers may consider that the EU is an open market and wish to export their edition in competition with the British edition.  At least one of them has already expressed their intention so to do—although as of this moment, we haven’t left, so nothing has happened yet.

“There is also a very real risk,”Alexander said, “that Australia will also become an open market because of their own domestic political situation. Thus British publishers stand to lose both their most significant export markets. I am worried that the ability for British publishers to retain Europe as an exclusive market will become very difficult if we are no longer part of the EU.”

The Mood in the Morning Thompson, who looks after production and IT at mind-body-spirit publisher Hay House, bravely admitted to being an ‘Out-er’. “I think Britain is good enough to stand on its own feet,” he said.

“We don’t need to be dictated to. The result was closer than I expected, but I think we’ll be fine.  It will be different, but it will be fine.” Kogan said, “We have fantastic European colleagues and I have a real concern that we’ll no longer be able to attract these people. We are a significant exporter of intellectual content worldwide and we need people with international experience.” Like Schonfield, Polly Swan, Head of Legal at Walker Books, also pointed to that objection from the 1,000 UK barristers who are arguing that there must be a free vote in parliament before Article 50 of the EU’s Lisbon Treaty can be triggered, activating the actual process of extrication from the European Union.

“I can’t imagine they’ll overturn the verdict,” Swan said. “I am concerned about the uncertainty at the moment. The result was a shock to everybody. It’s a difficult time, but the creative industry is very strong and I am sure it will be listened to.” Johanna Brinton, who looks after international publishers for ebook distributor OverDrive, said, “I’m confused as to how publishers will be affected, and public institutions too—the knock-on effect to public libraries.

“Will it have an effect on funding and literacy programs?”

Meanwhile, it’s worth recalling some remarks following that land grab debate.  In her paper English Language Rights in the Global Market: An American Perspective from Springer Science+Business Media, 2007, Carolyn Savarese, then at the Perseus Book Group, writes, “The Brits keep the EU at arm’s length when it suits them, then wrapping themselves in its warm embrace when it suits them.”

The debate now is about whether that embrace is enabling or inhibiting.

More on Brexit and publishing: