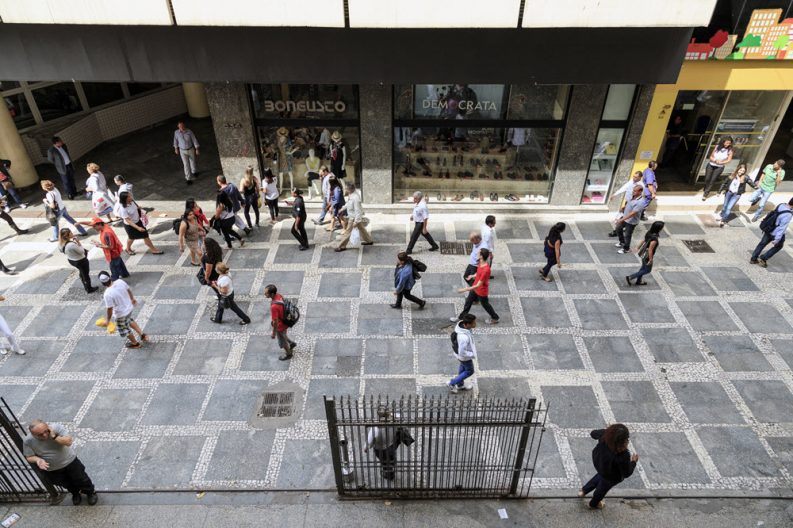 With economic shrinkage forecast to continue, Brazil’s publishing industry battles educational and distribution challenges: ‘We’ve had to reinvent ourselves,’ says a key player in the book business. In our series with specialists (analysts, visionaries, and players) who will speak to issues in the seven pivotal publishing markets of Frankfurt Book Fair’s conference, we hear now from Miriam Gabbai, the founding publisher of São Paulo’s Callis Editora. We hope you’ll join us for The Markets: Global Publishing Summit on October 18.

Diversity Is ‘Our Strongest Quality’

As we read in Publishing Perspectives’ free white paper on The Markets: Global Publishing Summit, the Brazilian publishing market, while a key entry point into Latin America, has suffered a crippling blow from sudden halt of government investment in 2014. With the nation’s economic growth stalling, government book purchases, writes Hannah Johnson, dropped two years ago by some 16 percent, according to figures of the Brazilian Book Chamber (CBL). Amid rising inflation, “The Brazilian publishing industry subsequently shrank by more than 5 percent in 2014,” writes Johnson, based on reports from the Institute of Economic Research Foundation (FIPE).

After seeing more contraction of 3.8 percent in 2015 per CNN, the central bank predicts this year’s drop could be another 3.5 percent.

The phrase that publisher Miriam Gabbai offers Johnson in regards to ongoing pessimistic forecasts for economic growth is “a gloomy scenario.”

Callis Editora‘s founder will speak in the conference on October 18 in Frankfurt as one of the players from Brazil’s market. We’ve asked her, ahead of her appearance, how the situation looks to her this summer.

1. “The strongest quality of the Brazilian market is our diversity.

“Brazil is the biggest country in South America. While we are surrounded only by Spanish-speaking countries, the official and only language of Brazil is Portuguese. Various waves of immigrants over time have made us open-minded and tolerant of various cultures. In many cases, that has meant simply incorporating them into our own culture.”

2. “Education for all is a big concern in Brazil.

“Only 29 percent of the population has a high school degree and 26 percent studied only up to elementary school, according to statistics of Pesquisa Nacional por Amostra de Domicílios (PNAD). Although the numbers are improving, this is a slow change that will take time to fix.”

3. “One of the greatest challenges in Brazil is distribution.

“We have 3,095 bookstores, 55 percent of them located in the southern part of Brazil, most concentrated in São Paulo and Rio de Janeiro. Even in a place like São Paulo with 44 million inhabitants and 335 stores, the ratio is still inadequate: that’s one store for every 35,000 people. UNESCO recommends a ratio of one bookstore for every 10,000 inhabitants.”

4. “It’s important to expand the number of readers in Brazil, even within the most educated part of the population.

“According to the Brazilian Institute of Public Opinion and Statistics (IBOPE), Brazilians read 4.7 books per year and buy 1.2 books every 12 months. This number increased from 50 percent to 56 percent of the population between 2011 and 2015. However, this could partially be a consequence of the growth in schooling in Brazil during that period.  In choice of entertainment, only 35 percent of interviewed participants consider using their free time for reading.”

Publishing Perspectives: Can you tell us a bit about your perspective on the Brazilian market?

Miriam Gabbai: Callis is a small publishing house founded in 1987. To survive in this market for 29 years is no small achievement.

PP: What is it you publish?

MG: We publish mainly for children and young adults.

PP: And your clientele?

MG: Most of our sales until 2013 were divided between the government—our biggest client—and private schools, bookstores, and foreign markets. But in the last two years, the government programs have been paralyzed and we’ve had to reinvent ourselves, changing our focus, and adapting to the new reality.

Luckily for us, for the last 20 years, we’ve been participating in book fairs all over the world and rights sales are a growing part of our business.