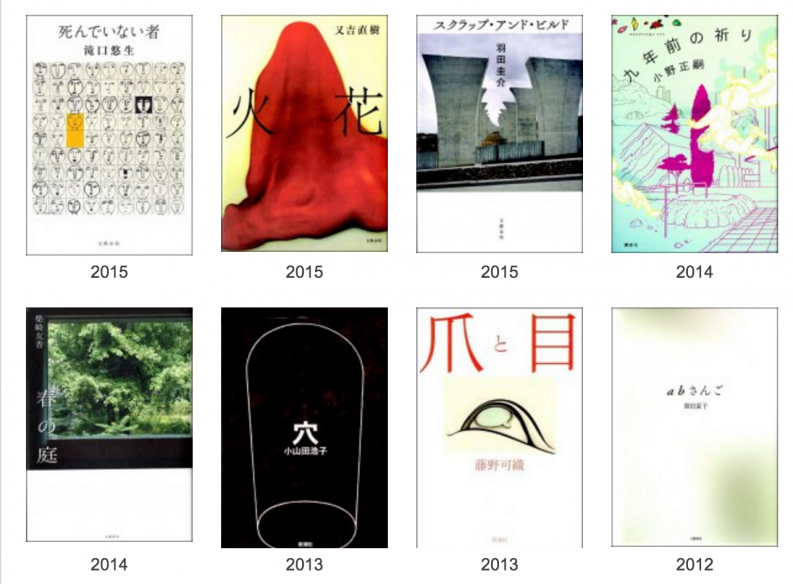 The public may be less than thrilled to see Japan’s latest major book prizes awarded to people who are ‘not TV talent or celebrities,’ commentators say, but that is ‘as it should be.’ ‘Not TV Talent or Celebrities’

AKyodo report in Japan Today reports that novelist Sayaka Murata has won the prestigious semiannual Akutagawa Prize for up-and-coming authors, while the Naoki Prize for popular fiction has gone to writer Hiroshi Ogiwara.

A 36-year-old native of Chiba Prefecture, Murata won the 155th Akutagawa Prize for her novel Kombini Ningen (Convenience Store Woman), which is said to demonstrate the “closeness” of modern Japanese society as seen “through the eyes of a female part-time worker at a convenience store who is regarded as strange by people around her.”

Sixty-year old Hiroshi Ogiwara of Saitama Prefecture, was awarded the prize for Umi no Meiru Rihatsuten (Barber Shop with View of Sea), a collection of short stories “describing the complicated love-hate relations of families.”

At The Japan Times, Daisuke Kikuchi writes that at a news conference held after the announcement of the awards, Murata seemed stunned by the award:

“I can’t believe it. It seems like a miracle,” she said.

“I’ve always wanted to write about interesting people, and this was my first attempt.”

Murata made her literary debut in 2003 and has won numerous other awards, including the Mishima Yukio Prize. She works, like the heroine of her novel, in a convenience store and says that the job gives her ideas for her books. But as she revealed at the news conference (held after she got off work) she’ll have to negotiate an agreement with the store’s manager “to continue working there given [that] her life is now going to be much busier after winning the award.”

According to The Japan Times:

“The Akutagawa Prize for serious literature by rising authors is considered the most prestigious literary award in Japan It is paired with the Naoki Prize, which is announced on the same day and is given to authors of popular fiction who have achieved a certain level of success but have not yet reached the top in terms of sales or critical notice.”

As the prize recipient, Murata will receive, in part, ¥1 million (US$9,500) and the opportunity to have her work published in the literary magazine Bungeishunju.

The Japan Times also cites journalist Toshiyuki Inoue and critic Yuichiro Kurihara, who are reported to have said on a program aired by Niconico’s live streaming Internet site that the nominees were exclusively literary people and not TV talent or celebrities. They said [that] even though that might be less appealing to the general public, it is ‘as it should be.’”

The recipient of the 153rd Akutagawa Prize was comedian Naoki Matayoshi whose win for his debut novel Hibana (Spark), as covered by Publishing Perspectives, may have helped trigger growth in Japanese book sales.

Ogiawara, who has won the Naoki Prize after being nominated four previous times, is quoted saying, “I feel relief now and am able to relax. Still, I find it hard to believe I am the winner.”

The Akutagawa Prize was founded in 1935 in memory of renowned Japanese novelist Ryunosuke Akutagawa. The Naoki Prize, also created in 1935, is named after popular writer Sanjugo Naoki.