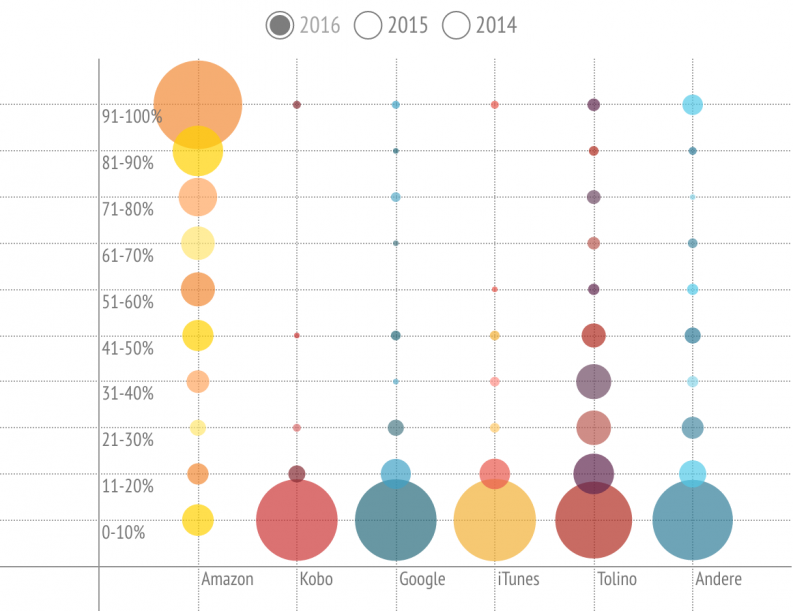 The self-publishing study by Matthias Matting (founder of Die Self-Publisher Bibel, Germany’s go-to source of information about self-publishing) is now in its fourth year. Again, Matting has called and 1,059 indie authors from the German-speaking area have answered. The results of the study below offer a good indication of the current state of self-publishing in Germany.

Participants were asked about the way they publish, how much they earn, and what they hope for in the future. Below are the key findings for the 2016 study:

Warum nutzen Sie Self Publishing?
Create your own infographics

Top three reasons why an indie author would sign with a publishing house: profiting from the publishing house’s influence (60 percent), placement in brick-and-mortar bookstores (59 percent) and access to the publisher’s marketing professionals (57 percent).

Self-publishing is digital: Two-thirds of indie authors prefer to publish ebooks over paperback editions (which were less popular in 2016 than last year, while preference for hardcover editions went up).

In welcher Form veröffentlichen Sie in welcher Häufigkeit?
Create your own infographics

Amazon remains most important distribution channel: 30 percent of indie authors sell the majority of their books via Amazon. Tolino is holding on to second place, but Kobo, Google and Apple aren’t a significant part of the picture.