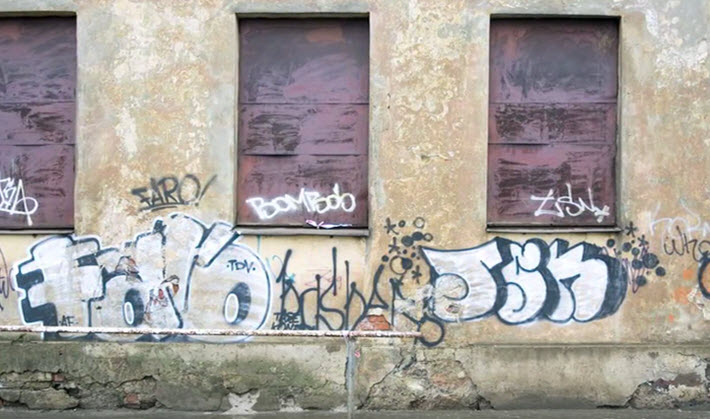 What does it mean to ‘go public’—’to publish’ in the digital dynamic? A masters program at Canada’s Trent University is focused on that specific question, in all its breadth. An elegant lesson in what Trent University’s Michael Epp, PhD., calls “public-ation,” arrived Monday (June 6), when the Associated Press surprised even the news networks that subscribe to its wire service by announcing that Hillary Clinton had achieved the requisite numbers of delegates and superdelegates to be the presumptive Democratic nominee for the Oval Office. Could that—did that—affect how voters cast ballots in six states’ primaries the next day? Margaret Sullivan’s commentary at The Washington Post weighs, in essence, what Epp and his masters students research: At a time when the power and reach of “public-ation” is historically unprecedented, “How do texts shape publics? And how do publics shape texts?”— Porter Anderson

The availability of digital tools has changed the nature of publishing. Start-ups and platforms abound, and so do both formal and informal programs for teaching the business and skills of publishing. It’s true, now more than ever, that anyone can publish.

“As mass-market publishing set itself up hand-in-hand with capital, publishing houses, to increase profit, set out to fool authors and the public into believing that they held a kind of magical and sacred, authoritative monopoly over legitimacy and quality…The claim has always been ridiculous.”Michael Epp

A question we don’t often hear, though, is what does it mean to publish?

One graduate program in English has made this a central question. The Public Texts MA at Trent University in Peterborough, Ontario, explores “what it means to ‘go public’—to ‘publish’—and how that act resonates in the political, economic, and aesthetic spheres.”

The program’s director, Michael Epp, spoke to Publishing Perspectives about the MA program’s focus and the questions it explores, noting that in some ways we’ve come full circle: historically, the term “self-publishing” would have been redundant, given that it was individuals who published their own works.

The program “is an academic and intellectual one,” Epp says. “We produce leaders and innovators who study, analyze, theorize, critique, and produce. We are unique in our specific focus on public texts, and in our deliberately open-ended approach to the field, which we seek to redefine every year.”

Publishing Perspectives: First off, is there a central question the Public Texts program addresses? Is it “what does it mean to publish?” And how has our understanding of publishing changed over time? Michael Epp: Our central question might be phrased like this: how do texts shape publics, and how do publics shape texts? What it means to publish, on the most basic level, is to make a text public. In the early days of the modern public, to publish a text meant to deliberately circulate it among educated and engaged readers who took it up for debate. To “self-publish” at the time would have been a redundant phrase, since the author was the one who decided to release the text to the public.

There are what some scholars cheekily call metaphysical subtleties here: does the public exist before the circulation of the text, or is it brought into being by the ‘public-ation’ of the text? Dialectical and paradoxical relations abound.

Over the 19th century, as mass-market publishing set itself up hand-in-hand with capital, publishing houses, to increase profit, set out to fool authors and the public into believing that they held a kind of magical and sacred, authoritative monopoly over legitimacy and quality. They were pretty successful, but the claim has always been ridiculous and seems to have lasted only a little more than a century. Right now we’re seeing that self-interested claim to power and control significantly challenged.

PP: Regarding the idea of “publics.” Could you tell us what that includes, and how it compares to what we’d simply call “audiences”?

“We have had students conduct internships at major Canadian literary publishers, and with an emerging grown-up coloring-book producer. I can’t wait to see what’s next.”Michael Epp

ME: The question of definition is always on the move.

For instance, some would insist that there really is no plural “publics,” but only “the public.” In this case, the public is a gathering of private individuals who have banded together, in a space between their private lives and the state, to put pressure on the state through reasoned debate…

The public can also simply be the space that is outside the home, the oikos in Greek.

But today we sometimes use the word public to simply mean everyone, as in the term “public opinion.” The plural form, publics, assumes that groups of people who pay attention to a certain text are “a public,” such as the reading public, or the movie-going public. Sometimes indeed it can be conflated with the term audience, but audiences are really more about listening, while publics are more about participating, say in the form of debate or opinion-giving.

PP: Do publics also produce the text, as in a theatre collective or fan fiction? And does the text also create the publics? Are publics communities?

“We founded the program in 2007, and deliberately sought to orient it to a field that was pivotal to literary study, and that was undergoing significant transformation, what today is called ‘disruption.'”Michael Epp

ME: Yes, publics can produce texts, in exactly the forms you suggest here, fan fiction being the most obvious.

And yes, texts can create publics, by being something people gather around to engage with…I would say that publics can be very much like communities, but would suggest that they are different in that publics don’t necessarily know each other or live together, as in the phrase the reading public or movie-going public.

PP: What constitutes a public text? For example, are music, community theater, and art installations public texts as well?

ME: One of the best things about the program is that the answer to “what constitutes a public text?” changes every year with every new group of students who join us.

The field is constantly evolving, and it is a privilege to be a part of it. We have had students write theses on Rastafari music and the relationship between digital and vinyl sound, and on the development of certain characters in Shakespeare’s plays. We have had major research papers written on educational methods in the late 19th century, and on the enduring influence of the Beat poets. And we have had students conduct internships at major Canadian literary publishers, and with an emerging grown-up coloring-book producer. I can’t wait to see what’s next.

Put simply, on the most basic level, any text that is published, or made public, is a public text.

The above promotional video for the Public Texts MA program at Trent University includes interesting perspectives on the pervasiveness of the topic.

A Program Born With the Advent of the Kindle

PP: The Public Texts MA program began in 2007, is that correct? Just as Amazon was introducing the Kindle, self-publishing was about to explode, and traditional publishing was about to be turned upside down. The timing was prescient. It’s hard to think that the digital disruption doesn’t cast its shadow on any discussion of what it means to publish.

“We’re still really just at the beginning of figuring out what we can do with all of our new capabilities for circulating and creating digitally. “Michael Epp

ME: Yes, we founded the program in 2007, and deliberately sought to orient it to a field that was pivotal to literary study, and that was undergoing significant transformation, what today is called “disruption.” So yes, matters of the digital come up frequently, especially in relation to questions of “public-ation” and circulation. In a way, what it means to publish is starting to look more like it did in the early days of the modern public, now that the big publishers appear to be increasingly less necessary for getting your texts out there.

PP: Some interesting online platforms offer opportunities for publishing and collaboration—Hi.co and Wattpad are two that come to mind. And of course there’s social media. Can students opt to produce creative work—for example, instead of a traditional essay, a blog, or a digital story?

ME: Yes, there are lots of interesting groups out there innovating with collaborative publishing strategies, and of course social media changes profoundly every year. We’re still really just at the beginning of figuring out what we can do with all of our new capabilities for circulating and creating digitally. We haven’t had too many students take up a creative option in the thesis stream…and would like to see more of this.

We have a working relationship with the excellent Creative Book Publishing Program at Humber College. Every year, we’ve had students take courses with us in the fall and winter, and then pursue the CBPP at Humber. …. In the fall, they complete their internship through connections they make at Humber.

I believe that the internship, in this way, always has a special creative component.