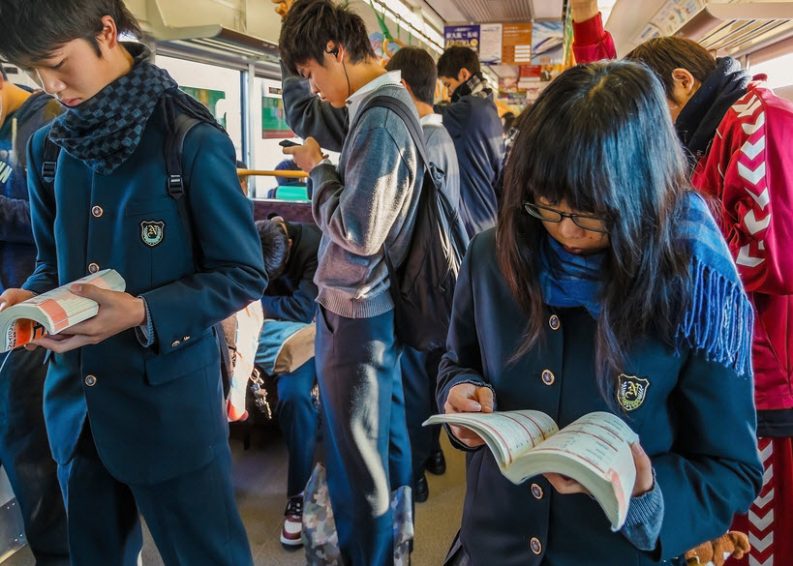 Free distribution of study materials by publishers in Japan is seen as an attempt to influence schools’ choices of textbooks. Kyodo News’ report carried in the Japan Times says that Taishukan Publishing Co., one of Japan’s major textbook publishers, “distributed study materials for free to public high schools in Gifu and Nagasaki prefectures that decided to use its English textbooks,” according to prefectural educational boards.

One school, Gifu Sogo Gakuen High School reported that its board of education had “received around 1,900 study materials” at no charge from the publisher since the start of the 2014 school year.

Publishing houses are banned by the Textbook Publishers Association of Japan from “providing cash and goods, including teaching materials, to individuals involved in textbook selection,” in order to guarantee that the process of picking textbooks is fair.

The Tokyo-based publisher has denied that it intentionally provided the materials, saying that “its employees did so at their own discretion.”

The publisher did admit that three members of its sales staff were involved in distributing 1500 sets of study materials at a cost of ¥290 or US$2.70 each to 11 public schools and three private schools in the Tokyo, Ibaraki, Saitama, Kanagawa and Niigata prefectures. According to the Kyodo wire report, this brings the total number of schools involved to 16, in seven prefectures.

According to its board, Taishukan had informed the school in the spring of 2014 that it was “ready to provide free study materials if requested,” and then shipped them for about two years.

“We wanted to help the schools that chose our textbooks. But we were naive,” one of the employees is quoted in the Japan Times as telling the company during an in-house investigation.

Education minister Hiroshi Hase said at a news conference, “This is a clear violation of the rules and a serious case. We will deal with it firmly.” The Education, Culture, Sports, Science and Technology Ministry will ask 38 other high school textbook publishers to check whether similar cases occurred.

Taishukan President Kazuyuki Suzuki, the chairman of the Textbook Publishers Association since February, announced that he will resign from the post within this month.

The paper also reported that the Taishukan case is one the latest in a long list of violations “that have cast doubt over the fairness of the textbook selection process.

In October, it was revealed that publisher Sanseido Co. had shown textbooks in the process of being reviewed for government censorship to various school principals to get their opinions in return for cash gratuities. In January, the education ministry said Tokyo Shoseki Co., Japan’s largest textbook publisher, was doing something similar by showing an unapproved English textbook to teachers it had paid.

In the textbook selection process, many public highs schools choose the books they want to use and then seek the endorsement of municipal school boards. In private and state-run high schools, the school principal endorses the textbooks that are selected.