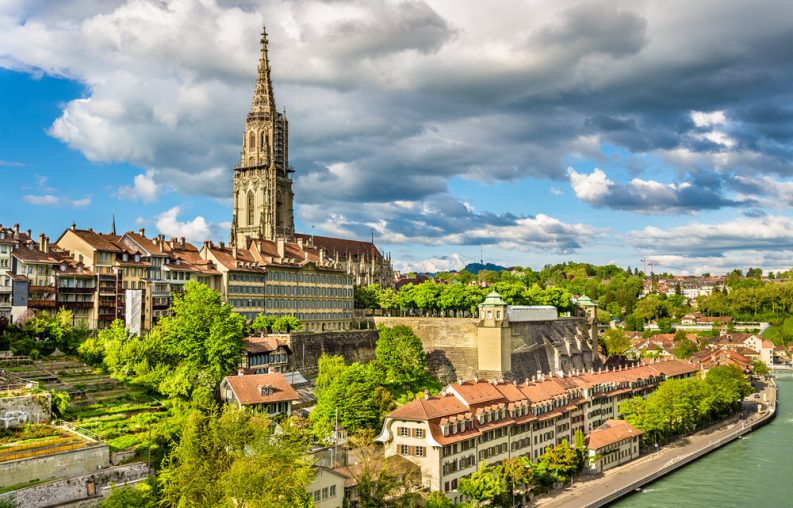 The CEO of Peter Lang, an international publishing group, is now one of six owners pivoting the company to face outward from Bern. Four years ago, she says, the company was ‘very good at hiding.’ When a release arrived from O’Reilly Media’s Safari announcing that Peter Lang had chosen to “transition all of their journals and books onto PubFactory in summer 2016,” many may have been heard asking, “Peter Who?”

They’re in good company. CEO Kelly Shergill of Verlagsgruppe Peter Lang says that she didn’t know about the company four years ago.

“I’ve been in this business, 25 or 27 years now,” she says. “I thought I knew the business pretty well. I’d never heard of Peter Lang.”

And yet the news from Safari’s online publishing platform PubFactory is that it’s processing more than 55,000 titles from Peter Lang along with at least 17 journals. The house of Peter Lang puts out 1,800 new titles yearly, in both print and digital formats. And the new partnership with PubFactory means that “Somebody in South America can publish with a serious publisher and have it go worldwide,” Shergill says.

“I was told, ‘Oh, we don’t do appointments at Frankfurt Book Fair.’ We do have a stand there, but our marketing director for 25 years didn’t believe in talking to customers.”Kelly Shergill

It’s a case of an academic publishing house focused on the humanities and social sciences and running like Swiss clockwork for 40 years, so smoothly, in fact that few outside the academic world knew it was.

“I came from Springer, Oxford University Press,” Shergill says, “and from Klopotek.” And in interviewing for the job of Peter Lang’s marketing and group sales director, Shergill discovered that the company had a single warehouse, in Switzerland.

“And everybody knows that Switzerland is the most expensive place to have a warehouse and distribute worldwide. One of our major customers is Amazon.com. And we serve them from Switzerland.

“They’d never had a single salesperson,” Shergill says. “It just gets better, doesn’t it?” As preposterous as that might seem, Peter Lang was doing very well because, Shergill says, the publisher was so entrenched in the academic markets it serves that its catalogs were used research guides—scholars would consult the Peter Lang catalog to see what had been published on a given topic.

The company is made up of five disparate divisions in Switzerland, Germany, the US, the UK and Belgium. “And we have about 10 different offices” in various parts of the world, she says.

“And they’d never put out a press release. When I started, it came to the first Frankfurt Book Fair and I was told” by Peter Lang staffers, “‘Oh, we don’t do appointments at Frankfurt Book Fair.’ We do have a stand there, but our marketing director for 25 years didn’t believe in talking to customers. She never spoke to anyone, she didn’t want to speak to anyone, and if anybody asked for an appointment, we tried not to have a meeting.”

“The company was very good at hiding.”

‘Our Own Platform With PubFactory’

Founded in Frankfurt in 1970 by Lang, son of booksellers and publishers—the Bern office was established in 1977—the company was held after Lang’s death by a modest children’s charity until it was bought by six people: Shergill; the company’s chief financial officer; its warehouse manager; and three external investors—one of them the chairman, another his son, and the third an associate who “just happened to be in the office when we were talking about this,” Shergill says.

The intent of the new six-person ownership is to keep the company intact but to make good on its founder’s mission of internationally publishing academics by modernizing its systems and globalizing its reach, focusing on 12 core disciplines in the social sciences and humanities, remaining headquartered in Berne and Pieterlen (about 40 minutes from each other), and maintaining offices in Brussels, Frankfurt (where Peter Lang established it originally), New York, Oxford, Vienna, and Warsaw. New York and Frankfurt are the largest offices.

A look at the company’s site today will show you a “Dear Customer” note that explains that Peter Lang is migrating to “a new global ERP system,” Klopotek’s enterprise resource planning software, a process that will interrupt production from Tuesday June 21 to Friday June 24. Production will resume on the 27th with first shipments then leaving the warehouse on July 1. One of the reasons for the choice of PubFactory, in fact, is its readiness to integrate with the Klopotek software suite that Peter Lang is bringing online. With its new operating software and publishing platform, “We can stay very true to our mission,” Shergill says, “which is to make it possible for any academic to publish” and to have his or her work available everywhere.

“So we’re in a very unique position. We’ve bought the company, invested the money for PubFactory, for the Klopotek ERP…and we made the buyout as of June last year.

“It made sense for us to have our own platform with PubFactory,” she says, when it became apparent that interfacing the Klopotek ERP with the company’s old Web site would be cost prohibitive. “Libraries want to work with us directly, not with aggregators. This is the value of having your own content and the size” of the Peter Lang list. “There’s no point in inventing the wheel. I like it clean and mean, and PubFactory was very responsive to what we wanted.”

By going for a streamlined search taxonomy, Shergill says, Peter Lang and PubFactory are trying to make it as easy as possible for users to find, quickly and efficiently, the content they need. “The one thing getting worse for everybody,” Shergill says, “is finding the right content. “There’s so much content out there now, it’s very difficult. In the past, it was always difficult to get the stuff. And looking at worldwide distribution, it still is. Trying to get a book into South America is nearly impossible. It takes absolutely ages. Those poor academics who are there cannot get hold of a book.

“You know Amazon China,” she says. “Do you know that it takes eight weeks for them to source a Peter Lang book? And if that’s what Amazon is going through, what is everybody else doing? I see this because I go to a lot of conferences. The Chinese academics, trying to catch up with the rest of the world, are waiting eight weeks to source a book.”

Shergill’s answer? “I’ll set up a warehouse in China so Amazon has the book in 24 hours. That’s happening. It’s taking a different perspective on it. The availability has to be 24 hours.”

“You can buy the chapter you need from wherever you are. We’re ‘chunking’ everything.”Kelly Shergill

Her new distribution arrangements in nearby Germany carry the same intent: 24-hour availability. And the goal is to corner the international social sciences and humanities market by ensuring that academics, worldwide, can publish, in their own languages, and have that work available everywhere, and quickly.

What’s happening in so many parts of the world, she says, is that a university is ready to publish its scholars’ work, “but it won’t go anywhere. It just stays right there. And that doesn’t help them. So now, with the PubFactory arrangement, we’re saying, ‘You can buy the chapter you need from wherever you are.’ We’re ‘chunking’ everything.” This is one of the significant elements of publication and marketing that’s a hallmark of Safari, of course, the ability for a customer to buy a part of a book, not requiring a full book’s sale. If a researcher needs only one chapter, Peter Lang can sell him or her just that chapter.

“Everybody else says, ‘You have to buy the whole book,'” she says. And she concedes that at this point, the pricing is unclear, but she says that Peter Lang is opting to have a single price for a partial sale, a flat fee for the needed “chunk,” however big or small it may be.

“That makes it easier for people. Why try to force them to buy what they don’t want?

“And amazingly, not many publishers even offer chunking. It gets talked about a lot but they don’t always do it.”

And so Peter Lang is entering a very new stage in its life of decades, leveraging digital publishing capabilities to create a context in which an international network of scholars, researchers, and readers can interact with each other’s work.

“We do have,” Shergill says, “a fantastic network, you know.”