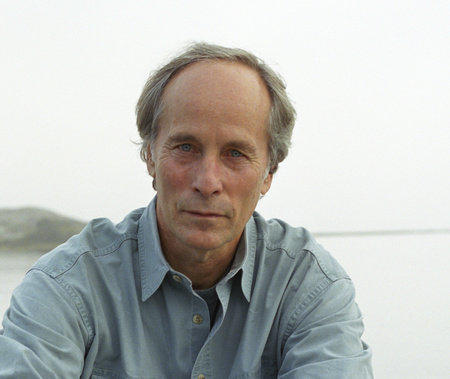 ‘To have readers in Spain has always been a great and generous gift to me,’ says Richard Ford in a statement released on the news of his Princess of Asturias award. From the 2014 ceremony. Image: Princess of Asturias Foundation

It’s a season of significant awards for writers’ bodies of work. We wrote recently of Canada’s Margaret Atwood being named to the English PEN Harold Pinter Prize. Now, details on the honor accorded to US author Richard Ford by the Fundación Princesa de Asturias. Both ceremonies are set for October. — Porter Anderson

Novelist is Fifth American To Win the Honor

American author Richard Ford has been awarded Spain’s 2016 Princess Asturias Prize for Literature, the fifth American to win the prize since it was launched in 1981.

The 14-member all-Spanish jury declared that Ford’s characters, plots and storylines “are defined by an ironic, minimalist sense of epic.” “The careful attention to detail in his descriptions and his somber, dense gaze at the daily lives of anonymous, invisible people meld with the desolation and emotions emanating from his stories.”

“All this makes Ford a profoundly contemporary narrator, as well as the great chronicler of the mosaic of interwoven tales that is American society.”

“His work forms part of the great tradition of the 20th century American novel,” the jury statement added.

In a prepared statement, Ford said: “Needless to say I’m immensely grateful and honored to win the Princess of Asturias Award and not a little surprised. To have readers in Spain has always been a great and generous gift to me, a gift which has come through the loyalty and persistence of my long-time publisher, Anagrama, with whom I share this happy day.

“Writers write books for readers, and so when one of us is recognized, it’s a good day for all writing and all readers. I thank you.”

Ford, born in 1944 in Jackson, Mississippi, published his first novel, A Piece of My Heart, in 1976. He has taught at Princeton, Harvard and the University of Michigan, and his work as a sports reporter in New York in the 1980s inspired his 1986 novel The Sportswriter (Random House), the main protagonist of which, Frank Bascombe, appears in three other Ford novels.

“Writers write books for readers, and so when one of us is recognized, it’s a good day for all writing and all readers.”Richard Ford

He has also written four collections of short stories and a screenplay, Bright Angel.

The communication and humanities prize was this year awarded to US photojournalist and war reporter James Nachtwey , a former Magnum Photos member and founder of the photography agency VII Photo.

The Princess Asturias Foundation is a private, non-profit organization dedicated to the promotion of cultural, humanist and scientific values, headed by the prince and princess of the Asturias principality, who are traditionally the heirs to the Spanish throne.

With the ascent to the throne of Felipe VI of Spain in 2014, the former Prince of Asturias, the Asturias Foundation changed its name in honor of its new president, the Princess of the Asturias principality, Leonor de Borbón y Ortiz.

The prize is to be awarded in October in Oviedo, the provincial capital.