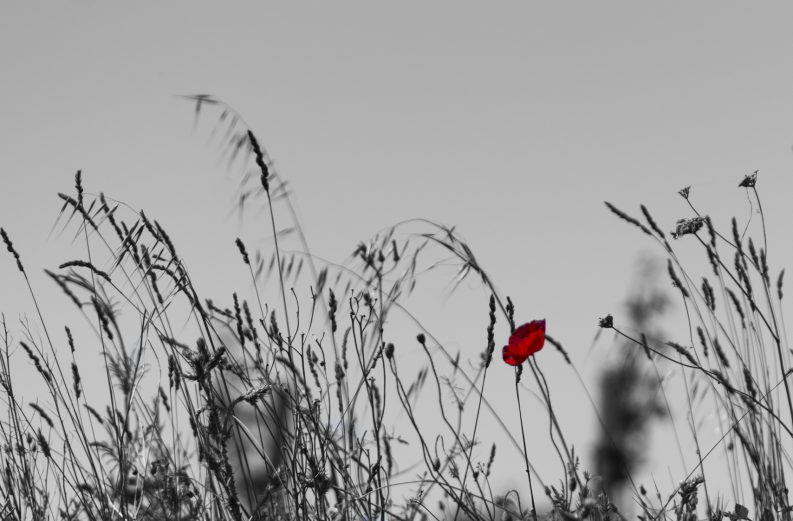 International publishing this season lies downwind of hot blasts of political potentials that many feel could be damaging to various countries’ book industries and readership. Welcome to a Summer of Insecurity. Populism and ‘the Trade’s Attitudes’

Last night at 22:34 UTC, we entered summer in the Northern hemisphere. It’s a hot one, and in some unprecedented ways.

Initially, almost any heat wave now ahead of us might have been answered with John McEnroe’s famous line on the tennis courts of his youth, “You cannot be serious.”

Could the UK leave the EU? Could Donald Trump seize the US Republican nomination for the presidency? Could Beijing imprison booksellers? Could Australia challenge copyright protection and fair use?

These once were when-hell-freezes-over bellylaughs for some. Now, it’s looking pretty icy downstairs. While good literature never stands far from politics of one kind or another, the pressure points of the season are arriving in ways that are no joke. And the industry, along with the wider societies it serves, is understandably on edge. In Publishing Perspectives’ interview today from Roger Tagholm with Japan’s Hiroshi Sogo, we read Sogo talking about a “Trumpian dystopia” which—at least in Japan, he says—might be ameliorated by fixed pricing.

Price controls, Sogo says, protect “cultural diversity” from the ravages of deep discounting which “will destroy market order, and idiotic populism will come to reign where popular titles and genres will sell at lower price points while less popular genres–educational and academic, for example – will be sold more expensively.”

Before the GOP Guignol of the Republican National Convention plays Cleveland, July 18-21, the UK referendum on membership in the European Union will test everyone’s equanimity.

And it’s not your imagination that there are parallels between the energy driving the Trump phenomenon in the States and the “Brexit” (for “British exit” from the EU) push in the UK. In a new New York Times editorial, the newspaper’s editorial board writes: “In the United States and Britain, a relatively normal electoral process became seized with populist nationalism and increasingly immune to normal political discourse.”

The referendum is put before British voters in just two days, on Thursday (June 23).

“The last time The Bookseller took a measure of the trade’s attitudes to the European Referendum (12th February),” writes Philip Jones in London, the [publishing] business was firmly in the ‘Remain’ camp (71 percent), and the possibility of Brexit…seemed a distant possibility.  We couldn’t find a single trade voice to advocate for ‘Leave’; in truth, it was difficult to fathom what, if any, the impact would be on publishing either way.”

Now, months later, with the vote looming, Jones writes, “Things have changed: the trade is, if anything, more strongly in the Remain camp (78 percent), while the publishing arguments for and against have solidified. The country, though, if the polls are to believed, has moved the other way. Brexit is not just now a possibility: it is likely. A clear and present interruption.” “The bad news is that there is still as much uncertainty about what a vote to leave could mean for the country as there was back in February.

“The worse news is that the expected short economic shock is likely to be compounded by the two-year negotiation before the UK actually exits. Pan Macmillan Managing Director Anthony Forbes Watson has warned of ‘long, drawn-out and toxic negotiations’ that, in my view, will suck huge amounts of oxygen from more important political and economic projects, such as, for example, the recovery.”

What might this mean to the UK’s book business?

“For the trade, the dangers have become more obvious. Consumer spend could fall (particularly on discretionary items such as books), the pound could continue to drop (good for exports, perhaps, but a disaster for those buying in paper, skills and print-runs from abroad), and those UK businesses that rely on flexible and unskilled labour could find it tough to meet seasonal demand.

“UK publishing’s sway over European rights would likely be weakened once the arguments over the open market are effaced, creating huge opportunities for the US giants to annex Europe.

“Furthermore, the EU’s reforms on copyright, e-commerce, VAT, and its investigation into Amazon, would simply pass us by.

“If there’s an upside to all this, I’m failing to see it.”

As The Bookseller’s Sarah Shaffi reports, the company’s re-run of its Brexit survey last week, “found that support for remaining in the EU had grown since February. According to the survey 78 percent of the book trade will vote to remain in the EU, with 18 percent planning to vote for Brexit, and just 4 percent undecided.”

It’s clear, however, in long litanies of comments, that many key players in the UK industry are genuinely shaken to see things come this close and look this dire. London’s major agency, Curtis Brown, is providing its staff with 90 minutes off work on Thursday so they can vote in the referendum. Look for more key companies in the British publishing industry to do the same. Meanwhile, Juliana Lu has reported for BBC on comments made by Lam Wing-kee, one of the five Hong Kong booksellers who was arrested by what he describes, writes Lu, as “an elite Chinese law enforcement group which targeted authors and booksellers.” Lam says that was taken in Shenzhen and accused of subversive activity in sending books to the mainland.

Still an event shrouded in mystery, Lam’s detention in solitary confinement seems to have been suspended so that he can retrieve a hard drive with personal contact information.

He tells Lu that he won’t deliver the information and that he doesn’t regret speaking plainly in a news conference and then with the BBC.

What’s placed on the calender between the UK’s referendum on Europe and the Republican convention in the States? As Andrea Hanke, Editor-in-Chief at Melbourne-based Books+Publishing tells us for our story on the Australian uncertainties around the Productivity Commission’s draft report, the picture there is shaping up, in part, along party lines as Labor (the opposition) lines up counter to the current government’s interest in repealing parallel importation restrictions.

“As well as recommending the repeal of PIRs,” Hanke says, “the Productivity Commission also recommended our copyright laws be amended to replace the current ‘fair dealing’ exception with a broad US-style ‘fair use’ exception, and expressed support for the reduction of an author’s copyright to 15-25 years from creation.”

At Work: Watch It

Not least because the digital dynamic has destabilized old concepts of publishing’s foundations and assumptions in so many quarters of business, these and other powerful forces of political uncertainty likely feel even more potent than they might have in other stages of the industry’s development. At NPR (US National Public Radio), Monday’s Morning Edition (June 20) had an assessment by Yuki Noguchi at the tension hanging in the air in US workplaces this summer.

“This election season,” Noguchi writes, “with polarizing candidates in both major parties, some workers and employers say the old etiquette rule about not discussing religion and politics has fallen by the wayside. Political vitriol is spilling over more than ever into the workplace — making it a potentially hostile environment.”

Sound familiar? It’s perfectly logical to expect that this is happening in the offices of publishing, as it is elsewhere. According to Noguchi:

“Susan Schoenfeld,” Noguchi writes, “a senior legal editor at Business and Legal Resources, a publication for employers, urges employers to be very vigilant about what their employees are doing or saying at the office. ‘It only takes one person to have that inflammatory discussion to alienate someone or cause a hostile work environment or potential harassment claim,'” Schoenfeld.

Suffice it to say that if one or another of these potential changes of context seemed bar-joke silly to us a few months ago, nobody’s laughing now.

“I’m the mongrel product of this European continent and I’m an internationalist,” writes the author J.K. Rowling in an essay on her site ahead of the EU vote in the UK.

“I glory in association with the cultures of my fellow Europeans,” she writes. “My values are not contained or proscribed by borders. The absence of a visa when I cross the channel has symbolic value to me. I might not be in my house, but I’m still in my hometown.”

And the values she names are not far from those we find in global literature, are they?—especially at a time when literary translation and cross-border storytelling are accelerating, rising to catch the trade winds of the digital dynamic.

‘How Out-of-Step We Have Become’

These lines from Jones are written in reference to Brexit, but they could be applied to any of the peculiarly potent turning points putting politics so near publishing’s wheelhouse this summer:

“The book business is broadly middle-class, metropolitan and outward-looking. There are moments when you realise how out-of-step we have become with the society around us, and this may be one of them.”

And the wisest people of publishing, rightly, are taking “these moments” very seriously.