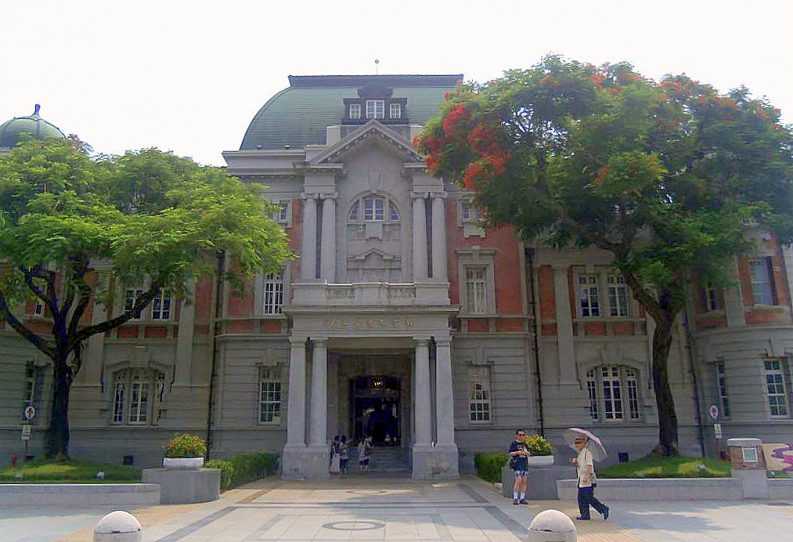 Since 2011, the museum’s translation project has seen 101 books translated for international audiences, ‘national treasures to be enjoyed by our foreign friends.’ The National Museum of Taiwan Literature is in the south, in Tainan City.

‘The International Reach of Local Literature’

An article at state-run Web site Taiwan Today reports that as part of an effort mounted by the National Museum of Taiwan Literature (NMTL) to “expand the international reach of local literature,” 16 works by Taiwanese authors have recently been translated into English, French, Japanese, Korean, and Swedish.

On the announcement of the publication of the newly translated books, NMTL Director Chen Yi-yuan is quoted saying, “These translations enable Taiwan’s national treasures to be enjoyed by our foreign friends.”

According to the article: Columbia University Press’ publication of ‘The Lost Garden’ by Li Ang is translated by Sylvia Li-chun Lin with Howard Goldblatt.

“Since 2011, the NMTL’s translation project has seen 101 volumes rendered into nine languages. One of the most impressive works was in Swedish by Göran Malmqvist, a Sinologist and member of the Swedish Academy, which decides the annual Nobel Prize in Literature.

“Malmqvist translated an autobiographical novel set in Beijing by the late Lin Hai-yin before she moved to Taipei City in the late 1940s.

“Prominent novelist Li Ang thanked the NMTL for producing the English version of The Lost Garden, one of the feminist writer’s major works presenting a Taiwan family saga exploring local history and the heroine’s sexuality.

“Published by Columbia University Press in New York, the fictional piece was co-translated by Howard Goldblatt, an acclaimed translator of Mandarin-language works such as the novels of Mo Yan, a 2012 Nobel Prize in Literature winner from mainland China.”

Li emphasizes the importance of the way in which “systematic translation efforts” can play a role in bringing Taiwanese authors into the international literary marketplace: “Similar efforts have been promoted and backed with large-scale funding in such countries as South Korea,” she’s quoted as saying.

The works of other local female authors, including several playwrights, according to the article, “are enjoying the spotlight as a result of the NMTL project.” Two works of Taiwanese literary history have also been translated, we learn, into Japanese and Korean, respectively.

Chen Yi-jun, an official from the Ministry of Culture’s Department of Humanities and Publications, is quoted saying that the ministry will continue cooperating with NMTL on subsidizing translations of local literary works, to “help them shine internationally.”

The National Museum of Taiwan Literature, founded October 17, 2003, is the country’s first national museum dedicated to the literary arts.

The museum is charged with recording, organizing and explaining Taiwan’s literary heritage.

The Council for Cultural Affairs, now the Ministry of Culture, began to promote a “Chinese-to-foreign language” publication project in 1990 in cooperation with domestic and foreign publishing companies, academic research institutions, and literary organizations. The intent was chiefly to translate and publish modern Taiwan literary works, including folk opera. Between 1990 and 2011 more than 240 translated works were published.

Beginning in 2010, this project was turned over to the National Museum of Taiwan Literature and revised as the “Grants for the Publication of Taiwan Literature Translations.” This new project started operation in 2011 and in addition to “translation publication,” the new areas of “translation” and “publication” have been added as separate items. In June 2012 the Museum established the Taiwan Literary Translation Center (TLTC), the goal of which is to “internationalize” Taiwan literature, increase international exchanges and so improve Taiwan literature’s international image and visibility.