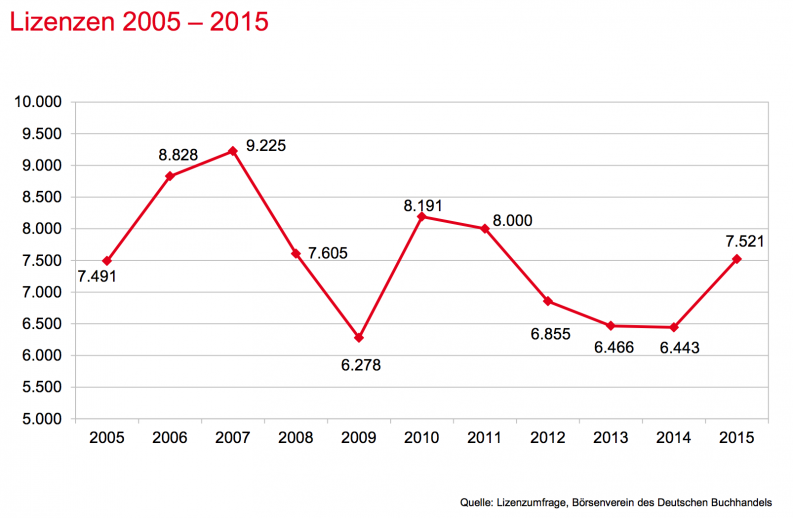 The German book market, a powerhouse of translation, is selling more rights abroad—with a lot of growth coming from China—but is more cautious about buying rights.

After introducing you to the German book market statistics for 2015, it’s time to take a closer look at last year’s situation on the book licensing market.

These numbers were published at the German Publishers and Booksellers Association annual press conference, and they shed light on the current rights and licensing situation in Germany. (You can see all the statistics, in German, in this PDF.) The following text is translated from German. While 2015 was a good year for translations from German, translations into German were a completely different story. The number of translations for first editions continued to fall: 2014 saw 9,962 translated titles; 2015 only came in with 9,454 titles. This decline was most obvious with fiction, where only 5,400 titles were translations from abroad (2014: 5,847). After several years of high translation numbers, 2015 continued on the declining slope visible since 2013.