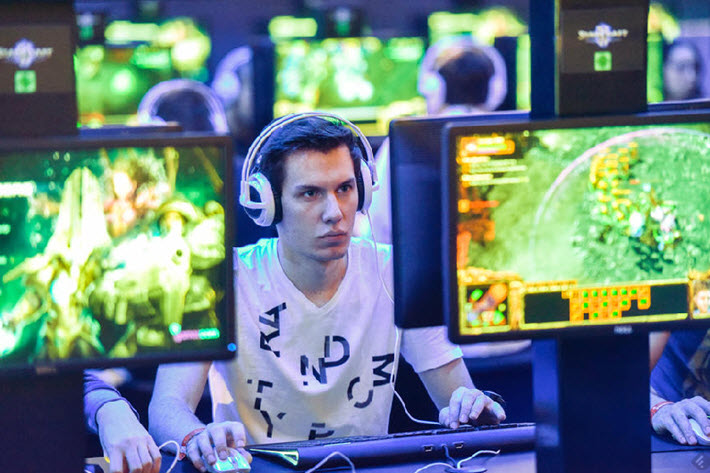 A very quick deadline of June 22 has been announced for publishers interested in presenting their projects to international business players in the games industry at Germany’s GamesCom on August 17. At the Blizzard stand in the 2015 GamesCom. Image courtesy Koelnmesse

Five publishers will be chosen to present their projects—books, licenses, and/or business models—to international gaming industry representatives at Germany’s GamesCom, scheduled to be held August 17 to 21 in Cologne.

The program is a joint effort of Frankfurt Book Fair and GamesCom, and this is the third year in which the Publishers Pitch program has been offered.

On “GamesCom licence day,” August 17, the five companies selected will present to an anticipated 100 or more developers, producers and licensing experts. License day programming emphasizes rights and licensing and license-holders and specialists from many parts of the world will discuss current developments in the field at the Congress Centrum Ost (CC Ost). Last year’s successful premiere of this event drew some 400 trade visitors from Europe and overseas to Cologne.

The program places a tight deadline of June 22 on applications. In a statement, Frankfurt organizers write:

“Interested publishers are asked to kindly send a brief presentation (maximum 700 characters) of their project to the Frankfurt Book Fair (gruen@book-fair.com), including three arguments that answer the essential question: ‘Why should your project be of interest to the gaming industry?'”

The five best submissions will be chosen by representatives of Frankfurt Book Fair and Bundesverband Interaktive Unterhaltungssoftware e. V. (BIU, the German Trade Association of Interactive Entertainment Software). Again, that deadline for applications is 22 June 2016.

GamesCom reports that its 2015 attendance numbered 345,000 visitors. The trade fair is described by its organizers as “the central platform for Europe’s computer and video game industry.”

BIU, the German trade association, has 25 member-companies, which are said to account for some 85 percent of the German market in computer and video games. BIU is the organizing lead on GamesCom.

For more information on the program and applications, contact Susanne Tenzler-Heusler at Frankfurt Book Fair, stenzler@book-fair.com From the EA news conference in Halle 6 of the 2015 GamesCom. Image courtesy of Koelnmesse