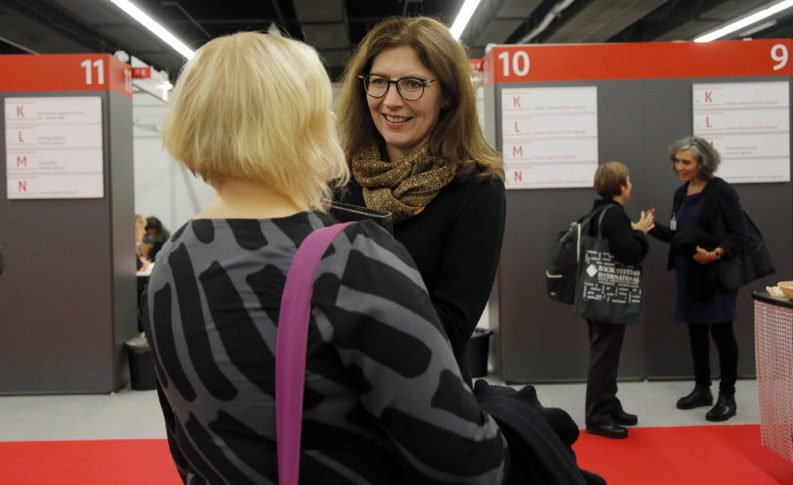 As pre-fair meetings for agencies and publishers’ rights teams move to the grounds of Frankfurt Book Fair on October 18, a free table in the new Publishers Rights Corner is on offer. Register by June 17. 100+ Agencies To Hold Tuesday Meetings at the Fairgrounds

As we wrote in April, a very robust sellout of Frankfurt Book Fair’s 2016 Literary Agents and Scouts Centre (LitAg)—and the search for saner meetings on the eve of the trade show in October—has prompted the creation of Publishers Rights Corner.

At this point, Frankfurt reports, more than 100 agencies are holding their Tuesday meetings at the fairgrounds. To register, send an email to: Tuesday@book-fair.com

The Publishers Rights Corner will give publishers’ rights departments a parallel setting of their own. Each table has four chairs, unlimited entry tickets for that day, basic wi-fi, free morning coffee, water, snacks, a coat check, a drinks reception, and access to the LitAg’s cafeteria and computer.

IPR License Marketing Head Jane Tappuni, in a prepared statement, says: “At IPR License we are delighted to be involved in this new initiative at Frankfurt this year. Having the Publishers Rights Corner open on the Tuesday is a great idea, as more and more people are saying they want to find a quiet space to do business before the Fair starts in earnest on the Wednesday.

“A table right outside the LitAg, and with access to all the facilities there,” Tappuni says, “seems like the perfect solution.”