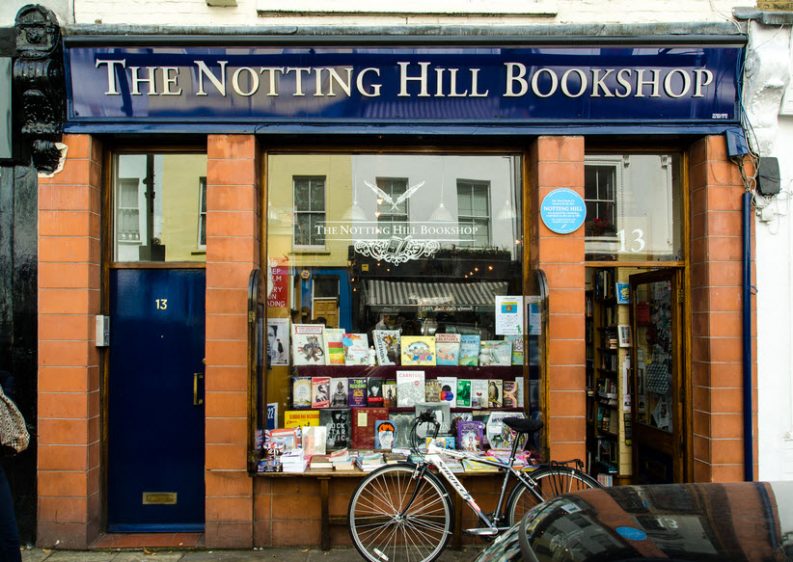 The industry sees ‘a settling down rather than a reversal’ of digital publishing in the UK—one of seven regions featured at Frankfurt Book Fair’s conference on October 18—just as it faces the question of a European Union membership referendum. Bookstores—both in the popular imagination and in the reality of today’s high street—hold a key position in the market life of the UK publishing industry. Image – iStockphoto: pq189

Is the ‘Catastrophic Uncertainty’ of Brexit Ahead?

While the United Kingdom’s great publishing market would seem to need no introduction, many in the business are holding their breaths this summer and wondering what’s ahead.

As we go to press, looking at the UK as one of the seven outstanding publishing regions being highlighted in  The Markets: Global Publishing Summit (#themarkets2016), we’re talking about a country that’s part of the European Union.

Will that still be the case after the June 23 referendum on what’s commonly referred to as “Brexit”?

The nation’s publishing medium of record, The Bookseller, on Thursday (June 9) asked its industry readership to complete a short survey on feelings and predictions about the potential for a withdrawal from the union. As the brief article setting up the survey mentions, there are contradictory opinions about the wisdom of staying and going, of course. An earlier survey of trade publishing workers predicted “catastrophic uncertainty” if the effort to leave the union succeeds. And, we’re reminded, “pollsters are now predicting a close result.”

Perhaps, then, there’s a certain irony that some in the UK seem so eager to breathe a sigh of relief with news from the UK’s Publishers Association’s Statistics Yearbook. In 2015, for the first time in four years in the UK—considered the world’s fifth market in publishing, after the USA, China, Germany, and Japan—sales of printed books rose slightly, by 0.4 percent, from £2.748 billion to £2.760 billion. By contrast, at the same time and for the first time in seven years, according to the PA’s report, digital sales (e-books, audio downloads, online subscriptions) decreased by 2 percent, from £563 million to £554 million.

Should this be cause for celebration? Certainly in some quarters—particularly the brick-and-mortar bookshops of the high street—any lean toward print can appear cheering.

But as many are pointing out, the real goal should be the advancement of both digital and print, of all formats, of reading in every form, and of the readership that must expand if enough consumers are to be found to support such a robust market. The reality of the situation likely was cinched best by PA CEO Stephen Lotinga as “a settling down rather than a reversal” of digital publishing.

Frankfurt conference organizers, in naming the UK one of The Markets’ seven focus regions, note these points:

These figures, drawn from the PA’s Yearbook, clearly support Joanna Prior’s comments. The Managing Director of London’s Penguin General Books is quoted saying “The changes are too small for us to make predictions for what lies ahead. But I do think that any suggestion that the physical book is doomed can now definitively be refuted.”

On the contrary, she notes, publishers have adjusted well to the digital transformation and new trends in consumption and production.

“It’s worth noting that the figures for digital sales only include traditional publishers, and not the growing self-publishing market. In fact, according to Nielsen Book UK, self-published ebooks have a 22-percent share in the digital book market (2014: 16 percent).

“In 2015, domestic sales (print and digital) rose by 3 percent to £1.893 billion. The largest jumps in sales were seen in nonfiction and/or reference books (+9 percent) and textbooks (+13 percent).

“Fiction sales were also up slightly, by 1.6 percent over 2014. Blockbusters such as Paula Hawkins’sThe Girl on the Train (Doubleday), Harper Lee’s Go Set a Watchman (Heinemann) and E.L. James’ Grey (Arrow), played a decisive role in this growth.

“With revenues of £1.42 billion pounds and a quota of 43 percent, the United Kingdom is the world champion in book exports.

“Education, science and ELT (English Language Training) account for two-thirds of this. The share of digital products remained at 15 percent, and Europe continues to be by far the most important target market, followed by the regions South Asia and Middle East/North Africa.”

As is suggested in that material, one especially vibrant sector to watch in the UK is the independent movement.

The home of the Alliance of Independent Authors (the membership of “ALLi” is about half in Europe and half in North America), the UK is a hub of an engaged and extensively organized community of self-publishing authors.

Because indies function almost entirely in ebooks (although more and more print is being placed within their reach as digital publishing evolves), much of the actual sales action remains an array of estimates and conjecture. The major online retailers—and Amazon is said to sell some 90 percent of the UK’s ebooks—do not report sales figures on ebooks, leaving the industry in the dark as to just how much content is there and who’s writing it.

And like the other six regions in The Markets conference at Frankfurt’s Business Center on October 18, the UK will be examined with analysis of its place in the world of publishing; a look at the vision of its literary and commercial ethos; and special networking opportunities with leading business players in the region.

The setting of The Markets, presented in association with Publishing Perspectives on the eve of Frankfurt Book Fair (October 19-23, #FBM16) is Buchmesse’s highly popular Business Club (#BC2016).

Last year’s iteration of the Business Club drew some 3,200 club members from 50 countries with more than 1,200 meetings reserved online and more than 70 events held in the club, itself.

Special Early Bird rates of 20 percent for The Markets conference are available until August 31.

In addition to the UK, The Markets 2016 will bring its targeted presentation style to: