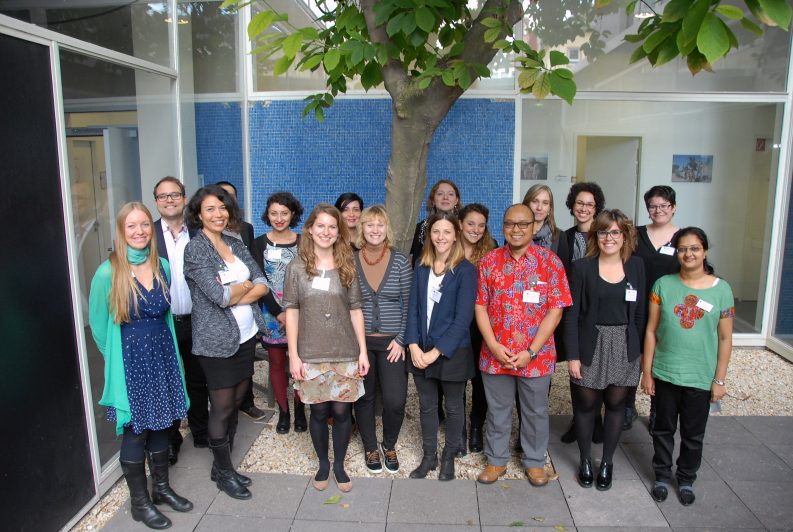 Applications from 100 candidates in 34 countries were received this year, and Frankfurt administrators have chosen 16 participants to become the fair’s fellows in October. ‘Young Professionals in the Early Stages’

In a new record, 100 editors, rights managers, and literary agents from 34 countries applied this year for a spot for a Frankfurt Book Fair fellowship.

The Fellowship Programme was created in 1998, and in its 18th year is announcing 16 participants from as many countries. The incoming October class this year will include the program’s first Ukrainian and Slovenian representatives. “The book industry is a business in which good contacts are essential.

“This is particularly valuable for young professionals in the early stages of their career.

“Moreover, in addition to being given this opportunity to build an international network, participants also gain first-hand information and details about developments in book markets worldwide.”

Here are the 2016 Frankfurt Fellows:

The fellowship program opens 10 days prior to the start of the fair itself (the Frankfurt Book Fair takes place October 19-23, 2016), and features excursions to publishing houses and networking events in Munich and Berlin, as well as in Frankfurt, coordinated by Katharina Wallat.

As Publishing Perspectives’ Hannah Johnson wrote in the March call for applicants, Cristóbal Pera, former Editorial Director at Random House Mondadori Mexico and now Director at The Wylie Agency España, was a Frankfurt Fellow in 1999.

He recalled, “Taking part in the Frankfurt Fellowship Programme in 1999, for me was a life changing experience. At the time I was teaching literature at the University, working part-time for a publisher and enrolled in a M.A. in Publishing. After the two weeks I spent in the company of the most enthusiastic young editors from all over the world, I decided to completely change the course of my career. Just after returning to Barcelona from the Fellowship Programme, I accepted a full time position as editor, leaving my academic career behind.”