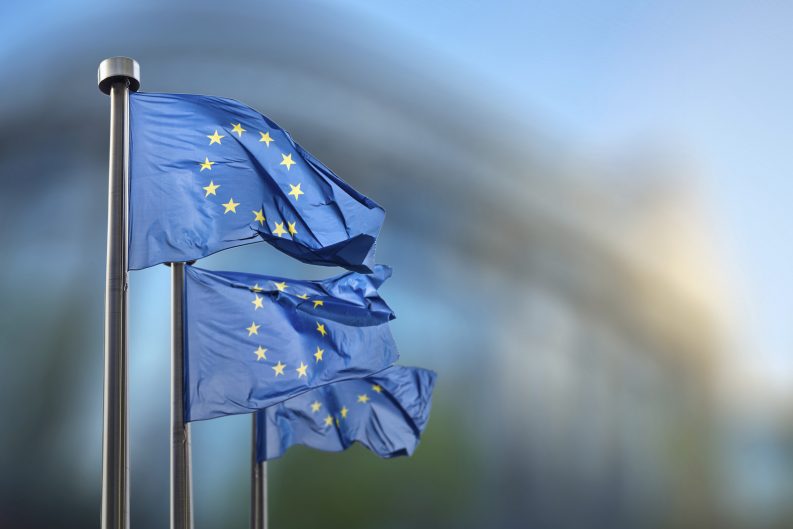 Declaring that ‘the current copyright framework is unfit for the digital age,’ the chief of Europe’s research libraries speaks out against “neighboring rights’—related rights—for publishers. Increasing ‘the Burden of the Transactions of Licenses’

In May, European Member States articulated their commitment to transitioning toward Open Science—including aiming to make immediate open access to scientific publications the default—by 2020.”

Susan Reilly is the Executive Director of LIBER, the acronym for the Ligue des Bibliothèques Européennes de Recherche, the Association of European Research Libraries.

Following the European Commission’s open consultation ending June 15—our announcement of this is here—LIBER has expressed “surprise” at the EC’s consultation, “given that neighbouring rights for publishers were not mentioned in the September Communication on copyright reform under the Digital Single Market in December 2015, and was therefore pleased to be invited to a high-level working lunch with MEP Lidia Joanna Geringer de Oedenberg on 22 June 2016, where the issue was discussed.”

In the form of an address delivered on the 22nd, we get LIBER’s position that “such a measure would increase the burden of the transactions of licences in a sector that already spends a huge amount on content.”

Here are excerpts from Reilly’s address, as presented on the association’s site. “LIBER is the association of European research libraries and represents more than 400 university, national and research institute libraries across 40 countries. Our mission is to enable research from our institutions to be world class. World class research is by its nature collaborative, international, interdisciplinary, and increasingly data intensive. We believe that these four factors can be intensified, and the quality and impact of European research therefore increased, through the practice of Open Science.

“Open Science, as defined by physicist and science writer Michael Nielsen, is based on ‘the idea that scientific knowledge of all kinds should be openly shared as early as is practical in the discovery process’…

“The European Open Science Cloud is being developed with the intention of increasing the impact of the €77 billion investment in H2020 [the European Union’s Horizon 2020 initiative] by making it easier for European researchers and innovators to access and reuse data.

“In May, European Member States stated their commitment to transitioning toward Open Science, including aiming to make immediate open access to scientific publications the default by 2020.

“The proposed expansion of neighboring rights completely flies in the face of the transition towards Open Science. At the moment the aim of full open access by 2020 is ambitious but achievable.

“Neighboring rights for publishers could completely undermine this aim.

“Today researchers are able to make their articles open access by retaining copyright of those articles and by then making their articles available under an open licence such as cc-by (which allows reuse and TDM etc.)…

“Do we now want to create a situation where publishers can retrospectively claim remuneration for those articles, which are the result of European publically funded research?

“It has already been stressed by the Commission and the Council that the transition toward Open Science must go hand in hand with a transition toward a more modern copyright framework; one that enhances our scientific leadership, for example in the area of text and data mining. We know that, whilst in other regions of the world TDM based research is growing—rate of growth is high in Asia and the Middle East. China is now only second to the US as the global leader in TDM based research. In contrast Europe’s share of TDM based research output has dropped by 10 percent in the last two years.

“In Europe the lack of legal clarity forces researchers to seek permission through licences in order to do what their US or Asian colleagues can do within the law. We’ve demonstrated that to implement TDM licences at scale would cost an average research institution €680,000 in researcher time and necessitate 10 support staff. We know that a TDM exception would add a minimum of 2 percent to the European research budget just in terms of time saved by researchers in searching for content.

“Two hundred and thirty six organisations worldwide have signed the Hague Declaration on Knowledge Discovery in the Digital Age because they believe that TDM can save lives. We must prevent IP law from becoming a barrier to knowledge discovery.

“On the other hand, the introduction of neighboring rights for publishers would further limit the pace and scale of research. It would add an extra layer of rights. Would researchers now also need to also seek permission to use links, or display snippets of images or text in their TDM output?

“We have repeatedly presented proof that the current copyright framework is unfit for the digital age, that it is hampering research and innovation and will take a toll on library and research budgets without appropriate reforms. Where is the proof that the expansion of neighboring rights addresses any IP related problems? There isn’t any. I’ve spoken about the potential negative impact but the burden of proof of should not be on libraries or researchers to show that this would be anti-research and innovation.”

Again, the LIBER article and additional complete text of Reilly’s remarks are here.

From the LIBER site