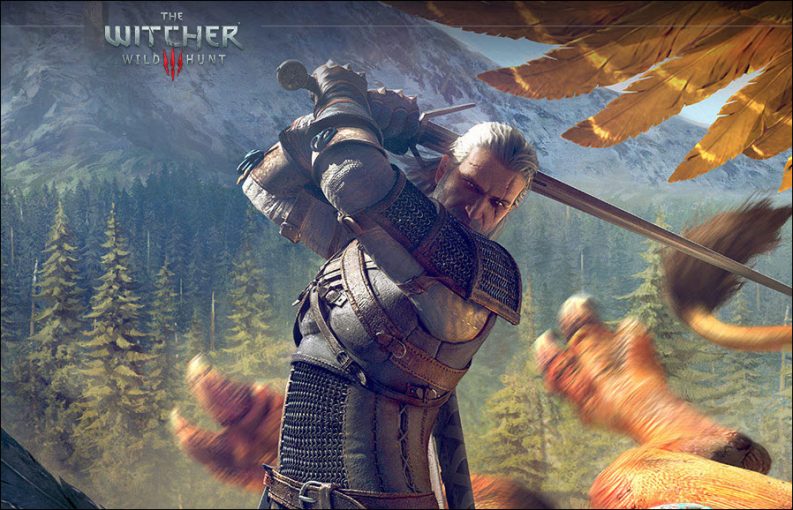 In looking at ‘how well the book can get along’ with its new multimedia neighbors, gamemakers say ‘a book is simply one of the requirements’ of good, engrossing storytelling. From the landing page of the Olive Green, olivegreenthemovie.com

Christopher Kenneally, host of Copyright Clearance Center’s Beyond the Book podcast series, speaks with two multimedia specialists from Poland about their experiences in educational, recreational, and story-based production. — Porter Anderson

‘A Motivation To Go Forward’

The rise of mobile devices–smartphones and tablets–presents a fascinating, perplexing challenge for publishers. Digitization of media transports the book from the printed page onto a screen, placing it adjacent to every and all other media. How well the book can get along with its new neighbors is an important question.

“The backbone is always the story. No amount of bells and whistles will help you if your story is not good enough.”Jakub Szamalek

As part of the annual Global Market Forum last month at BookExpo America, Polish specialists presented two projects that successfully merge literature and education with gaming, film, animation, interactivity and state-of-the-art technologies. The two spoke of insights in a discussion now available as part of CCC’s Beyond the Book podcast series. What they have to say should gladden hearts of editors and executives across the book world.

Krzysztof Biedalak is one of the founders in 1991 of SuperMemo World, part of the trend of applying spaced repetition in computer-aided learning. From 2013-2015, he inspired, devised and co-managed the Olive Green project, a ground-breaking combination of interactive feature film and educational app for learning English.

Jakub Szamalek is an award-winning video game writer and novelist. He earned a Ph.D. in classical archaeology at Oxford and Cambridge Universities and is author of a series of crime novels set in ancient Greece. Since 2012, he has worked for CD Projekt RED, the Polish developer behind The Witcher franchise, a story-driven open world role-playing game based on the fantasy books by Andrzej Sapkowski. Szamalek co-wrote the story and dialog for the The Witcher 3—a critically acclaimed bestselling game. Publishers can be forgiven for worrying that games, films, and other online media represent a danger to books–or, at least, strong business competition. Yet Szamalek and Biedalak noted that books—notably, print editions—are critical to their success. Indeed, they’ve gone hand-in-hand.

While novelist Andrzej Sapkowski had enjoyed great success in Central and Eastern Europe with The Witcher series, his books never quite caught the attention of the English-speaking reader —indeed, only a few were even translated into English.

All that changed, not very surprisingly, when The Witcher game series debuted in 2015, selling more than six millions copies internationally within the first six weeks of its release. Eventually, The Witcher won over 200 game-of-the-year awards, including the prestigious Golden Joysticks.

“After finding out there’s this amazing world and experiencing it,” says Szamalek, “gamers wanted to consult and familiarize themselves with the source material, and so they bought the book. Sapkowski’s first collection of short stories suddenly rocketed to second place on The New York Times list of bestselling books. And now all of his books are translated into English.”

For the Olive Green project, Biedalak and his team developed an original film script rather than rely on any existing work. The story unfolds like a thriller, but the critical element is conveying language competence—and that demanded working not with a Hollywood screenwriter but with an experienced creator of multimedia course work. Publishing a book, in any case, was always part of the plot.

“A book is simply one of the requirements of our clients,” Biedalak says. “In spite of having the multimedia and the interactive technological content, [learners] still need something physical. They want to have a book for reference to be able to go back to the dialogue in some kind of physical container. They want to be able to refer to the grammar descriptions and other details of language education.”

E-learning platforms of all kinds struggle with high dropout rates among students, Biedalak says. Now that e-reading technology also allows publishers to know whether a reader makes it to the end of a book, they face a challenge of engagement that multimedia publishers know only too well. “We’ve faced this for many years now,” Biedalak says. “Self-learning requires a lot of engagement, a lot of motivation to stay in the product and continue your learning,

“We tried to solve this engagement problem through different approaches.

“One was the spaced repetition approach, which organizes the process of learning to make it more efficient so that the learner gains more motivation for himself or herself. And the other way, of course, is to apply media which are very interactive.

“So the conclusion was, let’s try to mix those two approaches” for the Olive Green project. “Let’s try to make our learning product as attractive as an entertainment product.”

For games particularly, even a brief pause in engagement can end the player-and-game relationship. “When you read a book,” Szamalek says, “and for a moment, you lose your grasp of the story and you don’t quite know what’s going on and why the story develops in a given direction, you can always turn the page and the story will go on, even though you didn’t do much in terms of helping it to develop.

“In a video game, you’re pushing the story forward. So if we lose the player for a moment—when they lose the connection, when they no longer understand why the story goes in a given direction—they will most probably switch off the game and never come back to it.”

“In our game, the lead character develops throughout the game and gets more advanced, and acquires new skills and new items.

“For some players this is a motivation to go forward because they want to see what else they can do in terms of character development or game-play possibilities.”

Delivering rewards is an approach book publishers may want to imitate. For example, publishers can deliver additional bonus material to readers for continuing to a book’s end, or offer discounts when purchasing additional books in a series.

“The backbone is always the story,” he says. “No amount of bells and whistles will help you if your story is not good enough.”

Christopher Kenneally is Director, Business Development, for Copyright Clearance Center and host of CCC’s podcast series, Beyond the Book. He may be reached at chrisk@copyright.com

Poland is one of seven regions chosen for the special in-depth focus of The Markets: Global Publishing Summit at Frankfurt Book Fair on October 18. Information about tickets for the event is here.

More about Poland as the Market Focus at BEA in Chicago in May is here.