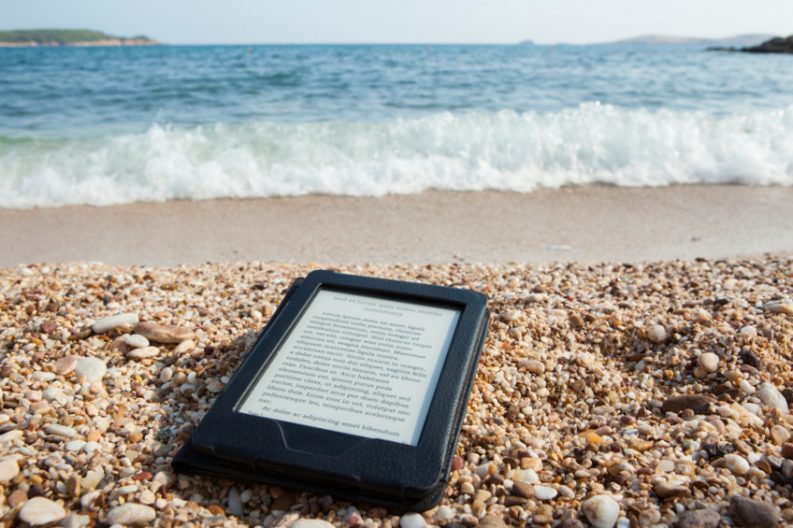 After the arrival in Mexico of Amazon and Apple, ebook sales growth has slowed and some wonder what all the fuss was about, according to editors, publishers and entrepreneurs. We’ve heard this week from Germany of ebook sales volume there rising while revenue fell. Today, Adam Critchley looks at the position of ebooks in Mexico. And as in observations from so many markets, there are mixed voices here. In the US, for example, the latest Author Earnings report sees the Big Five’s decline in ebook unit sales leveling off and the majors’ ebook prices decreasing. In Mexico, we find Penguin Random House’s Andrés Ramírez talking of growth…in ebook nonfiction. — Porter Anderson

A Question of ‘Forming the Habit of Reading’ In an ongoing push to promote ebooks in Mexico, the third annual Ink International Digital Novel Prize launched its call for submissions this month. The program is organized by Mexican digital publisher Editorial Ink and the Autonomous Metropolitan University (UAM).

The jury includes Mexican writers Ana Clavel and Raúl Avilés Fabila, and Daniel Ferreira of Colombia. The winner sees his or her work published as an ebook and takes home a $2,600 purse. The closing date for submissions is August 29.

Launched at the Guadalajara International Book Fair (FIL) in 2013, Editorial Ink is Mexico’s first purely digital publisher and has since expanded its operations into digitizing content for external clients. Those clients include private and public publishers and universities, such as the Center for Economics Research and Teaching (CIDE) and the Colegio de México.

That side of the business allows Mexican academic works to be accessible in other countries, Editorial Ink’s director Diego Echeverría tells Publishing Perspectives.

Editorial Ink’s catalog comprises some 200 titles by 120 authors, available to readers through the Apple iBookstore, Amazon, Barnes & Noble, Google Play and Kobo, which last year launched Orbile in Mexico, an ebook platform in collaboration with local bookstores Gandhi and Porrúa. Gandhi launched its own-brand e-reader, the Enos, in 2011.

‘The Future Pillar of Knowledge’

Echeverría predicts that the ebook market share will grow as technology becomes more accessible and people warm to the format.

“The ebook is the future pillar of knowledge,” he says, “without being detrimental to printed books, as it provides access to a monumental archive and is an excellent tool in schools, libraries and for researchers as a treasure trove of the classics.”

The winner of the first edition of the digital novel prize, Carlos González Muñoz, said during this year’s call for submissions: “It doesn’t matter what the format is. We need to let go of the object and allow books to be supported in any format as new technology allows us to create new forms.”

“To speak of the ebook and the printed book as its ancestor is a lazy debate because both formats co-exist,” says jury member Avilés Fabila. “The important thing is to treat the book as a cultural vehicle and repository of the history of humanity.”

Editorial director Ana Lilia Cepeda says that Editorial Ink has been recognized by Apple as the only Spanish-language digital publisher offering cutting-edge technology and quality in its interactive editions, using software developed by Mexicans. Between 2011 and 2013, Mexico’s arts and culture council (Conaculta) organized an annual ebook symposium, inviting international writers, publishers and entrepreneurs to discuss the format. But since the last edition of the event, interest appears to have waned.

“Between 2013 and 2014 sales of ebooks doubled in Mexico,” Anaya says, “totaling 43.7 million pesos [US$2.3 million] during the latter year, of which 55 percent were translated books or recent publications, while technical and scientific subjects account for 60 percent of ebooks sold in Mexico.” He says that preliminary figures for 2015 point to similar sales.

Anaya identifies three reasons why ebooks sales in Mexico are not growing:

“Although still below 2 percent of our revenues, because of the disparity in access to technology, some titles have been surprisingly successful as ebooks.”Andrés Ramírez, Penguin Random House Mexico

But he points to the lack of a culture of reading in Mexico as the biggest obstacle: “It doesn’t matter what devices are made available, or on which device people read,” he says. “It’s a problem of habit. There is a huge marketing strategy on behalf of tech firms to sell devices [that] can be used for many other activities as well as reading, but there’s no strategy to foment reading.

“And while smartphone penetration is increasing,” Anaya says, “we also have no idea what people are using those devices for, although we can bet they’re not using them to read books.

“It’s not a question of making more devices available, but one of forming the habit of reading from primary school onward, and opening more bookshops and libraries.”

If it promoted reading from an early age, Anaya says, Mexico could become a big ebook market. “But I honestly can’t see the consumption of ebooks growing over the next five years.”

He adds that Mexican publishers are also wary of digital content, given the propensity of piracy of printed books in the country.

Smartphones: ‘People Don’t Use Them To Read On’ “We thought there would be a super boom for ebooks at the beginning,” Rufrancos tells Publishing Perspectives, “and there was very strong growth in Mexico in 2013. But it has since slowed, following the same trend in other countries.”

Spain has 21-percent VAT imposed on ebooks compared to 4 percent on print, she points out, while Mexico’s ebooks are tax-free. But mistrust of digital content persists in Mexico. The culture will overcome its reticence, she says, over time, as has happened with e-commerce and online retail in the country. But e-readers, she says, remain expensive and out of reach of many consumers.

“And there is greater smartphone penetration, but people don’t use them to read on.”

Rufrancos says the biggest ebook market in Mexico is among older adults—something echoed by Kobo’s Michael Tamblyn, who refers to his “silver foxes” and the leadership in ebook adoption being in older age groups. One advantage of e-readers is the ability to increase the font size for more comfortably read text, of course.

Planeta now publishes all its titles digitally, for the mobility and internationalization that the format offers.

“In Mexico the ebook market is growing, and we’re starting to see results,” according to Andrés Ramírez, literary director at Penguin Random House in Mexico.

“Although still below 2 percent of our revenues, because of the disparity in access to technology” he says, “some titles have been surprisingly successful as ebooks.”

This surprises some, given the potential for sales of individual short stories, for example, allowing readers to sample a writer before taking the plunge and buying a complete collection or an anthology, akin to buying singles rather than an album.

“Maybe we were too far ahead with that,” Ramírez says. “When we launched Flash, ebook penetration was still minimal. Perhaps if we were to launch the format now and promote short fiction, it would take off.

“Perhaps we were too audacious.”