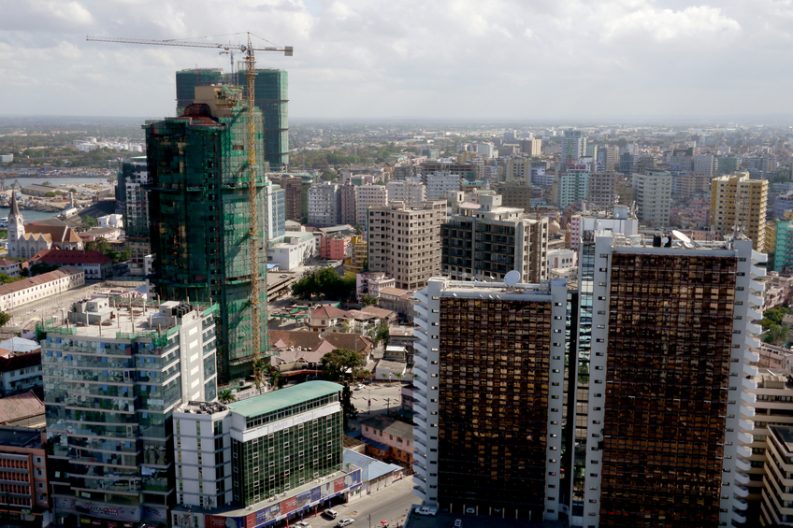 Amid reports of serious campus infrastructure challenges, the University of Dar es Salaam is getting a major new library facility with funding and building support from China. Funding and Construction Assistance from China

Writing for the Tanzania Daily News at AllAfrica.com, Sylivester Domasa reports that the University of Dar es Salaam (UDSM) is “undergoing mega-infrastructural transformations that include construction of [a] state-of-the-art modern library to accommodate more than 800,000 books to be more globally competitive.”

The building, designed to double as a public library and resource center, is to host up to 6,000 people, along with a conference room for up to 2,100 and a Confucius Institute center accommodating up to 500.

The Confucius Institute programs, found in many parts of the world and frequently in university settings, are centers of Chinese language training and cultural promotion, compared by some to Spain’s Instituto Cervantes and Germany’s Goethe-Institut.

The project in Tanzania is being financed, in fact, by China with a grant of some US$40 million.

The ground-breaking program for the project was attended by University Chancellor and former President Jakaya Kikwets, The current President, John Magufuli, said that the university is intent on maintaining a reputation as a leading institution of higher learning.

“I understand all the challenges and problems faced by both students and the university,” Magufuli said at the cornerstone ceremony. “I have been here and you voted me to become your president so I can address these challenges.” The seal of the University of Dar es Salaam

While the university is the country’s oldest, with some 20,000 students, the 1960s-era campus, Domaza writes, has serious challenges in its infrastructure: “Water and sewerage systems do not work…any longer,” he writes, “while roads and dormitories are in pathetic condition.”

Even so, Professor Joyce Ndalichako, Minister for Education, Science, Technology and Vocational Training, has emphasized the commitment of the Tanzanian government to “support the construction of the library,” calling it a “top priority.”

Professor Rwekaza Mukandala, the university’s Vice-Chancellor, has said that while nearly 600 of the university’s lecturers need additional government support to help with their research, building the library will “help improve academic quality” at the school.

China’s Ambassador to Tanzania, Dr. Lu Youquing, reiterated his country’s continuing support for Tanzania at the ceremony, referring to the two countries’ relations of more than 50 years.

He announced that a Chinese firm, Jiansi Jiangdu Constructon Group Ltd., will work along with “the government and the university administration” to insure that the project is completed on time.