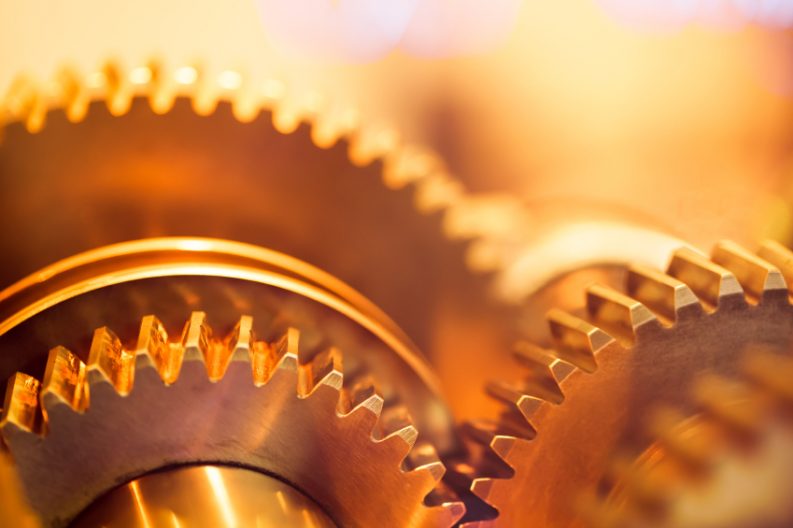 In a moment of mutual ‘flattery,’ two leaders in direct-to-consumer promotion take up each other’s tools to increase their effectiveness in the gold standard: discoverability. Direct to the Coveted Consumer

If imitation is the sincerest form of flattery, then BookBub is the latest to flatter another major promoter of books—and to be flattered by it.

Cambridge, Massachusetts-based BookBub and San Francisco-based Goodreads have basically taken leaves from each other’s playbooks in recent weeks, creating a new density of options in the direct-to-consumer discoverability arena.

Publishers and authors, as a result, are being offered more chances to make direct appeals to readers than before, and in a widening international context. Some 50 percent of Goodreads’ members are outside the United States. And BookBub has just opened its fourth non-American territory, Australia.

Amazon-owned Goodreads, now with 50 million users—comparable to the population size of South Korea—is the largest platform for readers and book recommendations. For years, it has offered advertising on its site, with targeting capabilities of genre, reader location, gender, and age. Advertisers get feedback as to “views, clicks, and the number of Goodreads members who add your book” to their virtual shelves.

Having recently added ebook giveaway contests to its capabilities (previously these were limited to print copies), the company last month announced Goodreads Deals. Still in beta, the deals program is being tested by publishers: the staff selects deals “nominated” by publishers in categories currently comprising bestsellers, romance, mystery and thriller, and science-fiction and fantasy. For now limited to the US market, the Goodreads program will notify readers of a deal on a book by email if those readers are following the pertinent author, or have added the pertinent book to their Want to Read shelves or have opted to get deal-alert emails in the pertinent book’s genre.

This is the concept long capitalized on by BookBub, of course, which has a database of some 8 million reader-consumers. Frequently called by authors and publishers “the one that works” in terms of sales when it comes to its BookBub Featured Deals program, the staff selects deals submitted to it and gets those deals in front of consumers who have agreed to receive daily deals emails.

But now, BookBub is offering advertising in those emails without the constraints of the Featured Deals program, not unlike what Goodreads has done so successfully. BookBub Ads can be targeted by author, retailer, location, interests, at any price point. Advertisers bid the CPM (cost per thousand impressions) they’re willing to spend, and the ads appear in the same emails that Featured Deals are in, but in a separate section so that they’re not confused with the curated deals. In effect, this opens the BookBub direct-email system to anyone willing to pay at any time, without the requirement of being chosen for a Featured Deals promotion.

And while it’s impossible not to notice that these two new offerings have arrived in a very short timeframe—BookBub’s Goodreads-like ads and Goodreads’ BookBub-like deals—the point is less about competition or “copying” each other than it is about the perceived efficacy of that important trend in publishing’s search for new readership and sales: direct-to-consumer.

This spring, several publishing conference speakers in different countries have mentioned a popular meme that goes like this: “Ninety percent of all information has been created in the last two years.”

Still, the concept has its use as a cautionary reminder that in just about any medium you can name, our entertainment industries are stuck in furious overproduction, churning out more television, more film, more music, more games, more books than anyone can even comprehend, let alone consume.

As Michael Bhaskar’s new book releasing in the UK Thursday (June 2) will argue, the key is Curation. (The book does not as yet have a US publisher, Bhaskar says.)

And if BookBub and Goodreads look like two trains passing each other in opposite directions, make no mistake, they have the same destination. Both companies are, in a sense, trading tracks to provide more ways for the industry to get right into the faces of potential readers with specific books, in as tightly targeted a mode as possible.

If anything, an obvious difference between Goodreads and BookBub is that Goodreads is site-based, BookBub is email-based. Goodreads’ platform is the central hive of countless interactions. The company reports that 1.5 billion (yes, billion) books have been added to those “shelves” in cyberspace, and this spring Goodreads passed the 50-million mark on reader reviews. Quantcast, at this writing, ranks Goodreads as No. 57 in traffic among US-based sites

“Every month,” says Suzanne Skyvara, Vice President for Communications, “Goodreads users add 15 million books to their Want to Read shelves.” Its ads program, she says, also offers email options as does BookBub’s, in Goodreads’ digital newsletters and in “Personal Selection” emails targetable by country and author. Using print and/or ebook giveaway contests, says Patrick Brown, Goodreads Director of Author Marketing, you “build up some reviews” and prompt users to “put the book on their Want to Read shelves.” The Goodreads Deals email then becomes a way to flag a promotion to consumers whose interest was piqued during a giveaway. The ads and deals emails, he says, “end up fueling each other in a really good way” at Goodreads.

“There’s a social element” to the giveaway at Goodreads, whether it’s a print or ebook contest. “Whenever somebody enters a giveaway, it creates a news-feed story” in Goodreads ” for anybody who follows your feed. That creates a bunch of extra impressions and awareness of your book. If you get 500, 600, 1,000 people to enter  your giveaway, that creates a lot of impressions about your book that people are seeing.” In BookBub’s approach, says Director of Business Development Katie Donelan, using “comp authors”—well-known writers whose work is comparable to a new book you’d like to feature in an ad—can be an effective way of targeting an interested, receptive sector of the user base.

Donelan also points out that this is hardly a story of BookBub and Goodreads alone. “As we grow,” she says, “I think of our core product, the price-promotion product, as a very successful version of one type of discovery tool. I think we’ve done a really good job of making it effective.

“But as think about the future of BookBub, we think there’s so much opportunity to build more tools now in the discovery space for our partners. The ads are one of them.

“We’ve zoned in on discovery in the publishing realm as something we really want to focus on. So any service out there also focused on discovery is someone with whom we’re in a similar space and working on similar things.

“The fact that Goodreads has gone in this direction” of introducing Goodreads Deals, she says, is indicative of the popularity of the deals-email bid for reader-consumer attention. “So many publishers have launched deals on their own. I think this has been proven as a successful discovery tool.”

In its fourth year, Donelan says, BookBub has seen interesting elements of its database coming to light. For example, crime fiction, not romance, leads that massive email list, with more than 3.6 million subscribers flagging that category as a key interest. You have to hop through historical mysteries, cozies, biographies and memoir, historical fiction, thrillers and even cooking categories before you arrive at the first instance of a romance category on the list: contemporary romance is cited by some 2.3 million database members as a key interest.

A quick look at the BookBub Partners pricing page will make literary fiction readers feel better about things: At 1.6 million fans, their fave category ranks in the BookBub universe above a lot of genres often thought more popular, such as paranormal romance, true crime, teen and young adult, and horror.

As well known as Goodreads is in so many parts of the world, it may be news to some that BookBub has just launched in Australia and now has international editions there as well as in the UK, Canada, and India, as well as the US.

“And you can target ads,” Donelan says, “by geography.” Filtering allows a publisher or author to target BookBub readers in any one of these countries where, for instance, recent rights deals might make it smart to focus.

The scale in one of BookBub’s offers aimed at some of these markets will be smaller, Donelan says, because these are relatively newly added territories to the system. On the other hand, many UK self-publishing authors work hard to reach the big American audience, and BookBub’s ability to get to target a US-only crowd could be helpful.

Indian BookBub readers, Donelan says, are very price-conscious, and so a targeted blast for a deal or a cut rate can find a welcome response.

In Australia, she says, where book prices are comparatively high, “they’re some of the most engaged readers we have in any region. They’re buying at very high purchase rates, potentially because they’re used to seeing such high prices.”

Meanwhile, at Goodreads, Brown stresses the selectivity of the newly added Goodreads Deals process, the effectiveness of which, after all, depends on how consistently members are offered deals that make sense to them.

“It’s not the kind of thing an author or publisher can get into every time,” he says. “It has to be chosen” from those submitted for consideration. “It’s curated by a team.”

Looking at deals, and combined with the introduction of Goodreads’ giveaways for ebooks, Brown says, “I feel like we’ve just introduced two really powerful tools that we didn’t have before. And the opportunities these things create will be really huge.”

And for her part, Donelan says she’s happy to have the compliment, intended or no, of Goodreads Deals coming into the picture.