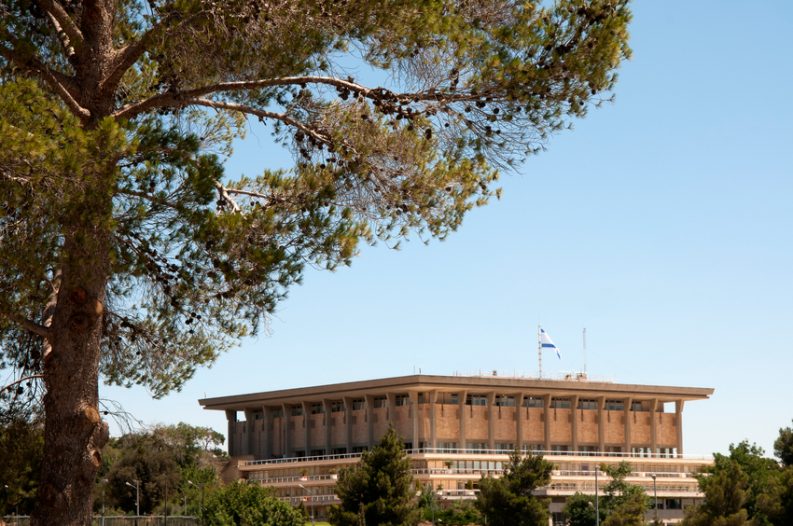 The ‘Law for the Protection of Literature and Writers’ had addressed discounts in the first 18 months of a book’s release, as well as author royalty rates. Contrasting Views of the Regulation

Three years after the Knesset’s passage of Israel’s “Law for the Protection of Literature and Writers,” known popularly as the “Book Law,” Israel National News’ David Rosenberg reports that the Knesset has repealed the legislation, “removing restriction on book sellers in force since 2014.”

The law had passed with a trial period and was set to automatically expire in February of 2017 unless it was repealed. It will remain in force until the end of August.

“Intended to help struggling authors, the bill was heavily criticized for its prohibition against discounts on new titles. Under the law, prices for new books were fixed for the first 18 months after publication [with the exception of Hebrew Book Week], after which book stores were free to offer discounts.

“The law also prohibited publishers or dealers from promoting particular books or displaying publications from certain publishers more prominently within the store.

“The Book Law also set a floor for royalties to be paid to Israeli authors.” “The costs of publishing a book are a given,” Kandel said.

“Writing a book, translating it, proofreading it, designing the book cover—this involves costs that cannot be made up for.

“In fact the competition was so fierce that it became destructive. Publishers used to get a mere 15 shekels [US$3.90] for each book sold—a sum that had to cover their expenses along the entire production chain.

“And the authors, in turn, received an absurdly meager fee of 1 shekel [US$0.26] per sold book. The publishers had no choice but to accept the conditions dictated by the retail chains that dominated the market, or else their books would have been pushed out of sight.”

Consequently, writes Canetti, small publishing houses had no choice but to close shop or merge. “If the law is repealed, we will witness the same crash all over again and in a few years we will have two or three large publishing houses, two bookstore chains, and that’s about as diverse as the Israeli literature market is going to get,” Kandel warned.”

But the Israel National News’ Rosenberg reports that the law resulted in a large increase in the price of new titles along with a subsequent decline in sales. Publishers say that while book sales overall fell by 20 percent, sales of “newly published books–which fell under the law’s restriction on discounts–declined by as much as 60 percent.” The decline in sales, along with continuing criticism of the law, led the country’s new Culture Minister, Miri Regev, Rosenberg writes, to “endorse a bill by MK Yoav Lish (Likud) repealing the law and restoring market forces to bookstores.”

Some opposed the repeal, “suggesting the law had benefited small bookstores and publishing houses.”

Rosenberg writes that an editorial published in the daily Haaretz “attacked the repeal, noting that a majority of committee members tasked with assessing the law’s future supported extending it past the initial three-year trial period.”

The Haaretz editorial, in part, reads:

“Shortly after taking office as culture minister, Regev announced that she intended to repeal the law and appointed a committee to examine how the book market had fared under the law. Now, even though six of the committee’s seven members supported continuing the law and even expanding it to deal with issues not addressed in the original version, Regev has decided to ignore its recommendations and is rushing to repeal the law.

“The committee’s conclusions relied on data presented to them which showed that both the book industry and readers’ purchasing habits had bounced back since the law took effect. Small bookstores and alternative purchasing channels had been strengthened, additional small publishing houses had opened thanks to the improved market conditions, and a more reasonable balance had been achieved between the publishers and the monopolistic bookstore chains.”

“Minister Regev convened a committee on the subject but it appears their conclusions did not suit her position, so she tried to hide the committee’s conclusions, and only after a serious struggle did we succeed in getting the hidden report. Then we understood why she tried to hide the report: because according to the data apparently book sales surged after the law’s passage. It seems the market has stabilized, and a large chain that was on the edge of bankruptcy has come back to life and small book stores have stabilized.”