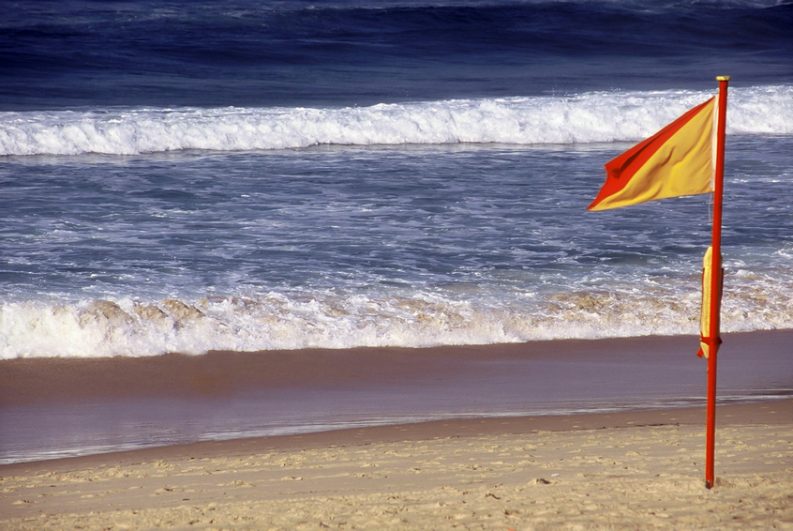 With a federal election looming on July 2, the Australian creative industries, including publishing, are roiled by the Productivity Commission’s draft report on intellectual property, with copyright terms, fair use, and parallel import restrictions in debate. When we last looked in on the controversy in Australia around that country’s Productivity Commission draft report on intellectual property rights, a public commentary period was playing out. That period ended on June 3, and a final report is to be given to the Australian government in August. Shortly after that, we should see a published edition of the final report.

At the time of our article in late May, authors at the Australian Book Industry Awards had spoken out forcefully against elements of the report that referenced weakening copyright protection in the country. Federal Arts Minister Mitch Fifield had issued a statement meant to calm fears, saying that changing copyright law “is not something the government has considered, proposed or intends to do”—this, despite the Productivity Commission’s report reading: “Copyright is cast too widely and lasts too long…Australia should adopt a ‘fair use’ exception for copyright.”

As Copyright Clearance Center’s (CCC) Michael Healy repeated last week (June 13) in Publishing Perspectives’ Rights and Content in the Digital Age conference, the world publishing industry is concerned that the Productivity Commission’s draft report does indeed suggest to the government that Australia’s copyright terms be adjusted. The fact of these elements’ presence in the draft report is represented in this infographic from the Productivity Commission report itself, titled “Copy(NOT)Right.”

As referenced our interview with CCC’s Roy Kaufman and in our interview with Healy—and reiterated by Healy at the rights conference—many observers are warning that Canada’s adoption of exceptions to copyright regulations for educational purposes has reduced licensing revenue there from several million dollars a year to “almost zero,” in Healy’s words.

The fundamental bone of contention arises in the Productivity Commission’s overview material that reads, “Australia’s IP (intellectual property) system is out of kilter, favoring rights-holders over users and does not align with how people use IP in the modern era.” Most proponents of copyright will be quick to point out that rights-holders are, yes, precisely the parties that should be favored by copyright protections.

The situation seems unsettled, then, and confused. Certainly, the final report going to Canberra from the Productivity Commission won’t be known until August.

What’s more, in-country, all this is playing out against a broader background of protest by many members of Australia’s creative community to some AUS$300 million in federal funding cuts to the arts. A National Day of Action was called on Friday (June 17) by a collective of artists and arts workers who call themselves The Protagonists.

And as if that weren’t enough, there’s a federal election on July 2, to determine all 226 members of the 45th Parliament.

We asked Andrea Hanke, Editor-in-Chief of the Australian book industry trade publication Books+Publishing if she’d let us run some questions by her. Here’s our Q&A with her.

You’ll notice that she, like some others, is playing down the copyright component of the Productivity Commission’s draft proposal, an interesting element of the current discussion and one that seems hard to understand when the commission’s draft report so directly does look at copyright change. You’ll find that her Books+Publishing report on a June 8 debate event in Melbourne touched on copyright issues:

“On the subject of copyright reform, Fifield reaffirmed the government’s intention to remove parallel importation restrictions (PIRs) but said it did not have a specific timeframe for their removal. ‘We want to consult with the sector on transitional arrangements,’ said Fifield.

Shadow Arts Minister Mark “Dreyfus, after noting that Labor legislated for PIRs in 1990 and rejected an attempt by the Productivity Commission to repeal PIRs in 2009, said: ‘We will treat with tremendous caution any suggestion that the current regime which has created a flourishing Australian publishing industry … should be abolished.’”

And you’ll read Hanke speak to us below about those “PIRs”—parallel import restrictions—which she sees as a more significant part of the discussion than fears of copyright duration changes and exceptions.

If you’re unfamiliar with the parallel import restrictions, here’s a quick explainer: “Parallel importation restrictions (PIRs) are part of [Australia’s] Copyright Act and prohibit importing by booksellers for resale where an Australian publisher…has acquired exclusive rights and publishes the title within 30 days of original overseas publication. The bookseller can import an overseas edition from then on, but only if the book is unavailable from the local publisher for longer than 90 days.”

Publishing Perspectives: Andrea, as we understand it, the comment period on the Productivity Commission’s draft report ended on June 3 and some sort of formalized report goes to the government in August. Is that your understanding of the timing?

Andrea Hanke: Yes. There will also be public hearings before the report goes to government.

PP: As we get it from our own piece and from your article of June 6, there’s a good deal of skepticism about the effort now being voiced in various parts of the government. Is that your sense, too, that the outcry has done its work and that the concept of making changes to the copyright situation is running into a lot of pushback? AH: The government remains firm in its commitment to repeal parallel importation restrictions (PIRs) but the Arts Minister Mitch Fifield recently said they don’t have a specific timeframe for their removal and want to consult with the industry on “transitional arrangements.”

The Labor party, which is in opposition (and you’re probably aware that we’ve got an election coming up in July), has indicated that they’re unlikely to repeal PIRs.

As well as recommending the repeal of PIRs, the Productivity Commission also recommended our copyright laws be amended to replace the current ‘fair dealing’ exception with a broad US-style ‘fair use’ exception, and expressed support for the reduction of an author’s copyright to 15-25 years from creation.

The latter point has caused some confusion.

It was never an official recommendation, and indeed the draft report noted that Australia has no unilateral capacity to change copyright terms as it is a signatory to trade agreements that require the life of copyright be 70 years after the death of the author.

However, as you know, a number of prominent authors raised the possibility of the government reducing the term of copyright, leading the government to issue a statement clarifying their stance.

PP: Can you give us some sense for how this developed in the first place?

AH: Generally speaking, our current government has a free-market agenda and believes that territorial restrictions are a barrier to lower prices. They believe that by repealing PIRs, book prices will come down and consumers will benefit from this.

It’s worth noting thatIn 2009, the then-Labor government asked the Productivity Commission (an independent agency) to report on PIRs. The commission recommended their repeal but the government ultimately decided to retain them.

PP: What’s the high view here? Overall, in terms of how book publishing is going in Australia, is all this indicative of a major problem in how the industry can expect to function in the future? What do you see as the endgame here?

AH: I think the Australian book industry has put forward some very strong arguments for why we should keep the status quo, with examples of how Australian book prices have come down in the past six years and how an open market has hurt the New Zealand publishing industry. There’s a good overview here from a presentation delivered by Hachette joint-Managing Director Louise Sherwin-Stark at the Australian Booksellers Association conference last month.

It’s also interesting that the Australian Booksellers Association is supporting other book industry groups to campaign against the repeal of PIRs. Clearly they think PIRs are important to protect the Australian market and the production of local content.

I should note that not all booksellers support the campaign. The book chain Dymocks, for example, is still in favor of an open market.

That said, it does sound like the government is holding firm on its commitment—so who knows what will happen?