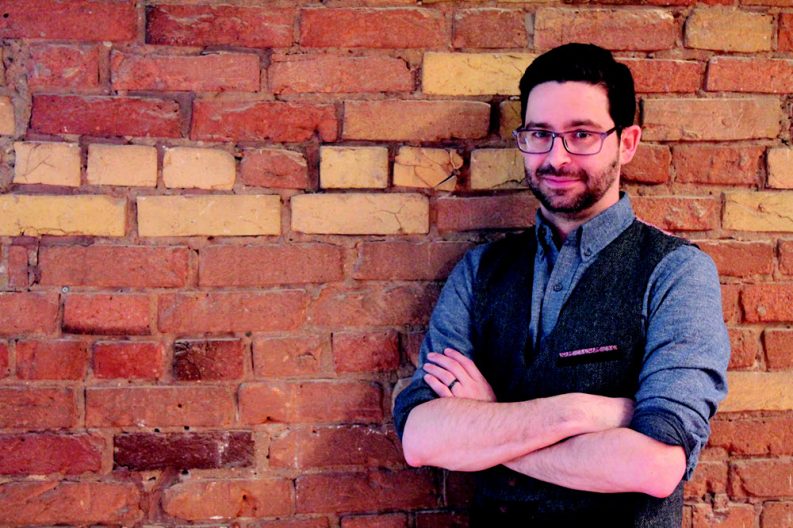 Dealing in what he calls the ‘atomic unit’ that even BookExpo America is built on — story — Wattpad Studios’ Levitz is ready to ‘give Hollywood the best focus group it never had.’ A BEA programming note: Wattpad content chief Ashleigh Gardner appears today (Tuesday, May 10) as part of the IDPF DigiCon conference program on the eve of BookExpo America in Chicago. She’ll share the bill with panelists Alice Huang and James Bryant of Trajectory; Nathan Maharaj of Kobo; Xiangjun Cheng of iReader; Ian Small of Audiobooks.com; and Jeff Jankowski of Hoopla. The group will address “Digital Discovery at Diverse e-Tailers at 1:30 p.m. CT / 18:30 GMT in the conference’s business and marketing track.

‘For Our Biggest and Brightest Writers’

In case you haven’t looked recently, Wattpad’s numbers have gone up again: the monthly audience figure is at 45 million users. That’s a near the population size of Spain.

Over the years, as many people who were baffled by this social-writing-network said it was making no money, it was, in fact, building revenue streams in a widening array of synergistic arrangements between commercial entertainment advertisers and the popular writers of the platform.

Established authors, of course, have seen value in experimenting with Wattpad, notably Margaret Atwood. More recently, news from The Bookseller’s Charlotte Eyre in London is that British children’s author Jeff Norton has launched a novel, Star Pressed, on Wattpad “rather than going down the traditional publishing route.” Norton, Eyre writes, had more than 340,000 reads on Wattpad of an earlier work, Metawars: Fight For the Future, also published by Hachette.

Several branding points have been coming into play as these developments arrived.

There’s Wattpad Stars, the favored-writers coterie shepherded by Gardner and her team toward success with product-placement gigs and other paying accounts. There’s also Wattpad Presents, the production arm for television shows, now working with TV5 in Manila.

Then there’s also Wattpad Words, which publishers use to connect their books with the Wattapadly congregation.

And there’s Wattpad Insights, an analytics service that can suss out trends and issues in the Wattpad universe helpful to commercial executives who want to reach this mostly-millennial nation. Bringing those various elements together, Wattpad Studios, according to its formal announcement, “connects entertainment and publishing executives with Wattpad stories and creators. Using a combination of data and community insights, Wattpad can help media executives hone in on stories that have the greatest chance of commercial success from the roughly 250 million uploads shared on the platform.”

With his background at Research in Motion (remember Blackberry?), Kobo, and Xtreme Labs, Aron Levitz, the newly announced lead on the Wattpad Studios consolidation seems especially well-suited to leverage Wattpad’s sky-high mobile penetration. Somewhere on a smartphone near you, there’s a Wattpad app right now. And Levitz says he’s ready to find out just how far this new powerhouse of fan-driven creativity can go.

And Levitz is hardly new to the company. He was part of the development of the Wattpad Brand Stories strategy of monetization and the accompanying Stars designation that nurtures the most influential and brand-friendly of the writers on the platform. Today, he speaks of the “atomic unit” of stories as the bedrock of Wattpad’s potential in a deepening entertainment scenario.

Some folks in book publishing have trouble grasping the community-focus and fan-interactive energies of the platform. But you’ll notice that in our chat with Levitz you’re hearing something not unlike the careful way trade publishers today talk of doing so much “for our authors.”

The Wattpad writers are the very essential element — the bringers of that “atomic unit” on which this platform is based. Getting it right for those lead writers, the ones who can marshal vast legions of readers on the site, seems to be always on the minds of Allen Lau’s team members in Toronto.

Publishing Perspectives: This ‘arrival’ of Wattpad Studios is a coming together of the strands that have been building for years, right?

Aron Levitz: Yeah, it’s great that you’ve seen that — it’s not like we have to flip a switch and figure all this out. All the different pieces of Studios works. They’ve happened in part or in whole. We have a lot of cool announcements coming within weeks, too. The announcement is really about saying, ‘This is a focus for the company now, this is one of the things that’s going to bring us from where we are into the future.”

PP: How aware will the Wattpad Stars, the writers involved in so many of these projects, of this new Wattpad Studios development? AL: What this announcement means to the Stars is more opportunity. And that’s why the Stars were created, for our biggest and brightest writers. And that means a lot of things. It might mean people with a lot of reads and a lot of followers. It means people with a lot of voices in a lot of genres. It means someone who has the right voice that a brand wants to work with. We want those writers to have more and more opportunity as Wattpad is redefining ways that they can have a part in different industries.

More than two years ago? There was no scale of a brand paying for fiction to be written. Now we’ve written hundreds of stories for brands around the world and at scale. That’s part of what Wattpad Studios means to our writers. We’re going to start bringing more of Hollywood to them, more of the publishing industry to them — chances not available to online writers maybe even a week ago…

Our Wattpad Stars come from all over the world I want more in Hollywood, I want more in Istanbul, I want more in Manila. Because we have writers from all over the world, that becomes one of the defining opportunities this gives us. We’re not taking content created in Spain and telling somebody in Colombia that they should like it. I have Colombian writers writing in Colombia for Colombians. I have Filipino writers writing for people in The Phlippines. I have Turkish writers writing for people in Turkey. This lets us capture socio-political situations, economic situations, cultural and pop-cultural situations in those countries because the writers are writing in those countries.

Wattpad and the ‘Atomic Unit’ of Entertainment

AL: You’re striking on something that differentiates us from a lot of other social networks that have said, “Hey, we’re going in the entertainment direction.” If  you look at an image-based network or a video-based network, you’re looking at a different part of the industry. Maybe  you find your next director because they have a great eye for something.

But what we’re doing is working in the atomic unit of the entertainment and publishing space, which is stories. This is what makes the talent of directors and actors have some place to exist.

And our atomic unit isn’t just a great story, it’s also built-in data, built-in insights. We already know hundreds of thousands, millions of people like this story. So if you’re a publisher or sitting in a studio, we can help reduce that risk and guesswork out because we’re working on the atomic story.

PP: And you can provide that producer or publisher with an audience because you know what the Wattpad response is to the content.

AL: The audience is there, but we can also look at the data, the insights we can get from the story for them. We can start looking at the most popular paragraph in a story from the number of comments on a story. ‘Why is this paragraph important? Are they mad at this paragraph? Are they happy with it? Is it a decisive moment? Is it just a bunch of people cheering? That’s invaluable information that they’ve never had before. You can go to any major author in the world and say, ‘Talk to everyone who read your last book.’ They can’t do that. Anna Todd can do that, right now. We then bring that feedback in, while you’re in the development process.

And on the other side of it, once it’s produced, we’re going to be a marketing partner for it. We can put our ‘Brand Stories’ capability to work for these projects. So we’re making sure that not only the Wattpad audience but also the right writers’ audiences know this [project] is coming to a screen near you, a book near you, a mobile phone near you, to maximize engagement.

‘Ways To De-Risk and Take the Guesswork Out’

PP: Is Hollywood ready for this?

AL: I think it’s something resonating a whole lot right now. The ability to understand audiences, fandoms, the amazing love happening between audience and creators these days…It’s because there’s a shift of who’s playing in the markets these days, right? [Everyone] is looking for ways to de-risk and take the guesswork out of what you’re creating. They may not have known [the kind of input this up-front feedback can provide] before we talked to them about it, but you’re going to see a lot of nodding heads afterward.

PP: Book publishers rarely even do focus groups. Hollywood is a little better about that. But what you’re talking about is radically different. I’m intrigued to see who picks up on this and who says, “We don’t need those millennial kids telling us how to write a script.”

AL: I think you’re right, there’s a traditional part of the industry, but the way we work lets us work with all parts of these industries. Which means we can really create a diversified portfolio of media work…We might have a pilot script. We can novelize that with one of our Stars, put that into our network and get 3,000 people to read it — and give you the best focus group Hollywood never had.