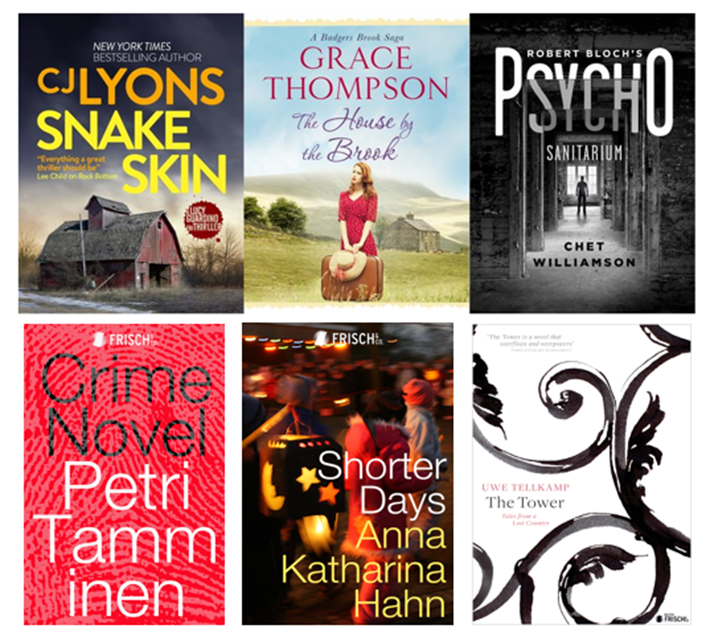 ‘We admired what EJ Van Lanen had built, the translation market is getting stronger’: Michael Bhaskar on taking Canelo’s first imprint onboard. Looking at the news that Berlin-based digital publisher Frisch & Co. becomes an imprint of London-based Canelo, Publishing Perspectives wanted to know a bit more about what sounds like a win-win deal.

Nicely tying into some of Bhaskar’s thoughts on curation as the launch of his new book on the topic approaches, to a publisher dedicated to finding and promoting exciting fiction for release as e-books, apps, and on the web.

Founded in 2012 by American publisher EJ Van Lanen and based in Berlin, Frisch & Co. focuses on contemporary literature in translation, and to date has published 13 books. Canelo will take over the company’s existing titles while bringing new ones to market.

Among the works signed to date are Petri Tamminen’s Crime Novel, A Tabbycat’s Tale by Han Dong, Family Heirlooms by Zulmira Ribeiro Tavares, as well as the forthcoming post-apocalyptic novel, Everything There Was by Hanna Bervoets.

Frisch & Co. has worked closely on these and other titles with some of the world’s leading publishers, including Suhrkamp Verlag, Companhia das Letras, Atlas Contact, and Editorial Anagrama. “It’s incredibly gratifying to become part of the Canelo family.

“Joining Canelo’s impressive list, and benefitting from their experienced and expert team, presents all kinds of exciting opportunities for our author and translators.

For ebooks, the future is now, and Canelo is at the vanguard of the market, developing exciting new ways of introducing books to readers and building new audiences. It’s really the perfect home for Frisch & Co.”

And catching up with Bhaskar for more detail, we learn:

“We’ve been discussing for a while and now seemed the right time for both Frisch & Co and Canelo. I’ve known EJ for a few years and have always been hugely impressed, and it seemed an excellent fit.

“We admired what EJ had built, the translation market is getting stronger, we are growing strongly and so it all fell in to place as the right thing for all concerned.

“In terms of output I think we will be taking things slowly for now. Frisch & Co is very much a carefully built and boutique list and we wouldn’t want to change that ethos. So the immediate focus will be on building sales and wrapping up publishing.”

We’ve asked Bhaskar if there are plans to take English-language work into other languages as part of this new partnership.

Bhaskar says, “It’s certainly not in any immediate plans but on a personal level it would be brilliant to one day publish like that. But it won’t be happening overnight!”