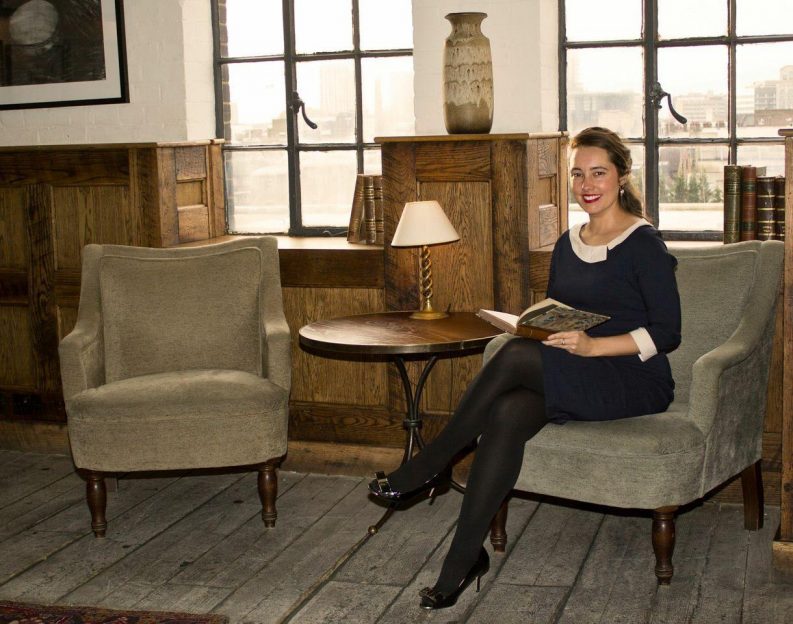 Taking her literary consultancy services to Los Angeles, Philippa Donovan joins the Rights and Content conference speakers’ roster, impressed with the ‘intensity to the creativity in this town.’ The UK industry has a number of “literary consultancies,” combining script-preparation services in a formalized offering. One of the best-known in England is named The Literary Consultancy, logically enough, and others include the Oxford Literary Consultancy, Daniel Goldsmith Associates, and Cornerstones. Some offer direct recommendations to agencies. We’re pleased to have London transplant Philippa Donovan joining us for our Rights and Content Conference on June 13. Donovan has moved her consultancy to California and her Smart Quill Boutique page is where publishers, agents, and producers can sign up for manuscripts. — Porter Anderson As the publishing landscape changes, opening up new markets, new media, and new connections with readers, so too do the roles of those working in the industry. These changes also expose opportunities for mavericks looking for growth in new areas and chances to charge out on their own.

Entrepreneur Philippa Donovan is founder of Smart Quill Editorial and one of 2014’s The Bookseller Rising Stars. In that year’s announcement, Tom Tivnan wrote of her, “Donovan is one of the new breed of Rising Stars who, seeing a changing book trade landscape, are carving out careers in areas of the business that heretofore have not existed.”

Combining experience as an editor, literary agent, and scout, Donovan founded Smart Quill Editorial in 2011. Donovan says her approach fills the gaps between publisher, agent, and author by providing everything from editorial services to literary-agent connections. With her move to Los Angeles, she has added introductions to film and television production companies looking for new projects.

Since founding Smart Quill, Donovan says she has worked with some 350 authors, and she makes recommendations to some 50 literary agents based in the UK, Australia, and the US.  In addition to her work at Smart Quill Editorial, Donovan is also Literary Consultant for the Authors Club at Soho House West Hollywood and New York.

Looking ahead to her participation in the June 13 conference, Rights and Content in the Digital Age, Donovan shared her thoughts on the publishing’s new frontiers, how film companies are mining backlist, and what makes a story “binge-worthy.”

“Writing is a business here, not a luxury. I’ve seen the commitment and dedication of the screenwriters who come to LA to work.”Philippa Donovan

Publishing Perspectives: You have a comprehensive background in publishing. Can you describe what you do and how you came to create Smart Quill Boutique?

Philippa Donovan: In the past I worked as an agent, a scout and then a commissioning editor. It struck me that there was room for a new space within publishing that combined aspects of all three roles—scouting writing talent, developing that talent, and then finding placement for it. Effectively my role now is dual: I edit—mainly structural, and some copy editing—and I recommend unrepresented authors to agents.

This last service I call pre-agenting, and it’s been so successful I wondered whether there wasn’t a way to provide the same sort of movement for authors making the transition from book to film. Hence the boutique, which is an exclusive online platform for manuscripts available for adaptation.

PP: You moved from London to Los Angeles. What have you learned in the film and television industry that you were surprised by or didn’t expect?

PD: Writing is a business here, not a luxury. I’ve seen the commitment and dedication of the screenwriters who come to LA to work and I adore the way that focus translates over to their fiction and nonfiction projects. There’s an intensity to the creativity in this town which makes it a privilege to scout for new writing talent.

“The film business in Hollywood is almost mathematical in its approach to storytelling. The data is there, it can be crunched.”Philippa Donovan

PP: How does programming live events influence the way you approach the other side of your work? Does seeing what content works and what doesn’t on a physical level inspire a different kind of focus or strategy?

PD: The live events are a perfect antidote to the mainstay of my work—reading, bouncing around in my head. Editing, like writing, is a pretty lonely business. The workshops I run provide a facility for me to meet the authors, connect with them personally, find out where they struggle, where they exalt. So they’re not exactly about honing content, though that does manifest to a certain extent organically. It’s more about me witnessing the writing process and thinking of new ways I can support that process.

PP: One of the challenges that publishers have is identifying which backlist titles to focus on for promotion, repackaging, and potentially pitching to film companies. Do you have any suggestions of how to manage that?

“What consists of a binge-worthy book? How long would the plot have to sustain? Would it still adhere to a certain number of acts?”Philippa Donovan

PD: Well a film company would run some mega-statistical analytics on which books have been read and when and by whom since the beginning of time… And I think there is something in that. The film business in Hollywood is almost mathematical in its approach to storytelling. The data is there, it can be crunched. In terms of those books that make the conversion to screen, it’s the most inspiring thing that it’s often quiet books that get picked up and beautifully, thoughtfully, made.

The Revenant was not a bestseller. [The novel was optioned in 2001, but development stalled until 2010]. Brokeback Mountain emanated from a short story, admittedly by Annie Proulx who is kind of a big deal. So in terms of backlist discovery I think those books that never leave you, even if they sold zero, are the ones to focus on. Passion is the touchstone of our industry anyway, and, please, can someone make Stoner by John Williams into a film?

PP: What do you see as the future of cross-media relationships between publishers and film, gaming, television industries? Are there new media opportunities, stronger relationships with current media partners, or something else we haven’t anticipated?

PD: I have no idea what our brave new world is going to look like in 10 years time, because the way that we discover new tech, and the rate of that discovery, really drives new storytelling formats.

Social media like Snapchat looks like it will convert into a mini=advertising narrative, and Periscope as a platform could be interesting, too. In terms of film and TV specifically as media, I think there may be an opportunity to discuss the way in which we consume narrative. So instead of a story playing out over discrete episodes, it will conform more to the consumption of binge watching. Netflix and Amazon Prime already seem to be looking for projects on this basis.

What consists of a binge-worthy book? How long would the plot have to sustain? Would it still adhere to a certain number of acts? Structure will loosen up according to these new demands. I’m kind of looking forward to that which we have not anticipated.

Philippa Donovan (@SmartQuill) will be speaking at Publishing Perspectives’  Rights and Content in the Digital Age conference on June 13, Grand Hall at the NYU Kimmel Center in New York City. The conference hashtag is #pprights16. Tickets are available here.