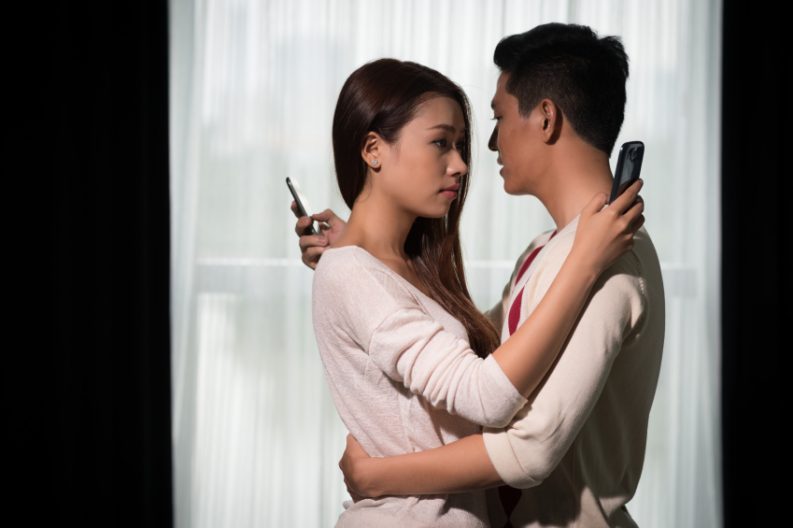 ‘There is no area in publishing today more transformed by digital than romance,’ Nielsen’s conference organizers say. And they’re creating an event for authors and publishers in July. ‘Room for Everyone in the Business’

“Ido think that the Romance Book Summit is going to be the one place we have the highest engagement of authors so far.”

And that makes this a departure for Nielsen. “We haven’t really found a good mechanism for engaging with authors at scale yet,” says Kristen McLean, Nielsen’s Director of New Business Development.

McLean’s presentation on July 14 of a Romance Book Summit, however, is something all-new. It’s being staged at the annual Romance Writers of America’s (RWA) 36th Annual Conference, which is set for July 13-16. Nielsen’s co-located full-day event is on Thursday, July 14, the second day of the RWA conference, in the same venue, the San Diego Marriott Marquis & Marina.

And one of the most intriguing elements of this program is that Nielsen is devising it for both authors and publishers.

There are two sets of pricing.

Publishers’ basic price is $475, and there are publisher specials available to reduce that price. Currently, $325 Early Bird rate is on offer, too, until June 24.

In the US, “certain categories had a larger representation in digital, such as romance with 60 percent ebooks and thrillers with 51 percent ebooks in 2015.”Nielsen Book Research: 2015 in Review

An author ticket is also available, deeply discounted to $215, and code RWA16 will create a $50 saving on that at checkout.

“We want everybody to come,” McLean says. And if anything, that note of inclusion is  probably the main key to the tone of the whole event. In fact, McLean says that Nielsen is inviting the entire board of RWA to attend the conference: all voices from this big, multifaceted community are wanted.

In chairing the conference, McLean is joined by co-chair Kat Meyer, who’s Director of Content Development and Acquisition with the Book Industry Study Group (BISG), and a longtime figure in conference planning in publishing.

At the Center of the Program: Challenges in Diversity

Nielsen’s early program notes for the event are clear about some of the main points of difficulty facing the romance sector of the industry today. Quoting from the introductory text:

Those who make their living off romance—publishers, authors and agents—are facing some big challenges as they

But it may well be in the area of that second point, that diverse marketplace, that this conference has a chance to make its biggest contribution.

“What we’ve been saying to publishers we want to engage is that the future of this industry is going to be written by all the stakeholders. And that there’s real value in bringing people together who want to talk about that future.”Kristen McLean

Like so many parts of publishing today, the issue of diversity doesn’t stop at a #WeNeedDiverseBooks understanding of a largely white industry. It also triggers internal questions about community, collegiality, candor. Put another way, #WeNeedDiverseAuthors, too, and no area of the publishing industry today is exempt from assessing its personnel and purpose.

The RWA membership, like so many parts of the US publishing industry, is working its way toward a more comprehensive context against a backdrop of mostly-white tradition. In last year’s RWA programming, several areas of controversy arose around diversity issues.

A panel discussion, “Diversity in Romance: Why It Matters”—Storified here by Alisha Rai—took on questions including, “Does a character’s diversity need to be essential to the story?

In one instance at RWA 2015, a publisher’s representative conveyed an impression in a conference session that her publishing house had little interest in diversifying its output’s appeal. Before all was said and done, the publisher, Pocket Books, was deep in damage control, writing in an open letter to the RWA:

“Pocket Books has for decades enjoyed and valued our relationship with the Romance Writers of America, and we fully support RWA’s Code of Ethics and efforts to encourage diversity in publishing in the romance field.  We look forward to more dialogue with RWA on this important issue, and to continuing to publish great books by romance writers of all backgrounds.”

There were also social media and blog entries following the conference including diversity panelist and author Rebekah Weatherspoon’s often poignant Twitter commentary on her experience and observations as a woman and writer of color.

And book reviewing came into the picture, too, as Bobbi Dumas, a reviewer with Kirkus and other outlets wrote in January of this year about the reviewer’s role and the industry’s need for diversity. She referenced Romance Writers of America:

At RWA last year, a panel on this issue…highlighted many of the challenges diverse books face, both within the industry and in the marketplace.

Dumas’ piece elicited from author Courtney Milan a long essay of her own (found by scrolling down on Dumas’ page), that might offer guidelines to any book reviewer hoping to promote diversity in reading. Milan wrote, in part:

You can do more than you have. You can include more marginalized voices. You can push to use your columns, your reviews, your leverage and knowledge of the community to elevate diverse voices. You can ask diverse authors for review copies and ask your higher-ups to pay you to review the books you go out and affirmatively find. You can use language that normalizes inclusion instead of treating it as aberrant.

And in the afternoon on July 14, the Romance Book Summit, as planned by McLean and Meyer, will feature a sequence of special presentations on diversity. This section of the day includes:

The day opens with an address by bestselling author and attorney Caridad Piniero. Her talk’s title: “Setting the Table: Why There’s Room for Everyone in the Ever-Evolving Romance Business.”

McLean, one of Nielsen’s most experienced research report writers, then provides key data to the attendees in “Romance: The Market Landscape from 10,000 Feet.”

Christine Larson of Stanford has a presentation, “Aren’t All Romance Authors Millionaires?” by way of offering findings from the Romance Writers 2016 study.

There’s a “fireside chat” shop-talk session with Smart Bitches’ Sarah Wendell leading the conversation, followed by a series of case studies including one from EverAfter’s Mary Cummings on formats and one from author Minx Malone on “Best Practicies for Marketing + Discovery.”

And there’s a report from Kelly Gallagher, Vice President of Content Acquisition with Ingram Content Group. IngramSpark’s program of distribution for authors, including self-publishing authors, has gone a long way to cultivate new sales channels for writers and publishers. Ingram is a key sponsor of the program, and Gallagher is among the most effective of the company’s presenters, seen earlier this year at DBW.

Another “fireside chat” session is to feature, among others, Deb Werksman of Sourcebooks.

It’s a busy, ambitious, and wide-ranging program based, as is the Nielsen trademark, of course, on research data.

McLean’s concept of the day’s inclusiveness is based on industry dynamics. “What we’ve been saying to publishers we want to engage” in the Romance Book Summit, McLean says, “is that the future of this industry is going to be written by all the stakeholders. And that there’s real value in bringing people together who want to talk about that future.

“That’s why we’ll have authors onstage and why we’ve had authors on our advisory committee, as well as publishers.

“Romance authors have deep relationships with their readers. They have the ability to really drive a lot of the engagement. They need to be included in these conversations. And they have a lot of opinions about it.

Meyer, for her part, talks of how Sunny Lee’s intent in her presentation is based in what she calls people’s “diversity chip on their shoulder.” Meyer: “She says that people need to be aware” that the effort in itself is important “and that people have to be kind to each other, compassionate with each other when we’re talking about diverse writings and diverse books. Everything from the writing to the marketing.

“She doesn’t want diversity to be specialized. She wants to normalize diversity.” That can be difficult, of course, “because there are affinity groups out there that aren’t excited about normalization,” feeling that they may lose what they value as special circumstances or place.

While some are not yet aware of Nielsen as an event producer, McLean led the company’s Children’s Book Summit in New York City last September, and has announced another iteration of it this year for October 27. (Registration information for that one is here.)

Nielsen also co-located an afternoon practicum at Digital Book World in March, Beyond the Data Basics: Practical Techniques for Solving Key Business Questions. And at London Book Fair, Nielsen served as research partner to the Quantum Conference, with a special presentation from Jo Henry. Quantum attendees, in fact, are just getting a copy of an extensive 2015 Review from Nielsen.

And as we reported here last week, Nielsen’s Kempton Mooney was at BookExpo America earlier this month in a presentation on under-recognized book markets.

McLean and Meyer say that the tipping point “for common sense,” as McLean puts it, may well come during Courtney Jones’  “Changing Face of America” report on multiculturalism and “the growing economic power of racially diverse marketing groups.”

But the bottom line here is an understanding that a search for unity in the work and output of the romance community may best be based in a coming together within the industry.

“We want everyone in the room,” McLean says. “That’s the main thing.”