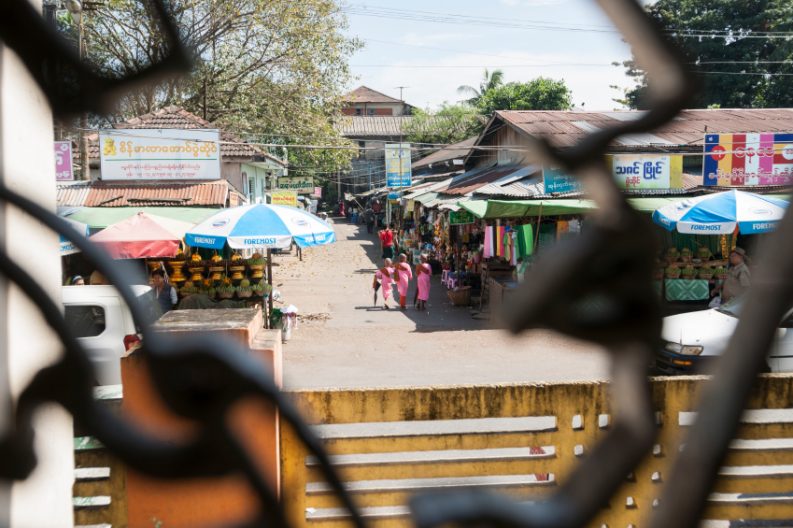 The European ‘House of Literature’ tradition of a non-commercial café-style center for writers may be in the offing in Myanmar, at the site in Yangon of a once-censored newspaper. A back street in Yangon. Image – iStockphoto: Brians 101

A ‘Pioneering Hub for Literary Expression’

As reported by Zon Pann Pwint in The Myanmar Times, U Cho Tun was editor of the local newspaper The Guardian from 1983 until 1988, but remembers only one “brief period of press freedom,” from August 24 to September 18, 1988.

It was then that the pro-democracy “8888” movement swept through the country then called Burma. “During this period, we reported not only the government news but also the news of protests and demonstrations and the opposition in The Guardian newspaper freely,” he tells Zon Pann Pwint. On September 18, 1988, the newspaper was closed.

The House of Literature, says Jørgen Lorentzen, Director of the Oslo-based Hedda Foundation, “is a house celebrating and practicing freedom of speech every day.”

The House of Literature movement, which began in Berlin in 1986, works to provide non-commercial spaces in which writers and poets can freely discuss their work, read, and launch published material. “We have experiences from the success of the House of Literature in Norway and other countries, and if there’s one important thing needed in Myanmar, it’s a place for writers and others to meet and present their work, to read poetry, to discuss and participate in the development of the future of Myanmar.

“We are now discussing the issue with the new minister of information, U Pe Myint. He [has expressed enthusiasm for making] an agreement with us for a long-term rent … I hope this will happen any day.”

Plans for the Yangon House of Literature include a bookstore, café, and restaurant, which the organizers hope will attract both writers and non-writers.

Although there are delays in securing the lease for the building, the group behind the project says they’re hopeful that everything will be in place for an opening in 2017.

Ma Thida, writer and president of PEN Myanmar, says she believes that the House of Literature is vital to promote freedom of speech and further development of the country’s literary scene, free from government interference.

“As PEN Myanmar,” she says, “we have our own space. But we are involved in the establishment of the House of Literature for the sake of other writers, poets and journalists who don’t have their own space for expressing their opinions and ideas. [It] should be an independent and perpetual organisation, accomplished and controlled by writers themselves.”

As Zonn Pan Pwint writes in The Myanmar Times:

“For now, the historic building that came to symbolize state censorship awaits renovation. Its new lease on life–if given the green light by the Ministry of Information–would mark a leap forward for freedom of expression in Myanmar.

“‘What is remarkable about The Guardian building is that a poem written by Nobel laureate Rabindranath Tagore was inscribed on a stone slab inside the building, in memory of his stay there when he visited Yangon on March 24, 1924,’ U Cho Tun said.

“The poem reads: ‘Thou hast made me known to friends whom I knew not / Thou hast given me shelter in houses not my own. / Thou hast brought the distant near / And made a brother of the stranger.’

“If all goes well, words written as memory may become a prophecy of better times returning.”