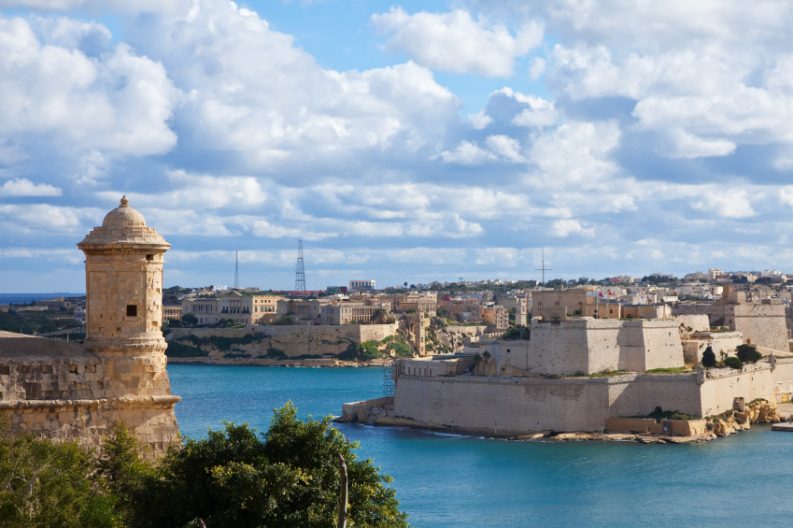 ‘The increasing globalization of information has made people aware that they have their own indigenous culture and literature,’ says Mark Camilleri of Malta’s National Book Council. There’s a bit of cachet to being able to say that one has visited Malta. Among the most beautiful and singular parts of the Mediterranean, it’s a history-rich jewel with, as Chip Rossetti tells us, a robust literary life of its own. The Malta National Book Festival is set this year for November 9-13, and potential exhibitors can make an application using this PDF. — Porter Anderson

Globalization as a Reminder of Indigenous Culture

Set in the Mediterranean south of Sicily and directly east of Tunisia, Malta occupies a unique position in the world: at 316 square kilometers, it is the smallest member state in the European Union.

Its long history as islands ruled and colonized by other powers has led to its unique language, Maltese, which derives from medieval Sicilian Arabic, with elements of Italian, Sicilian dialect, and English as well.

In a conversation following one of his presentations at Abu Dhabi International Book Fair, Mark Camilleri, the Executive Chair of Malta’s active National Book Council (il-Kunsill Nazzjonali tal-Ktieb), presented an overview of Maltese literary culture and its small, but growing, publishing industry.

With a population of 450,000, Malta (which comprises three islands—Malta, Gozo, and Comino) is a republic of recent vintage: it was occupied by the British in 1800, and gained independence in 1964.

As Camilleri points out, modern Maltese literature is new, too: although the first literary text in what is recognizably Maltese dates to the 15th century, most Maltese would date their national literature to the poet Dun Karm Psaila, whose writings in the 1920s and 1930s “practically invented the wheel,” Camilleri says, for Maltese literary writing. The romanticism that marked Dun Karm Psaila’s work was rejected by the “Movement of Literary Awakening” in the 1960s, in which younger writers sought to break with the recent literary past.

Nowadays, the writer who best represents the dynamism of contemporary Maltese literature is Immanuel Mifsud, author of several short story collections, novels, and poetry. In 2011, Mifsud’s novel Fl-Isem tal-Missier (u tal Iben) — In the Name of the Father (and the son) — won the European Union Prize for Literature, the first awarded to a Maltese writer.

Even more recent is the success of Palestinian author Walid Nabhan, who immigrated from Jordan to Malta several years ago and learned Maltese well enough to become an award-winning Maltese author, winning the 2014 Maltese National Book Prize for his latest novel.

As Camilleri tells it, Mifsud and other Maltese writers of his generation were heavily influenced by the styles of British authors in the 1990s, such as Irvine Welsh and Martin Amis. When the country became independent, both English and Maltese were made official languages, and English is widely used in higher education.

With such a small population, and a publishing industry that brings out 600 books a year, Maltese literature would seem to be vulnerable to non-Maltese influences and market forces. But, in fact, the opposite is the case, say Camilleri: “Foreign influences have helped locals become more interested in their own literature.

“I do not see the Internet as a competitor to Malta’s own fiction.

“In general, the increasing globalization of information has made people aware that they have their own indigenous culture and literature.”

Facebook in particular has worked in favor of local books, Camilleri says, and has boosted the profiles of Maltese authors.

And indeed, Maltese literature relies on a small base: there are only six publishing houses in the country, and they rely on the steady sales of children’s books to subsidize their adult fiction.

For reasons of scale, ebooks aren’t a factor in the local market; Maltese publishers haven’t found it practical to do ebook conversions for such a small readership. Additionally, there’s one primary bookselling chain in the country, Agenda Bookshop, which acts as a major distributor and seller. Particularly since the arrival of Amazon is blamed by many for putting most of Malta’s smaller bookstores out of business, the Agenda has had little in the way of brick-and-mortar competition. “It’s practically the only bookshop in Malta,” Camilleri says.

About Iceland: ‘We Hope To Learn From Them’

Only recently has the National Book Council taken the step of translating Maltese texts into English in order to facilitate translations into other languages.

In this respect, Camilleri compares Malta’s literature to that of Iceland — another small-population island nation with its own language and literary heritage. In that case, he takes heart that Malta’s international literary presence is similar to that of Iceland’s a generation ago.

“We hope to learn from them,” says Camilleri. “We are doing many things they used to do 30 years ago.”

But nearest to Camilleri’s heart is the Malta National Book Festival, which takes places in November each year. The Festival started as an annual trade-oriented book fair aimed at the general public. In 2013, it was renamed “Festival” to emphasize its cultural and educational dimensions.

The Festival now holds a greater cultural cachet for the reading public. At the same time, it’s still important for commercial reasons, particularly for smaller and more academic presses, although, as Camilleri points out, “Nothing is large in Malta.”