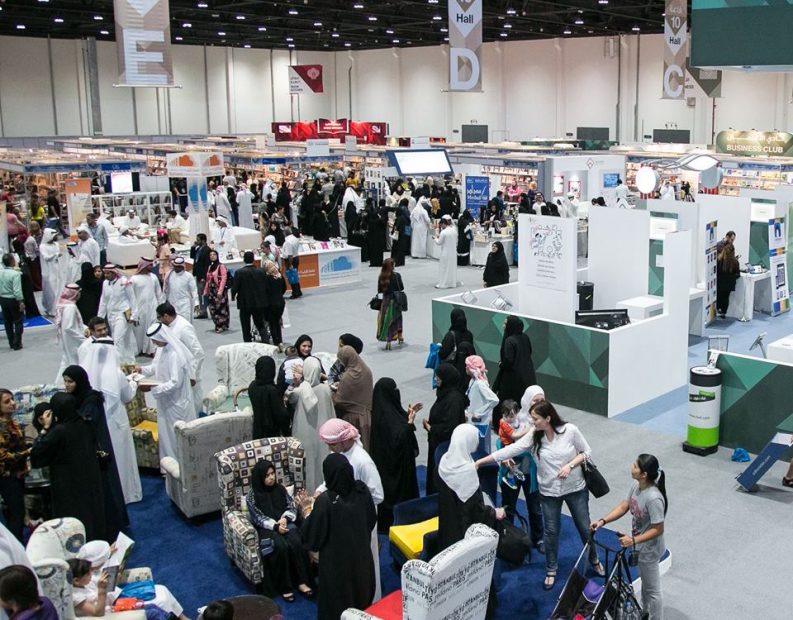 ‘With piracy, we cannot pay for either rights or good translations,’ says publisher Hassan Yaghi. His Dar al-Tanweer has offices in three nations and sees the Arabic publishing world’s challenges well. The Lebanese publishing house Dar al-Tanweer has a refreshingly wide range of titles on display at its stand at the 2016 Abu Dhabi International Book Fair, which closes today (May 3).

The house’s strong editorial program reflects its recent return to publishing. The flexibility it is afforded as a publishing house with three divisions in three countries — Beirut, Cairo, and Tunis — allows it to acquire and distribute its books more widely across the Arab world.

In a conversation at the stand, Dar al-Tanweer’s editorial director, Hassan Yaghi, has given us an overview of the house’s editorial tastes, and has filled us in on his concerns about the threat of book piracy worrying Arabic-language publishers.

Yaghi has worked in book publishing for more than 30 years. He tells us: “From 1987 until 2012, I worked at al-Markaz al-Thaqafi al-Arabi [Edition Centre Culturel Arabe] in Beirut, although they also have an office in Casablanca.”

That house’s two-office publishing model no doubt made for an easy transition when he came to Dar al-Tanweer in 2012.

Dar al-Tanweer published books in the 1980s, but by the end of that decade, it had stopped publishing new books. It was only much later, in 2008, that the house was revived as three related publishers, allowing them to pool resources and split printing costs.

The Tunis office is headed by Nuri Abid and his son Wa’il, while the Cairo branch maintains its own active Facebook page.

The books themselves are printed in Lebanon, but the unique three-part structure allows the house to cover the multinational Arabic-language market effectively.

“We publish about 50 books a year,” Yaghi says, “including novels, philosophy, essays, literary criticism and books on science. Around 40 percent of our books are translations from other languages: those are the most widely read of our books, and the ones that draw the most interest from our readers.”

A quick review of the books on display at the stand gives you an idea of the high number of translated works in the mix here, both fiction and nonfiction. Authors include Roberto Bolaño, Ivan Klima, and Laszlo Krasznahorkai, all appearing in Arabic translations, as well as science titles by Stephen Hawking and Lawrence Krauss, and older works of fiction newly translated, such as Oscar Wilde’s The Picture of Dorian Grey and Sinclair Lewis’ Babbit. “This year we translated The Girl on the Train and Game of Thrones,” Yaghi says, the latter translation reflected in a photo on the house’s Facebook page showing George R.R. Martin holding up newly-printed copies of his books in Arabic.

They publish an impressive array of Arabic-original authors, as well, including texts by the prominent Saudi-born Abd al-Rahman Munif, as well as Rabee Jaber (winner of the 2012 IPAF award), Iraqi novelist Murtaza Gzar and Egyptian novelist Ahmed Naji, currently in prison for a complaint against his novel Istikhdam al-Hayah.

“We are interested in novels with intellectual themes,” says Yaghi.

Since the house’s relaunch in 2008, Dar al-Tanweer has done well at the International Prize for Arabic Fiction (IPAF) too. In 2015, author Shukri Mabkhout won for his novel The Italian, while this year, the house had three books on the IPAF longlist, as well as ‘Utarid, by Egyptian novelist Mohamed Rabie, which made it to the short list this year.

As it turns out, Rabie is not only an al-Tanweer author, but works as an editor at the Cairo branch. Set a few years in the future, ‘Utarid is a dystopic fantasy of Cairo as a shattered wasteland, one that reflects the more pessimistic outlook of Egyptians five years after the ousting of Mubarak.

While Yaghi is pleased for his authors’ successes, he doesn’t mince words about a less happy topic, book piracy:

“The biggest problem in book publishing in the Arab world today is illegal copying,” he says.

Yaghi is now in the process of putting together a bloc of Arabic-language publishers, to oppose piracy as a group. Piracy is particularly problematic for al-Tanweer and any like it that produce a lot of translations.

“I pay a lot of money for rights and translation, but then someone copies the books illegally. Poorer countries outside the Arab world can sell 5,000 to 10,000 copies of a translated title, while we In the Arab world will only sell 1,000 copies of the same book. Why? Because of pirated copies.”

And of course, as Yaghi acknowledges, the ease of distribution of electronic copies has only made matters worse. As a publisher, he has self-interested reasons for opposing pirated editions of his books. But there are greater issues at stake as well: “With piracy,” he concludes, “we cannot pay for either rights or good translations.”

From the Dar al-Tanweer site