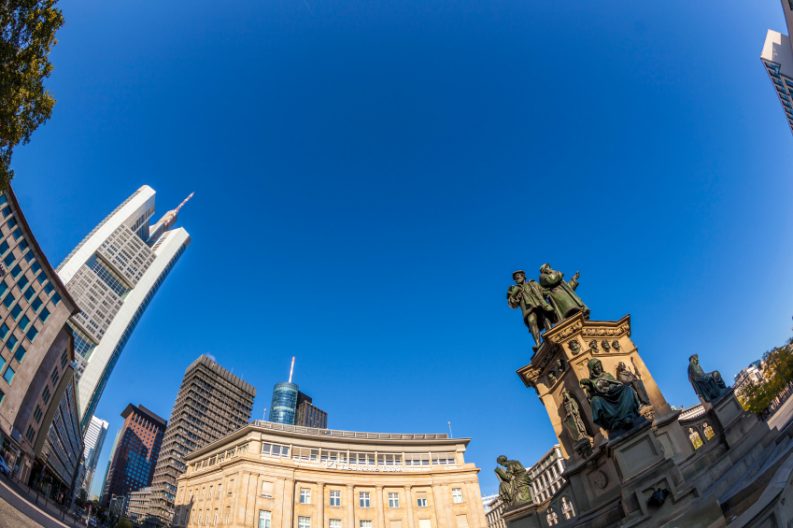 As Germany’s publishing industry reels from a Supreme Court ruling on copyright levies that could plunge some houses into bankruptcy, legal counsel to the Börsenverein tells us that a Constitutional Court challenge will be attempted. ‘The Effects Are Potentially Disastrous’

The international publishing industry was caught largely off-guard earlier this month when the Federal Supreme Court of Germany ruled that publishers are not entitled to half the money from copyright revenues gathered by the collection agency Verwertungsgesellschaft, or VG Wort.

“The argument we will bring in this procedure is no longer an argument in civil law, but the fundamental question of whether exceptions to copyright – such as those for private copying and reprography – may be imposed upon publishers without any form of adequate remuneration.”Dr. Jessica Sänger

In reports such as one from Anja Sieg at The Bookseller, we read of concerns that the sums the publishers are required to repay could run into hundreds of millions of euros. “Depending on the size of the publisher,” Sieg writes, “reclaims will amount to between 20 and 200 percent of their average annual profit.”

As important to world publishing as the German industry is, it’s obvious that we need some understanding of this development and its implications.

We’ve turned to Dr. Jessica Sänger, Legal Counsel and Deputy Head of the Legal Department with the Börsenverein des Deutschen Buchhandels, Germany’s Publishers and Booksellers Association. Digital Book World (DBW) Conference delegates may remember that Sänger gave an overview of anti-trust activities in Europe at DBW in New York City in March. The Borsenverein’s press release on the Supreme Court ruling refers to it as “a hard blow to publishing culture in Germany.”

We’re grateful to Sänger for a quick and comprehensive response to our questions, and we hope you’ll share with us in comments any thoughts you may have on the situation.

Publishing Perspectives: Dr. Sänger, can you first tell us what has been the standard practice concerning copyright monies collected in Germany? Jessica Sänger: Generally speaking, the agreed split has been 50-50 for academic works and 70-30 (in favor of the author) for works of fiction.

These splits were agreed within the statutory bodies of the collective management organisation (CMO) VG Wort, where authors and publishers have been equally represented and which operates under the supervision of the German Patent and Trademark Office, a government agency.

I should add that this system has been in place for decades and was always considered legal.

PP: The new ruling earlier this month from the German Federal Supreme Court seems to be that, in fact, publishers don’t have a right to take half of the copyright money — all of it must go to the author, correct?

JS: The ruling appears to say that the CMOs concerned may not distribute to publishers since they are not original rights-holders. The court does not recognize the rights transfer from the author to the publisher – at least in any practically relevant cases – as a sufficient basis for the publisher’s participation in the revenues collected by the CMOs. Since authors are rights-holders in their works, I understand the court to say that authors are the sole legitimate beneficiaries of the levy system.

It is, however, important to bear in mind that the Belgian case brought to the European Court of Justice for preliminary ruling (HP/Reprobel) – which was decisive for the outcome of the German case – is a claim made by a manufacturer of copying devices hoping to avoid paying levies, not by an author. It will be interesting to see where this leads.

PP: And this seems to be a retroactive ruling, meaning that the publishers must now pay the authors the half of any copyright funds received over the years. Is there some statute of limitations?

JS: The ruling applies to the case which was brought to the German courts in 2011, in which an author contested the distribution system. Under German law, the general limitation period is three years.

Since 2012, VG Wort, VG Bild-Kunst, VG Musikedition and GEMA have been advising publishers that their payments to them are made under the condition that their defense in this litigation is successful, and that there is a risk that they will have to ask for the money back if it fails.

This is now the case, so VG Wort and the other CMOs are obliged to request repayment of the distributed funds from publishers going back to 2012.

PP: Reports we’ve read sound quite dire. Apparently we’re talking about a great deal of money. Could we see some publishers go out of business because of this?

“Yes, we are worried that some houses will be forced to file for bankruptcy. We also fear that jobs are at risk where publishers are forced to cut costs radically in order to survive.”Dr. Jessica Sänger

JS: We are indeed talking about huge sums. From what we have heard from the four CMOs which are affected, we estimate that around 300 million euros (US$336 million) will have to be returned by publishers.

Indeed, depending on the size of a publishing house and the degree to which they have relied on levy distribution in the past, the effects are potentially disastrous.

Academic publishers are generally hit harder, since their share in CMO revenues has been higher, but also because their works are more heavily used under the exceptions in question. Publishers are now in the process of trying to balance their books in the face of the claims they expect to receive in the autumn.

And, yes, we are worried that some houses will be forced to file for bankruptcy. We also fear that jobs are at risk where publishers are forced to cut costs radically in order to survive.

PP: I’m seeing in some reports that there’s no legal recourse here. The decision of the Supreme Court is described as final and irrevocable without some legislative intervention?

JS: This ruling was handed down by the German Supreme Court in civil disputes, the Bundesgerichtshof. It is the court of third and final instance, which means that there is indeed no avenue for appeal. The only remaining route is to raise a constitutional complaint with the Constitutional Court. This procedure does not delay the immediate effect of this final ruling of the regular courts.

Constitutional complaints are available only where the complainant can make a case of infringement of a Basic Right under the German constitution. Such a complaint must meet very high standards in order to even receive a hearing at the Constitutional Court. In this matter, the publisher involved in the litigation has – with the support of Börsenverein – decided to take this unusual step.

The argument we will bring in this procedure is no longer an argument in civil law, but the fundamental question of whether exceptions to copyright – such as those for private copying and reprography – may be imposed upon publishers without any form of adequate remuneration.

The constitutional question is whether such exceptions constitute expropriations of intellectual property. Expropriation without compensation is generally deemed unconstitutional in Germany. For this reason, the case calls into question the entire system of exceptions to copyright which foresee compensation to publishers as reparations for the damage they cause to the publishers’ commercial opportunities.

In my opinion, this fundamental question will need to be addressed and resolved before discussions on further exceptions can go forward.

PP: And where, then, do things stand now? Do publishers have to begin repaying immediately? Is the collecting society (VG Wort) also considered to be in some way legally responsible for the situation? Indeed, can it be determined whether the court considers the publishers or the collection society to be more to blame?

JS: As indicated, publishers expect that the CMOs will approach them during the course of this year, requesting repayment of distributed funds. It is unlikely that publishers will be able to avoid these claims.

I don’t think this is really a question of blame. The CJEU’s ruling in the HP/Reprobel case came as a surprise to many. In fact, it is perfectly understood that publishers have always been considered to be rights-holders by virtue of transfer of rights. This is obvious from various pieces of European legislation and was in fact the stated intention of the German legislature when section 63a was added to the German copyright code in 2006 in order to ensure the continuation of this status.

The German Supreme Court in its new ruling realized that this had been intended, even quoting the reasoning given at the time. However, it felt that the provision enacted with this sentiment failed to achieve the legislature’s will, and hence disregarded it.

“From what we have heard from the four CMOs which are affected, we estimate that around 300 million euros (US$336 million) will have to be returned by publishers.”Dr. Jessica Sänger

This is a most unusual situation, and if blame is to be laid anywhere, it is probably with the German legislature of the day. I don’t think CMOs or publishers can be blamed for relying on their lawmakers.

It is essential now that the mistakes of the past are corrected, at least for the future. We urgently need a clarification of the law, both at national as well as at European level, to ensure that publishers can again receive the share of CMO revenues which both European and national legislatures have clearly stated that they should receive.

We are confident that the political statements to this effect made by the German Ministers of Justice and Culture as well as by the European Commission, will lead to tangible results.

But if publishers are to be able to continue to do their jobs, this will have to happen very soon.