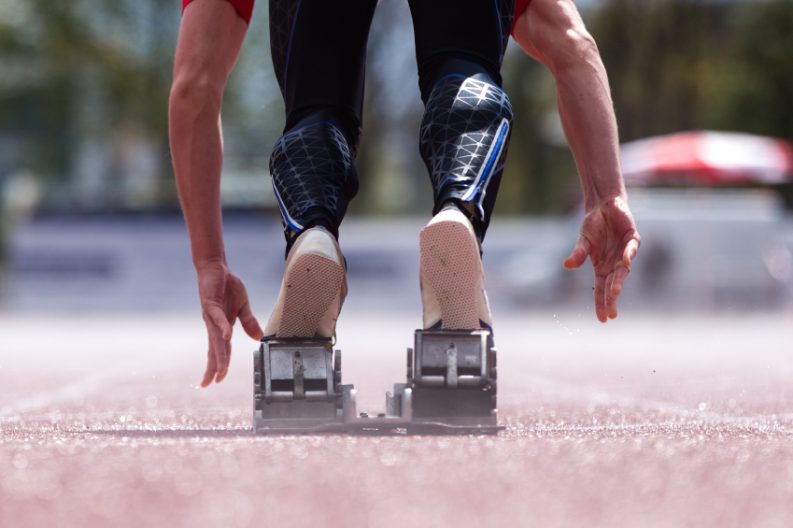 ‘Our ebook sales have been going up, not down,’ says INscribe’s Larry Norton. And the ‘micro-publishers’ scrappy enough to make that happen also want a faster, easier path into print.

‘The Biggest Advantage Is Flexibility’

The proverbial alien dropping in on us from space might be forgiven for thinking things were running backward. It was all going to digital, you’ll recall.

“We started out primarily as an ebook distributor,” says Larry Norton, Senior Vice President for business development at INscribe. “And we saw this demand. Largely from our own clients. And we said, ‘Well, maybe we should listen to our clients, that’s a novel idea.'”

Norton is laughing but the demand is serious. “It’s a different workflow, it’s a different product. It takes finding the right partners. It’s a fairly sizeable project, a new product of this type.”

He’s talking about INscribe’s INdemand, which has been announced this month, another entry in the expanding field of what might be called print-lite: customizable suites of services for publishing interests that want and need print, but not in the big-run, offset legacy mode of large-scale publishing. In the same field as the short-run, inkjet technology that Ricoh is featuring, INdemand is a response to a rising interest in print that has less to do with trucks and warehouses than with targeted runs and niche markets.

Basically, we all ran toward digital, right? Now, there’s a sprint back to print but with lightweight gear: a lot of players are deciding it might be better to have a piece of the action in both worlds than just one. “That’s what we saw, and why we felt this was a good investment,” Norton says. “It would make less sense if the ebook market was still doing double- and triple-percentage growth year-on-year. But now that it seems to have settled down—in part because there’s still demand for print—many of our clients who started out as e-only, they themselves (publishers) and their authors were telling us, ‘You know, I still want print. I have readers who only read in print.’ Or ‘My mother wants the book for her book club but they all read in print.’ That kind of thing.

“It’ll be interesting to see for some of these clients what the percentage of their sales will end up being print. Most of them will be print-on-demand (POD),” which is, per the branding INdemand, central to the service.

Many of the clients Norton is talking about aren’t publishing household names, per se. Some of INscribe’s clientele lies in a category described as “non-traditional publishers and content owners,” such as media companies, consultancies, and PR and ad firms. When it comes to authors, the company’s material has a helpful bit of phrasing to explain who might best benefit from what it does: “Our ideal author clients are professional writers with at least five published titles to their credit—authors who understand the challenges of the marketplace and are seeking a distribution and marketing partner that can help them grow.”

For the most part, however, INscribe and its new INdemand services are handling a special mid-ground in industry players, certainly harder to detect on the landscape than the majors but energized by the kind of market-segmentation that digital supports.

“There is a lot of activity out there with these micro-publishers, a lot of people trying different business models.”Larry Norton, INscribe

“The market we’ve targeted [comprises] publishers whose programs are too small to be accepted by the large distribution companies. IPG or Perseus or Simon & Schuster or Random House, the companies that do distribution typically have minimums that publishers have to meet to be taken on as clients. On the other end of the market, there’s the self-help market, the people who can put their ebooks on Amazon or IngramSpark or Barnes & Noble, and there are a lot of people who have done that. But there’s a middle ground of people big enough that they need and want more support and they want broader distribution and they want discovery.”

Small is not forever: some of these companies INscribe helps when they’re very small are growing and will stay with the company as they scale up. “We work with clients at small size because three or five years after they join us they might be big enough to move” to a larger distribution provider “but they don’t move, because we’ve worked with them all along.”

Some will likely see IngramSpark as the logical competitor to INdemand, and Norton doesn’t disagree with that comparison. (Mike Shatzkin, in a new post looking at distribution, notes that Ingram has “effectively, five different full distribution options to offer.”)

“In some ways,” Norton says, “we’re the same — we’re offering print on demand, the same formats, the same kind of distribution channels. But the value-add we offer is service. We have a very high-touch service, each client has a service manager. And we’re offering not just tech support but publishing support…We’re regularly advising our clients on everything from pub dates to prices.”

INdemand does offer offset printing for larger runs, Norton says, and if and when needed, the program can supply sales-force integration into bookstores, working through its partnership with the Independent Publishers Group (IPG) and its also-new Amphora distribution program.

“For publishers who have aspirations for titles that might break out and need broader distribution,” Norton says, “this is a very attractive offer.”

INscribe’s printing services partner in INdemand is Michigan-based Edwards Brothers Malloy, which ranks itself as the States’ fifth largest book and journal manufacturer.

“Most of what we do is inkjet,” Norton says. “We do offer some color…and when we were in discussions with Edwards Brothers Malloy, they said, ‘You’re yet another indication to us of what we’re seeing—an increase in demand for short-run printing.’

“They’re investing more in that part of their business,” as is Ricoh and other operators in the field. “It’s been growing dramatically, which is why IPG is also offering print-on-demand, not just for us but for other clients, too.”

It’s interesting, these days, to look at a calendar of releases in the States, the world’s leading publishing market, and to note that there certainly are major releases on a regular basis. For example, Neil Gaiman’s essay collection The View from the Cheap Seats releases on Tuesday (May 31) from HarperCollins’ William Morrow, and the publisher is reporting to Publishers Weekly an initial print run of 150,000 copies. But the number of such heavyweight arrivals in the marketplace in a given week is limited. For the most part, shorter runs are beginning to make sense in lots of cases, up and down the industry.

“A couple of things have happened,” Norton says. “One, the technology has gotten better” in terms of the quality that high-end inkjet can deliver for POD. “And it’s gotten cheaper. The printing industry has changed dramatically over the last 15 years, and the quality of good print-on-demand is almost indiscernible from offset. That wasn’t the case 10 years ago.

“So overall, it’s those combinations of quality, availability, pricing, the resources the industry has to meet the demand. I think this makes the industry better, we’re becoming more efficient.” ‘The Spring’s Data,’ UK and US Charts From Nielsen Book Research

Norton refers to Nielsen’s reports of the Big Five publishers’ market share (in ebooks) going from 46 percent of the market in 2012 down to 34 percent of the market in 2015. By contrast, a combined set of numbers Nielsen put together for self-publishing authors and “very small publishers” took a growing share of the US ebook market, up from 19 percent in 2012 to 42 percent in 2015. The assumption, then, is that a good bit of share is moving as the digital dynamic presses onward. You can see this charted in our story today (May 26) here.

“And we see this,” Norton says. “There is a lot of activity out there with these micro-publishers, a lot of people trying different business models. And they’re seeing that they do have the capability of getting market share.

“Our ebook sales have been going up, not down. But that’s a reflection of our client base. A lot of creativity, a lot of ingenuity is going on. The biggest advantage they have is flexibility. They move quickly when they see something they need to do.

“They’re not tied to a print cycle. They don’t need to sell to Barnes & Noble eight months ahead of publication. When you’re not tied to that kind of selling cycle, it opens the door to so many things, how you cadence your publications.

“We see publishers doing series and being very creative about how they do those series, how they link one book to the next, how they price everything. It’s much harder in a big house.

“We very much have set our sites on trying to create an alternative,” Larry Norton says. “To have this alternative where the chemistry is right for all players? We don’t think we’re going to get 50-percent market share, but we think we can make a significant dent in the market.”